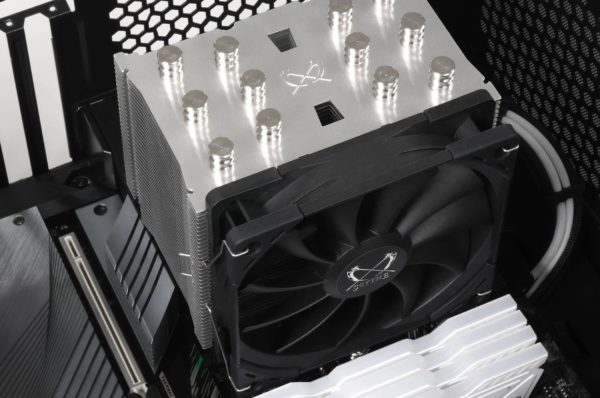 One fan after another is changed on the Mugen 5’s heatsink. It wasn’t that long ago that we wrote a report on the “S” variant (with the Wonder Snail 120 fan), which supports the Intel LGA 1700 platform. And there really are a lot of variants that differ mainly by the fan. But this latest one, also referred to as revision C, might be the most efficient. At least among those options that are designated for Europe. END_OF_DOCUMENT_TOKEN_TO_BE_REPLACED 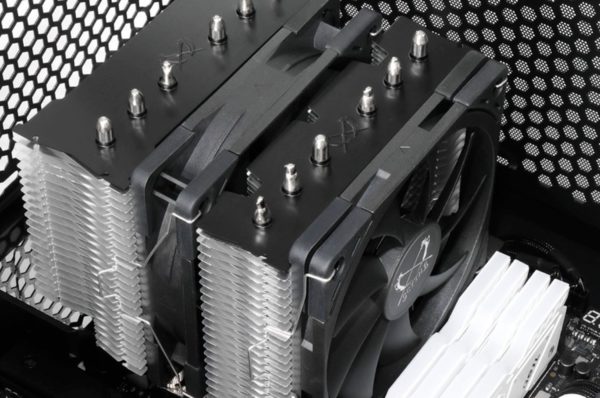 As is Scythe’s habit, the Fuma 2 cooler comes with support for a new platform (Intel LGA 1700) with a new revision (B). However, in addition to compatibility, the fan speed range has also been expanded. Instead of Kaze Flex 120 PWM, Kaze Flex II 120 PWM are used. The combination of a narrower fan in the front and a wider fan in the middle remains. The inverted fan blades are also retained, which rotate in an unconventional opposite direction. END_OF_DOCUMENT_TOKEN_TO_BE_REPLACED 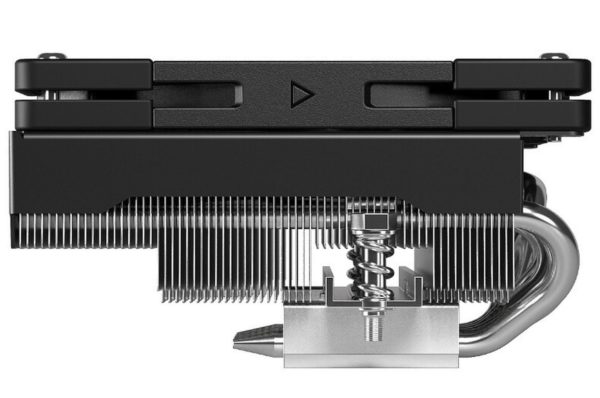 Scythe has followed up the original Big Shuriken 3 cooler with a new revision. It brings, in addition to native support for Alder Lake processors, a supposedly improved fan. The Kaze Flex II is said to achieve the same cooling performance at lower noise levels, which is nice in the inexpensive top-flow category. There are really few coolers like this, and the Big Shuriken 3 rev. B has all the prerequisites to sit on an imaginary throne in its price category. END_OF_DOCUMENT_TOKEN_TO_BE_REPLACED

The original fans are quite slow, so it was especially fascinating to watch how the heatsink behaved with settings that are not intended for it – with a proper airflow through the ribs. Not only with both fans, but also with just one. Some results really surprised us. And the temperatures in the passive mode are very interesting too, one of the reasons why Ninja coolers have such a good reputation. END_OF_DOCUMENT_TOKEN_TO_BE_REPLACED 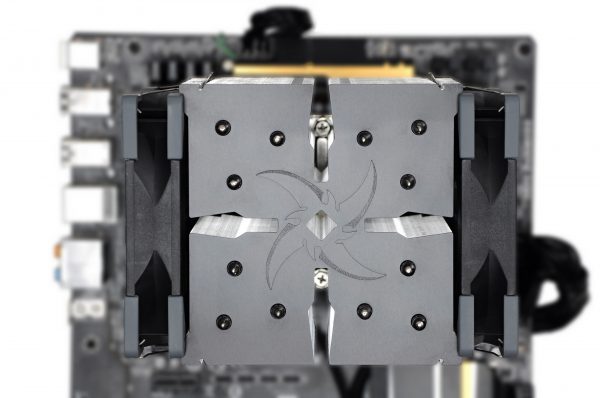 The fourth Ninja was a pleasant surprise (mainly because of its unattractive predecessor). Scythe used improved version of the first two designs, and shortly after created popular Fuma series based on Ninja 4. Fuma rev. A was the best deal for the money, although the current second version is a bit different story. Now there’s the new Ninja 5 that looks very promising. The core remains unchanged, but the cooler is bigger and stronger than before. END_OF_DOCUMENT_TOKEN_TO_BE_REPLACED 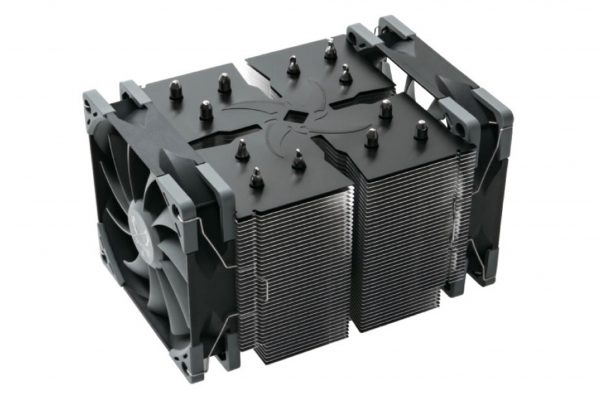 The Ninja cooler series is very unique. It has been twelve years since the introduction of the first model. Even after such a long time, the Japanese company constantly enhances its original design and increases its efficiency. After four successful generations, they are releasing the fifth Ninja. Modestly, without fanfare and any drama, the way they always do. All the more appealing surprise. END_OF_DOCUMENT_TOKEN_TO_BE_REPLACED 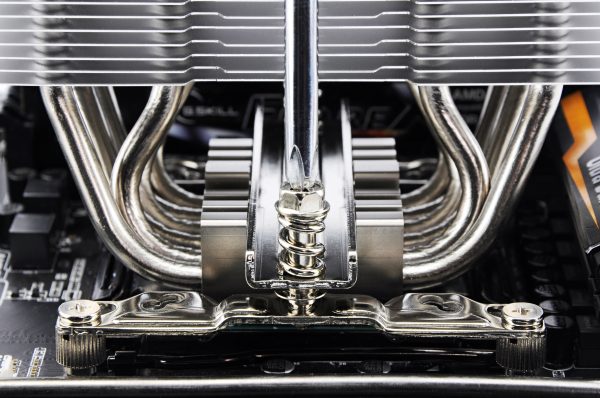 One of the things that make testing of CPU coolers interesting is that you can never know how will a particular cooler perform. There are too many variables that affect the results. Such as the pressure on the processor, for example. We‘ve tried to find out what a weaker assembly system can cause, but also whether it pays off to cross the safe threshold. END_OF_DOCUMENT_TOKEN_TO_BE_REPLACED 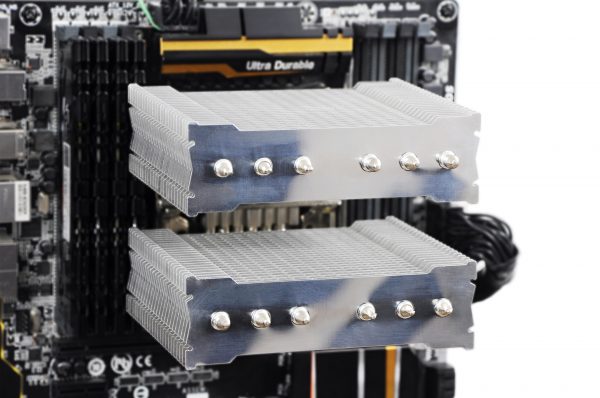 What are the best settings for Fuma? This is a question that belongs to our complementary review where we traditionally test heatsinks with reference fans. This time in two configurations, with one and with two fans. We went from really noisy settings to completely silent mode. The temperature behaviour is captured minute by minute. Let’s take a look at how this twin-tower handles passive cooling compared to top-notch coolers. END_OF_DOCUMENT_TOKEN_TO_BE_REPLACED 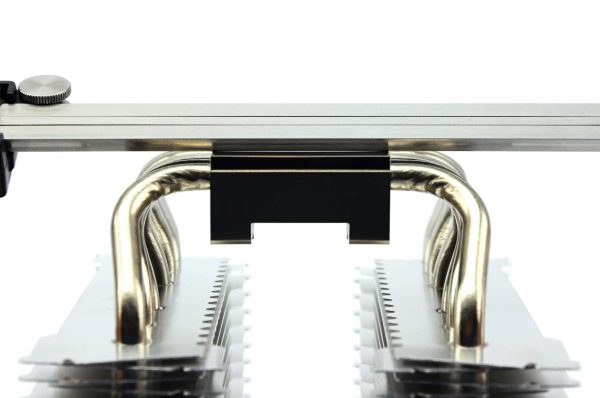 Improving production by making it cheaper is often done regardless of whether or not a particular product is doing well on the market. Scythe Fuma probably belongs to the “worse category“, which is also proved by its low availability. It seems that the manufacturer had to start to save up to maintain the production. It is no drama, but this tastes a bit bitter because the first version was the best product for its price. END_OF_DOCUMENT_TOKEN_TO_BE_REPLACED 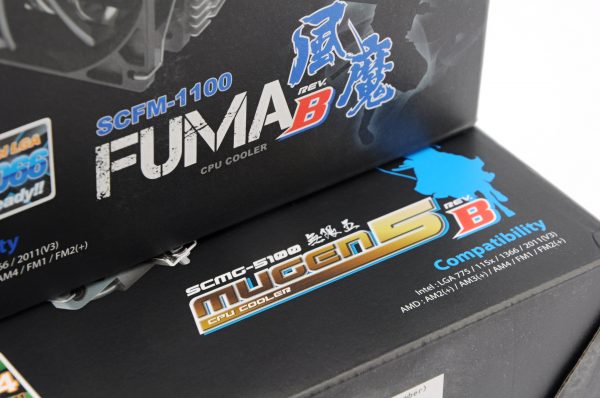 We have finally acquired samples of the current models of Scythe processor coolers which have ambitions to be crowned in the upper middle class. They proved their dominance several times in this segment. We always pay special attention to exceptional components and we gladly do some extra tests outside our classic procedures. In this “preview”, you can let us know what exactly it should be. END_OF_DOCUMENT_TOKEN_TO_BE_REPLACED 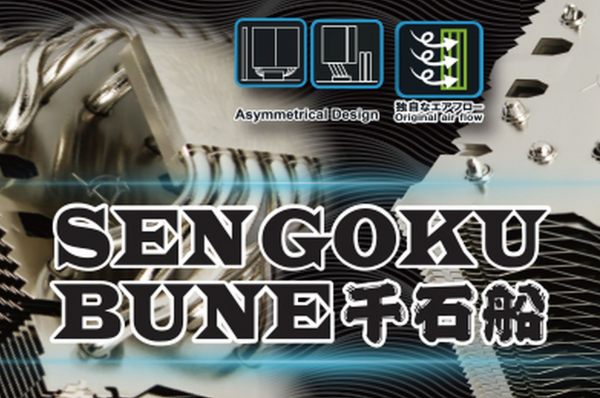 Scythe coolers are one of the best in their category and, except for Ninja 3, they are holding their position firmly. It is difficult to find anything more effective than Scythe Fuma under 50 euros. And it looks like that things are about to get even more interesting. The latest model is named after the warships used in the 17th century by the Shimazu family. So, perhaps we will meet the new champion soon. END_OF_DOCUMENT_TOKEN_TO_BE_REPLACED