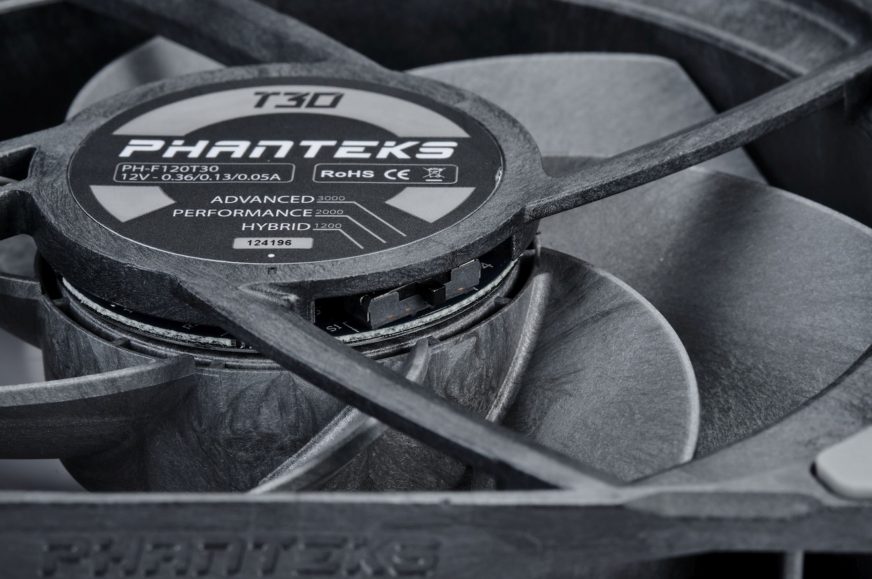 Phanteks has released a 120-millimeter fan with an atypical thickness of 30 mm. Thanks to such a profile, the rotor with the same cross-section can have a larger blade area. And since the blade shape on the new Phanteks fan resembles that of the Noctua NF-A12x25 PWM, there was immediate speculation about “the new king” and so on. However, this may not be so clear for several reasons.

It was probably just a matter of time before someone came with a thicker fan than the standard 25 mm. In fact, a few such fans have been there – a 38 mm thick fan from SilverStone FHP141 is still being sold. The new Phanteks PH-F120T30 fan, on the other hand, looks more attractive already for the more widespread 120 mm format and especially for the shape with longer curved blades, which are generally well perceived, especially thanks to Noctua.

The most significant difference compared to the Noctua NF-A12x25 PWM is in the number of blades, of which Phanteks has two less (“only” seven instead of nine). However, in the case of the Phanteks, this is to some extent offset by larger blade width, and the total area could be similar even with a standard thickness of 25 mm. However, the Phanteks fan is 5 mm higher (or thicker), so the pressure area will not be smaller, quite the opposite. The manufacturer states that the height increase of this in this design increased the total area by 25%. 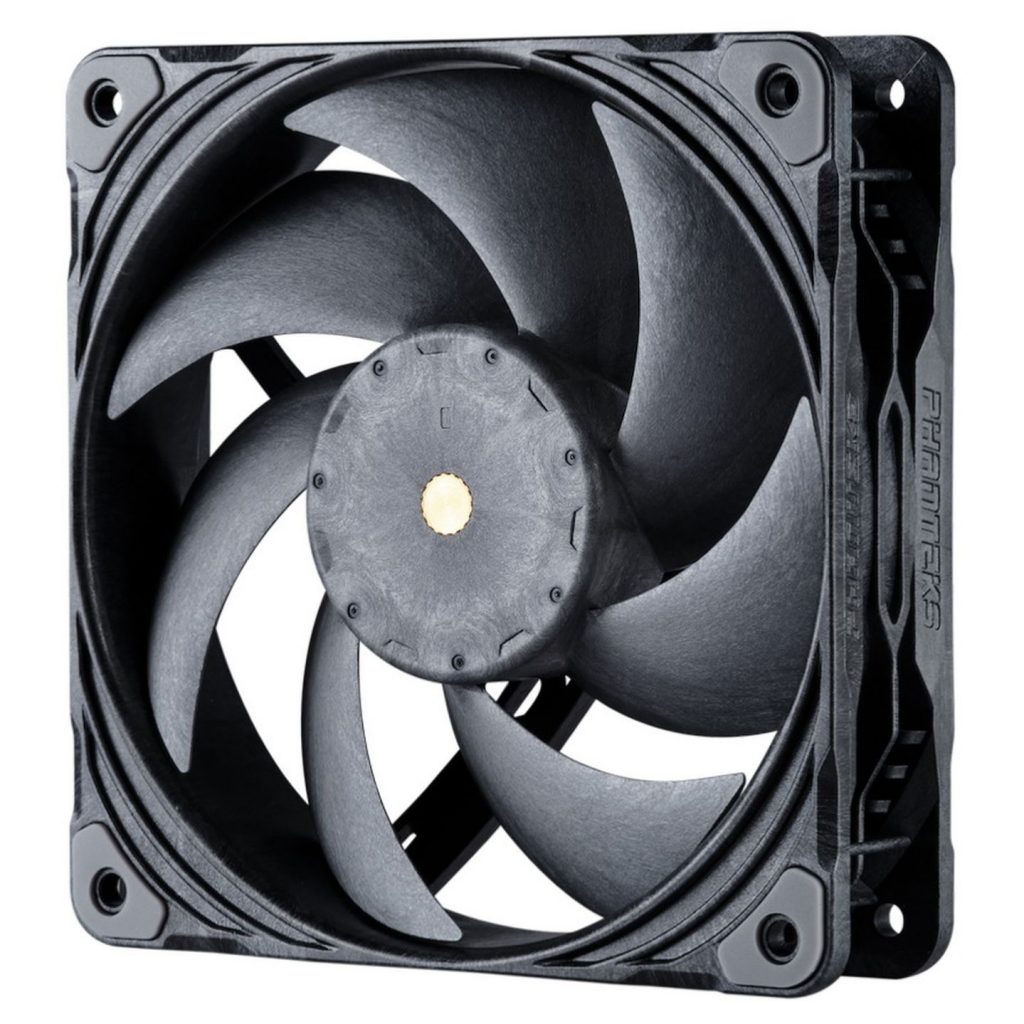 However, the difference in air flow is probably smaller, the specifications state 11% in favor of Phanteks (113.8 vs. 102.1 m3/h), but at the same speed. It should be noted here that the PH-F120T30 has a three-position switch on the motor, which in the “advanced” position allows operation even up to 3,000 rpm. This should correspond to air flow of 171.6 m3/h and static pressure of up to 7.11 mm H2O. The opposite is a hybrid mode in which the PWM control does not drive the speed above 1,200 rpm—this is the maximum. In this mode, the fan switches off at a PWM intensity below 50%. 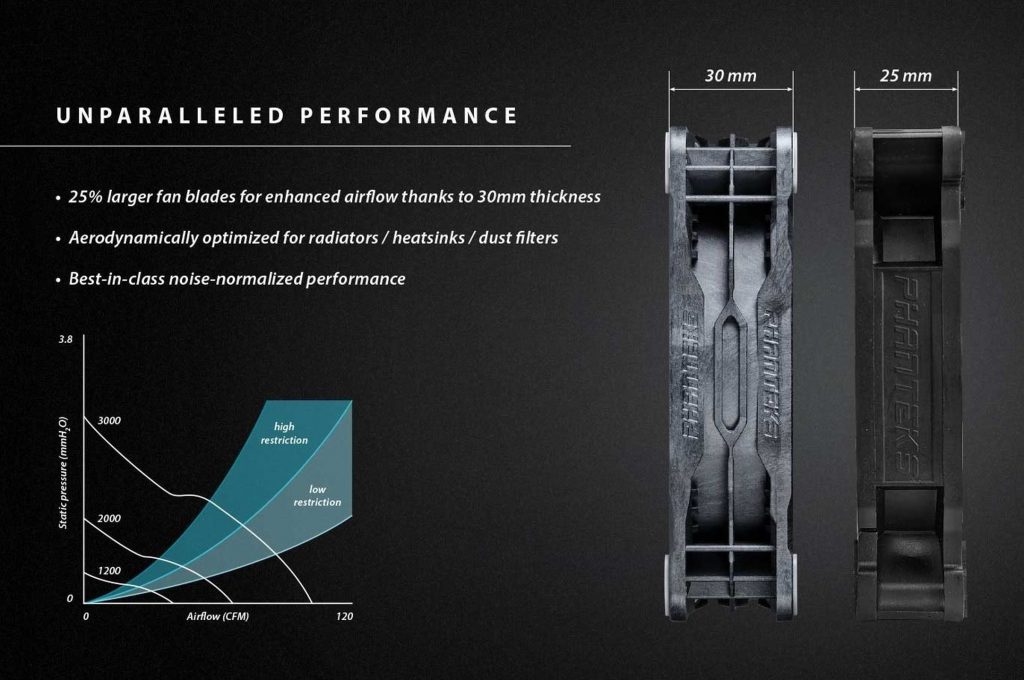 The construction of the rotor and frame of the PH-F120T30 is made of glass fiber reinforced polymer. The motor design was created in collaboration with Sunon, which has extensive experience in this area. The motor is 6-pole, with three-phase torque, and it only needs to overcome a relatively small force to start spinning, so this fan could also be energy-efficient. Magnetic non-contact bearings should also be very decent (quiet). The mean time between failures (MTBF) is reportedly 150,000 hours.

First tests have already appeared on the Internet. Some of the first measurements were made at Tom’s Hardware and a complete review was released at TechPowerUp! In neither case, however, do the measurements contain static pressure values, but the air flow is measured through an obstacle (radiator), which indicates what fan pushes more. 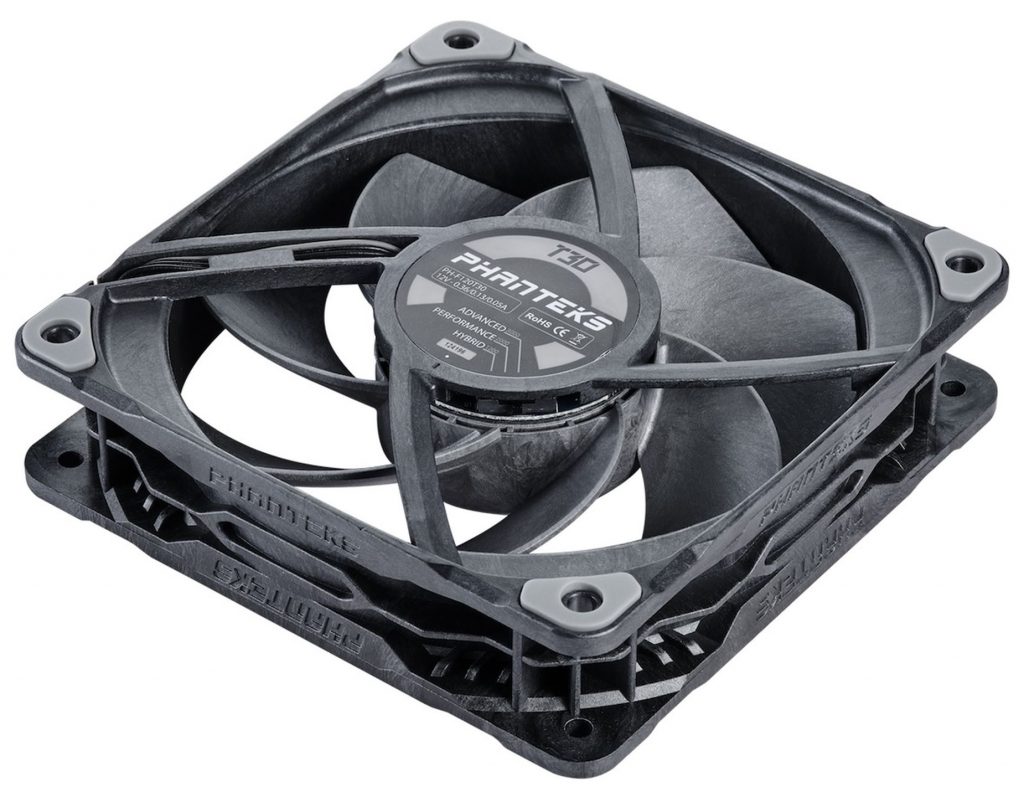 It’s a pity that they matched the speed (instead of the same noise) at TPU. Anyway, at 1,000 rpm according to those tests, the Phanteks PH-F120T30 achieves an air flow 3.06 m3/h higher, but at the same time is 1.5 dBA louder than the Noctua NF-A12x25 PWM. The difference in the noise level is relatively significant, in the air flow rate on the contrary negligible, so it is possible that with the same decibels, Noctua would give slightly better results (the recalculation with normalization according to the same dBA is quite distorting on TPU). You can find out the exact results in our tests, which are about to drop (and they were only delayed by the release of the Radeon RX 6600 XT, we are now testing it).

When mounted in a ceiling position, the greater thickness of the PH-F120T30 impairs compatibility with cases. There are relatively few models that have enough space (and a sufficiently offset motherboard) in the ceiling position, and in the suitable ones, it is often extremely tight even with 25 mm thick fans. For tower coolers, collision with memory modules in the first DIMM slot will be more common. In the position of the system fans, the greater thickness should not be a problem, perhaps only in rare cases with atypical constructions The spacing of the mounting holes seems to be maintained. The arrangement is square and the distances of the centers will most likely be 105 mm, i.e. the standard.

The Phanteks PH-F120T30 is expected to go on sale later this month, August 2021. The recommended price is 30 euros, or you can save a little with a triple pack for 85 euros.

Back to: Phanteks attracts attention with a new fan, exceeding the usual thickness
Flattr this!
fans Phanteks 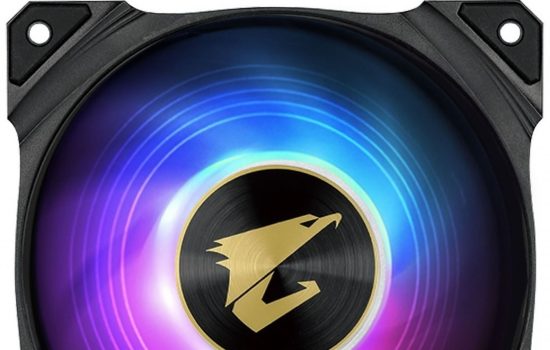 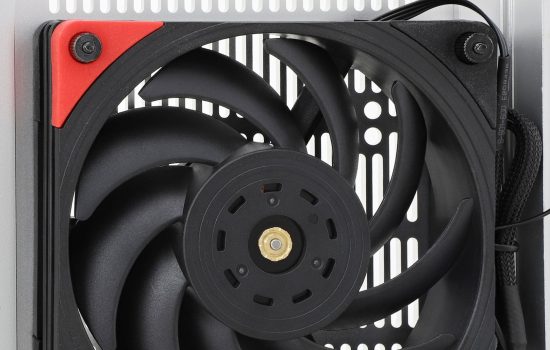 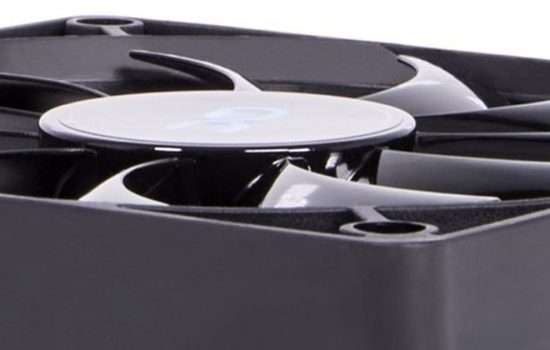