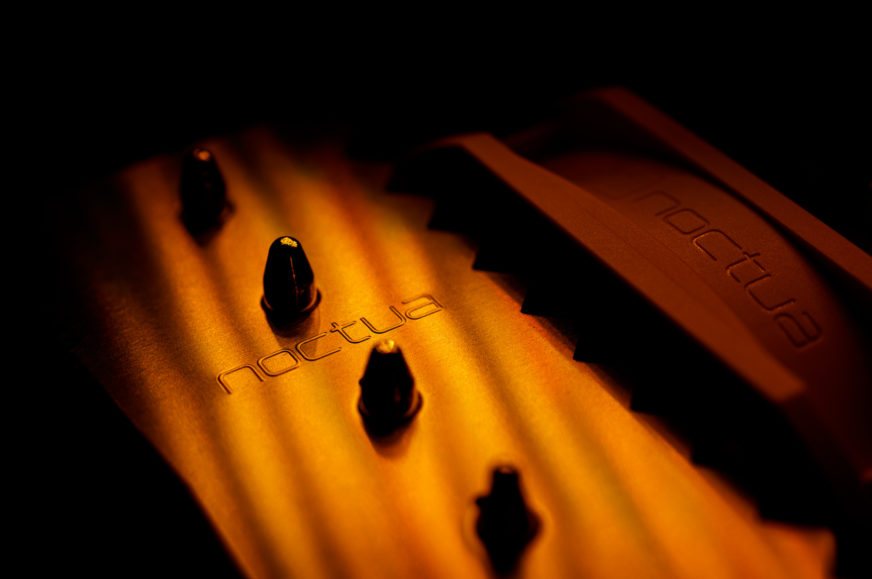 Noctua has recently launched the Noctua NH-D12L, a fairly compact cooler with a height of just 145 millimetres. This makes it an ideal cooling solution for smaller cases, but also for servers with a height of 4U. Thanks to its interesting design and high-end fan, this cooler should offer very solid cooling effectiveness. But of course this assumption needs to be thoroughly verified, which is the aim of today’s article. 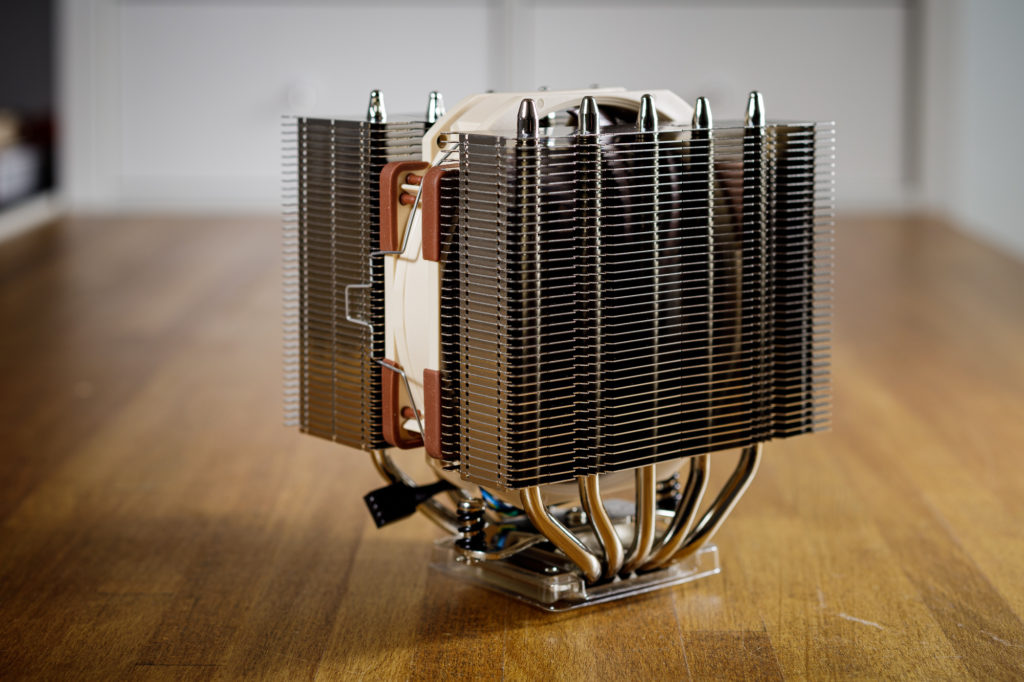 At first glance, it’s clear that the NH-D12L is similar to Noctua’s common NH-D15/NH-D15S dual-tower design. However, compared to these coolers, the NH-D12L is designed asymmetrically. The base of the cooler is two bundles of aluminum fins that are connected by five copper heatpipes. However, the front tower is significantly thinner than the rear one to avoid physical conflict between the heatsink and the DIMM slots for RAM on Intel LGA 115x/1200/1700 or AMD AM4 socket boards (including the already announced future AM5 support).

The second, thicker bundle of fins has an interesting leading edge profile that resembles saw teeth. This design is usually intended to improve acoustics while increasing cooling efficiency by turbulent flow between the fins. Airflow through the passive part of the heatsink is provided by a modified version of the NF-A12x25 fan. This version is designated NF-A12x25r and has a circular frame shape similar to the NF-A15 fan. However, this modified fan has atypical mounting holes and therefore cannot be used in the normal 100 mm position on a radiator and/or in a case.

The main advantage of the NH-D12L is its overall height of just 145 millimetres. This makes it a suitable cooling solution even for more compact cases, which often support coolers up to a maximum height of 150 mm. For example, my favorite SFF case Cooler Master NR200P comes to mind, where this cooler fits like a glove even if you equip this case with a TG panel. Alternatively, it can be used as a cooler for 4U rack-mount server cases. 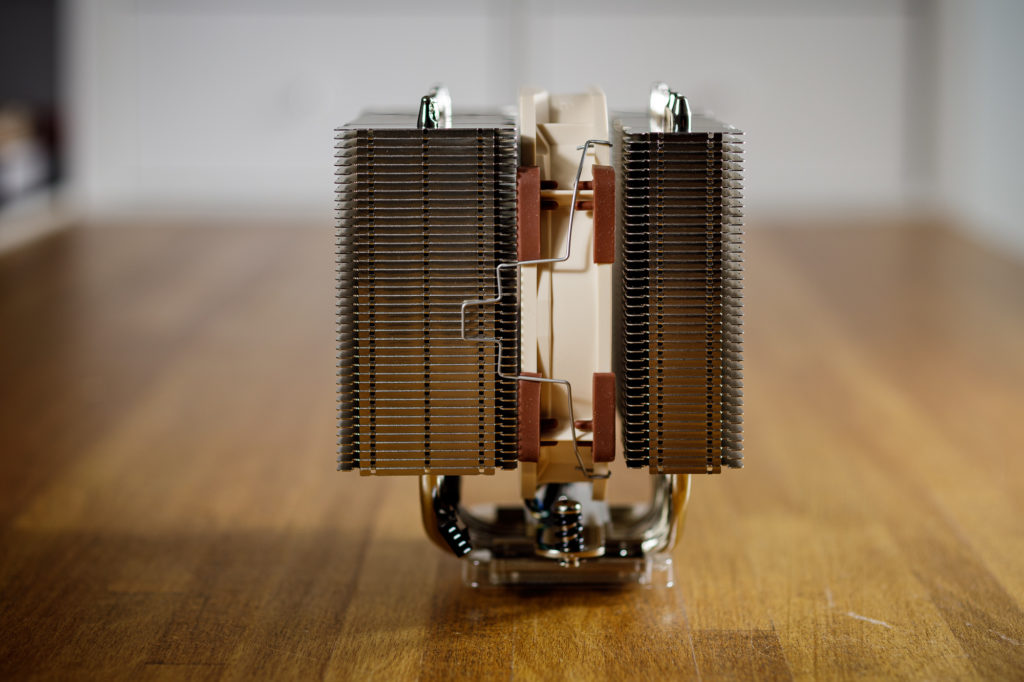 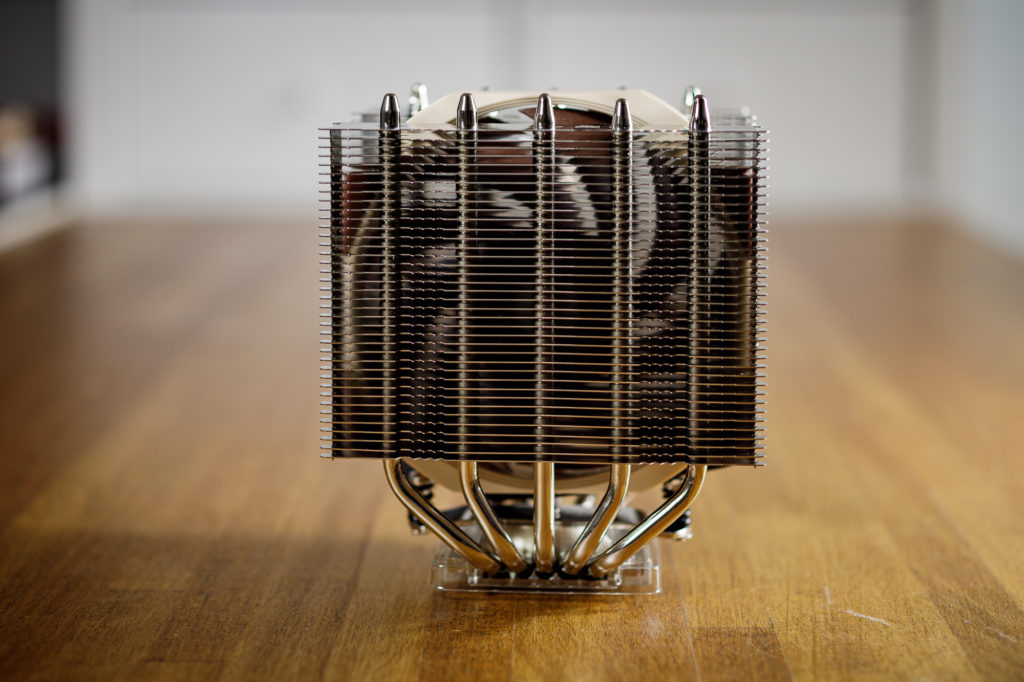 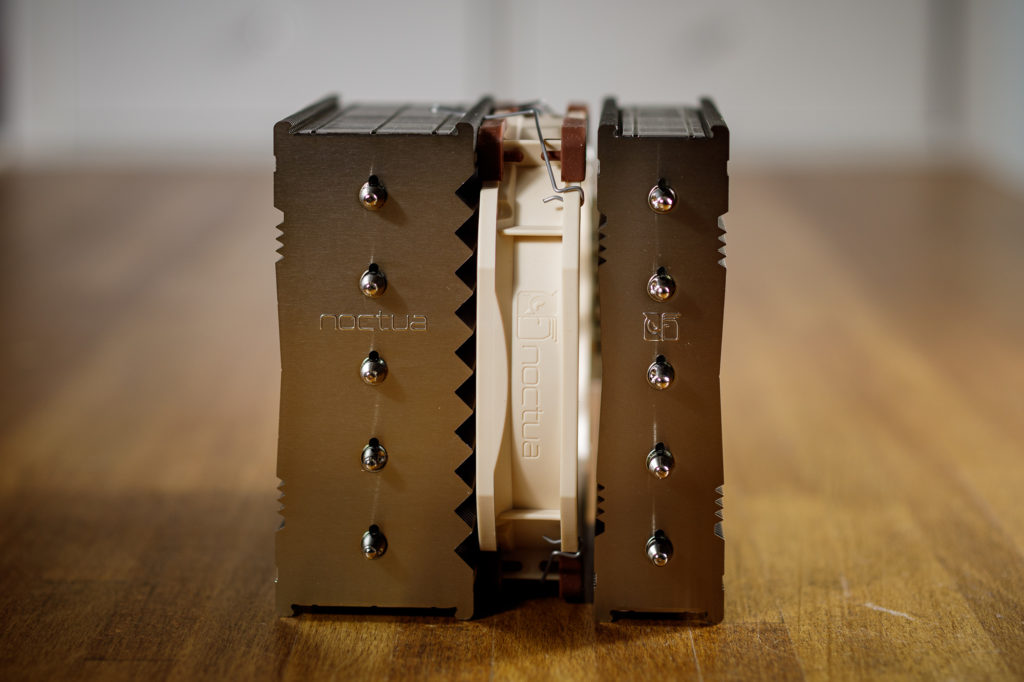 The packaging of the cooler doesn’t hide any surprises and you’ll find everything you’re used to with other Noctua coolers. Mounting kits for all current CPU sockets except TR4/sTRX4 are complemented by a second set of clips for mounting an additional fan and an adapter to reduce the maximum fan speed. Also included in the package is a tube of NT-H1 thermal paste that will last you for several applications and of course detailed instructions for installing the cooler. 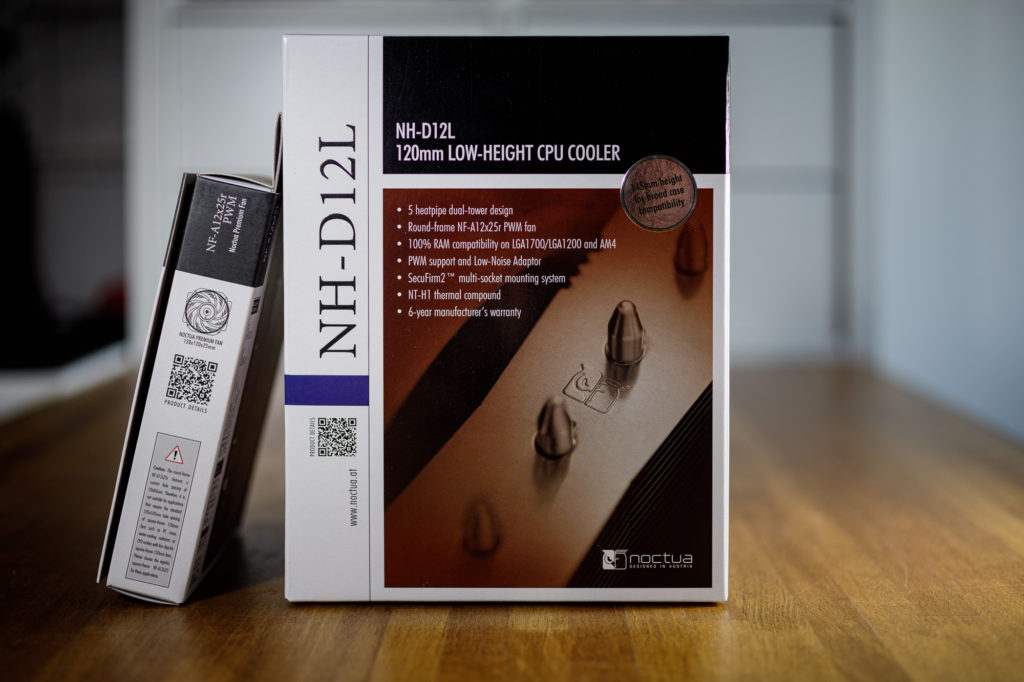 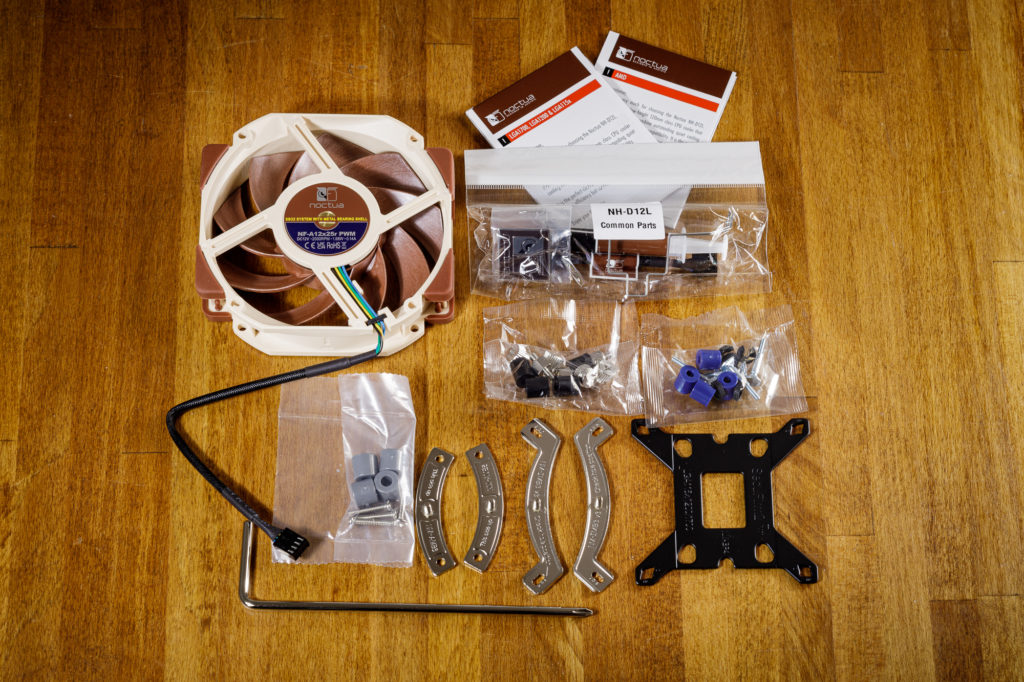 The time-tested and user-friendly SecuFirm2™ mounting system has now been updated to support the LGA 1700 socket. It is still one of the easiest and most reliable mounting systems available. Installing the cooler is a matter of a few moments and you should not encounter any difficulties.

The cooler and fan parameters

In the chart below you can easily compare all current Noctua tower coolers using 100 mm fans. Of course, the NH-D12L stands out slightly from this group with its height. I was a bit surprised by the relatively low number of heatpipes, personally I would have expected one more here.

The NF-A12x25r PWM fan is identical in features to the regular NF-A12x25 PWM version. The only difference is the frame design, which is now circular instead of the usual square. This is accompanied by a non-standard spacing of the mounting holes (93 x 83 mm instead of the usual 105 x 105 mm), which makes it unsuitable for normal use. Otherwise, however, it is still one of the best 120 mm fans on the market, which is unfortunately reflected a bit in the higher price of the whole cooler.
/* Here you can add custom CSS for the current table */ /* Lean more about CSS: https://en.wikipedia.org/wiki/Cascading_Style_Sheets */ /* To prevent the use of styles to other tables use "#supsystic-table-1392" as a base selector for example: #supsystic-table-1392 { ... } #supsystic-table-1392 tbody { ... } #supsystic-table-1392 tbody tr { ... } */