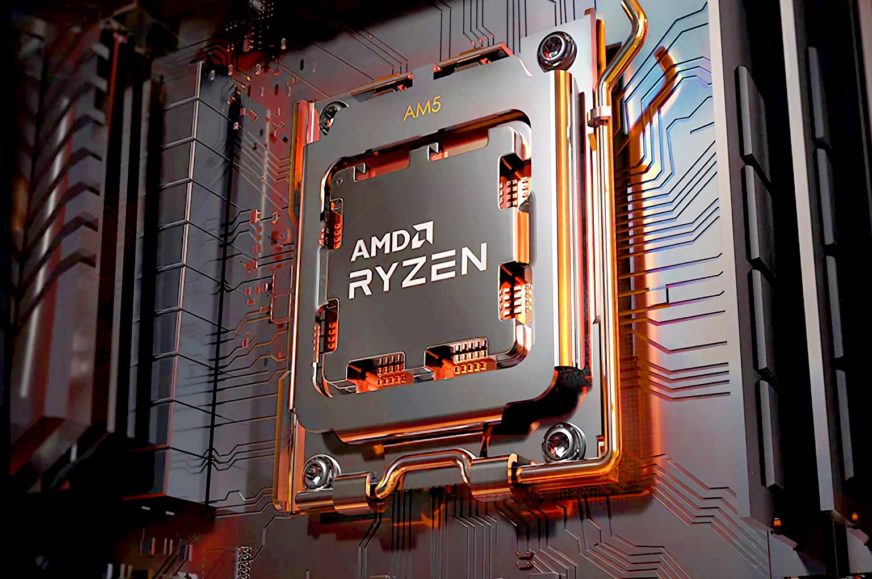 65W models will not be missing in the Ryzen 7000 generation

When the specs of the Ryzen 7000s first leaked, one thing was disappointing. These processors use 5nm process that is much more efficient, yet AMD has not exploited this potential. Likely due to pressure from Intel’s big.LITTLE processors, the company has increased power draw to raise multi-threaded performance and instead of 65W and 105W TDPs, the TDPs went up to 105W and 170W. But lower-power versions are fortunately in the pipeline.

According to this source, Ryzen 7 7700 si going to be a 65W processor – the tweet doesn’t elaborate in any other way, but the 65 figure it mentions is unlikely to represent anything other than the processor’s TDP. Since the TDP is 65W, according to AMD’s traditional CPU setup, the 7700 should have 88W maximum power draw during boost. This is the so-called PPT value, which is usually 35 % higher than the TDP on AMD processors. The basic rule for Ryzens is that under a multi-threaded load that uses all cores, the processor will usually consume virtually the entire PPT, at least for similar models in lower TDP/PPT class.

The Ryzen 7 7700 processor should be an octa-core with 16 threads just like the Ryzen 7 7700X, that’s pretty much the only other data Momomo_us gives. While it can’t be ruled out that AMD might additionally distance this SKU from the 105W Ryzen 7 7700X by for example cutting down the L3 cache capacity, we think it’s more likely that this model will only differ in lower clock speeds. It will probably have a reduced base clock speed (one could maybe expect something like 4.0–4.2 GHz) and possibly maximum boost too, to a lesser degree (5.2–5.3 GHz max boost is likely, instead of 5.4 GHz).

Unfortunately, it is not certain whether this model will be available in the regular retail market. In the past, AMD has sometimes produced lower-power versions of processors purely for the OEM market, i.e. for large computer manufacturers. For example, in the previous generation there were (or still are) 65W models like Ryzen 7 5800 and Ryzen 9 5900 (without X), but these are not available for sale on the open retail market. And unfortunately, 65W Ryzen 7000 processors based on the Raphael family might be a repeat of that scenario.

If you’re building a PC on your own, you can solve this by buying a higher-end X model and enabling “Eco Mode” in the motherboard UEFI settings, which will reduce the power draw to the level that a lower-power model (with one category lower TDP) would have. But that kind of feels like you have paid extra for more expensive CPU just to slow it down, we wouldn’t be surprised if people might not be too happy about this route.