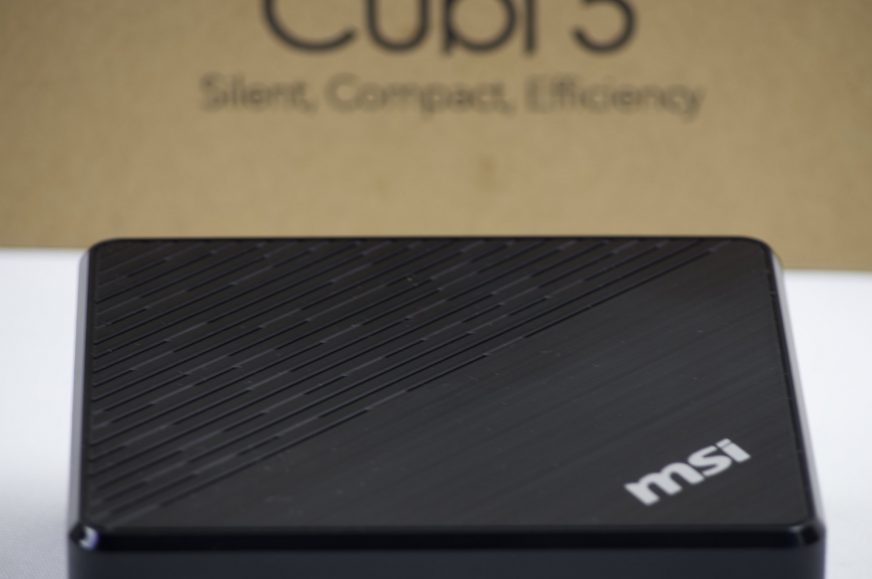 There is an increasing trend to shrink hardware that does not need to be unnecessarily large. A good example of this is the Cubi 5 computer in a case with a volume of only three quarters of a liter. You don’t have to worry about storing it. It will not take much space on the table and I can imagine it hanging on one of the monitors. It performs very well functionally, but the question remains whether it is worthy of its purchase price.

The contents of its packaging are quite rich. Accessories include a VESA mount (100 × 100), power supply, SATA cables for storage expansion, instructions and a special external power button. It should be noted that we received a complete set with RAM and SSD M.2 for the test. The power supply is realized by a 65 W adapter, which is generously oversized and has sufficient reserve for the mentioned expansion by another 2.5″ storage. Finally, we should not forget about the Windows 10 Pro OS, which is also part of the configuration. 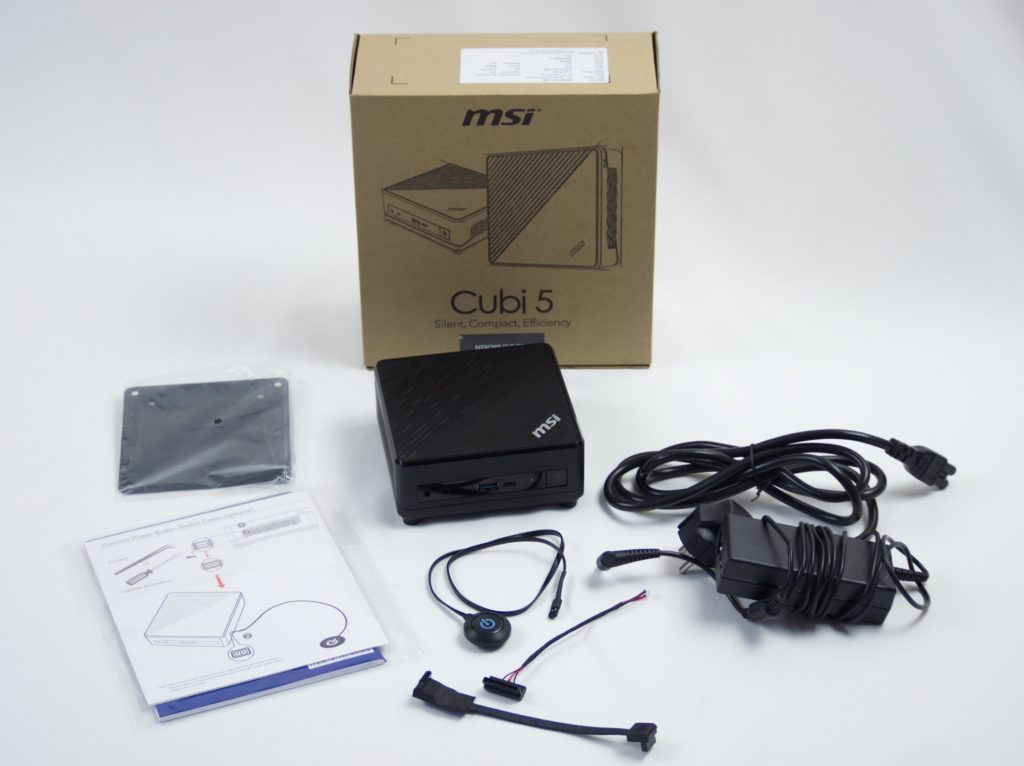 On the front of the computer there is a standard power button, LED indicator, two 5 Gbps USB 3.2 connectors, one of which is type C and two 3.5 mm jacks for microphone and headphones. Much of the body is made of metal, with the exception of the front functional part. That consists of a plastic frame. 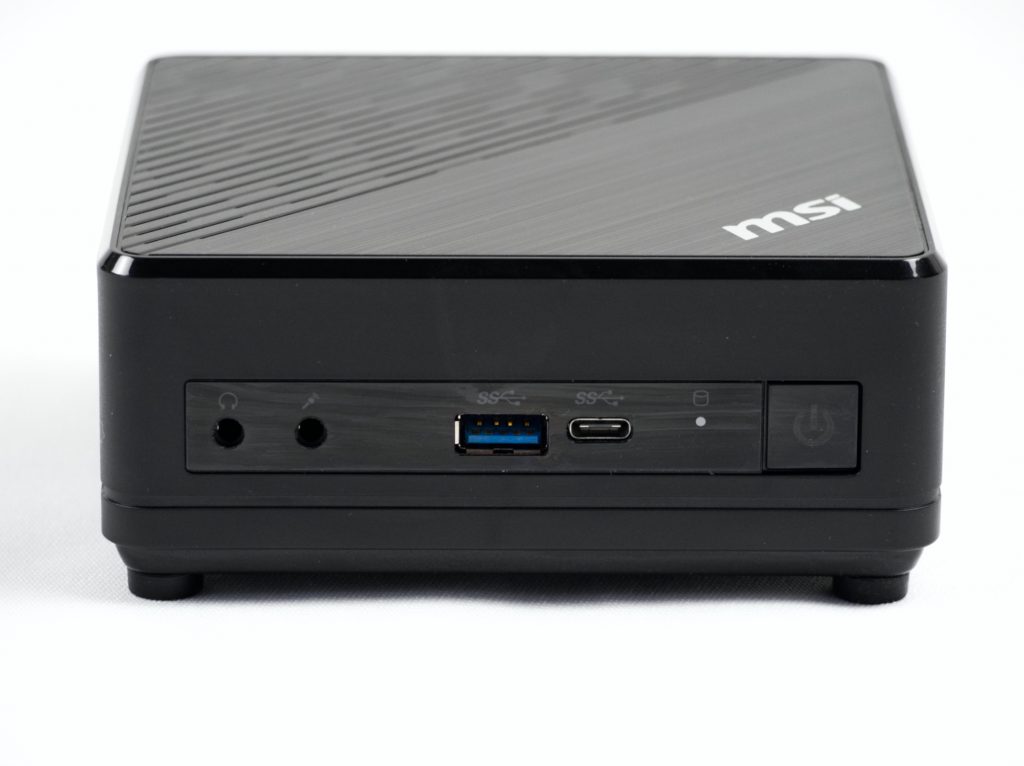 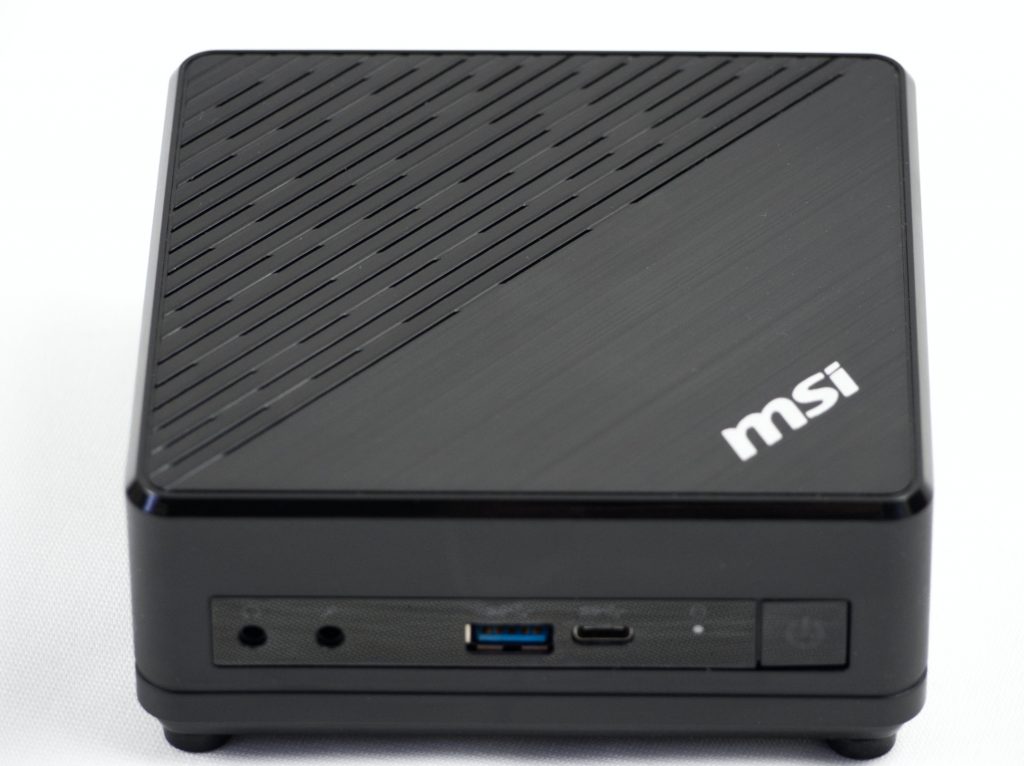 The case is perfored from the right and left sides as well as on top. On the right is unconventionally placed two-pin connector for connecting an external power button. This is justified when storing the computer in a less accessible place, such as hanging behind a monitor, where turning it on would be inconvenient. Or impossible if built into a kiosk. This way, you can simply bring your power button where you need it. MSI also did not forget about the possible theft of the computer, which can easily occur in public places. Therefore, the construction also includes a Kensington security lock. This is a good detail for such a small computer, which the thief can hide under their jacket in the blink of an eye. 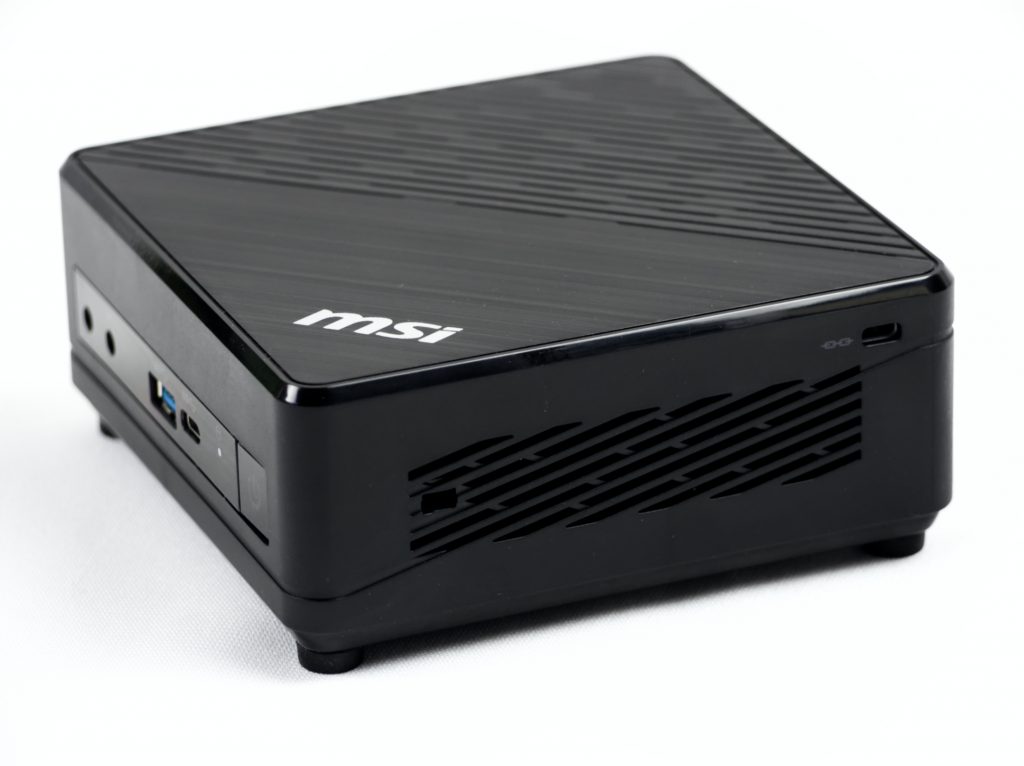 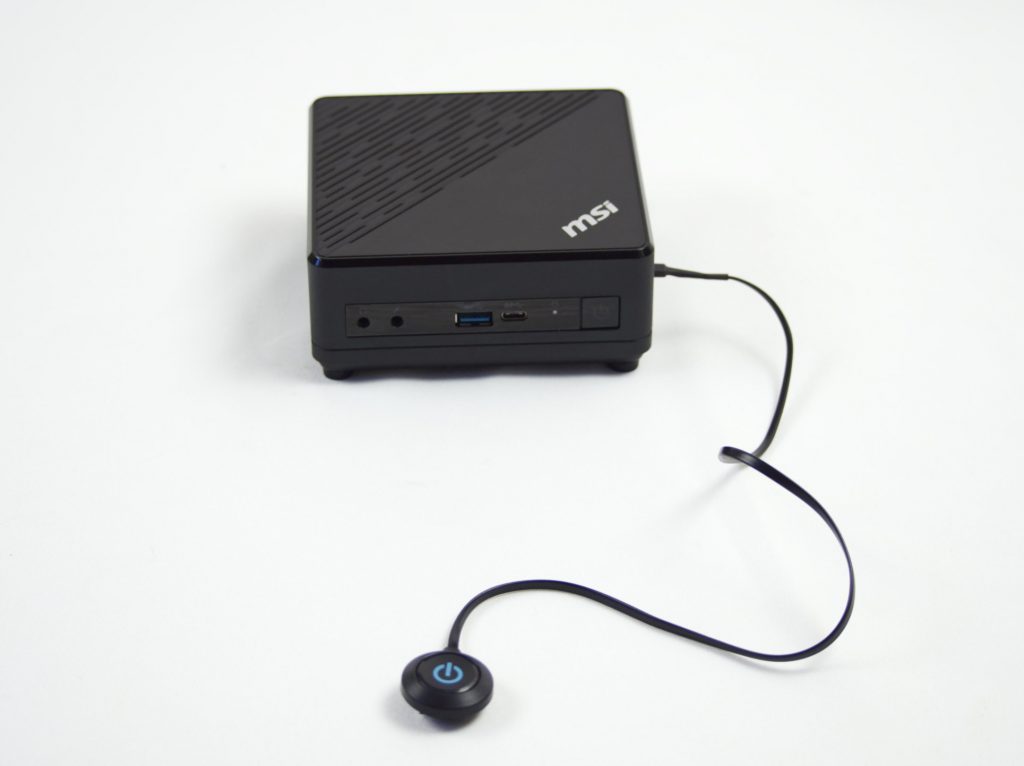 The back side is really rich in connectivity. We are talking about two video outputs, HDMI 1.4 and DP 1.2 with the possibility to connect a monitor with 4K resolution at 60 Hz, a gigabit RJ-45 connector for internet connection, two USB 3.2 gen 1 and two USB 2.0 ports and an input for a power adapter. From the point of view of an office computer, it is a really generous selection that lacks nothing. Sure, for example the Shuttle DS10U is even more packed, but it’s also targeted for a slightly different environment. 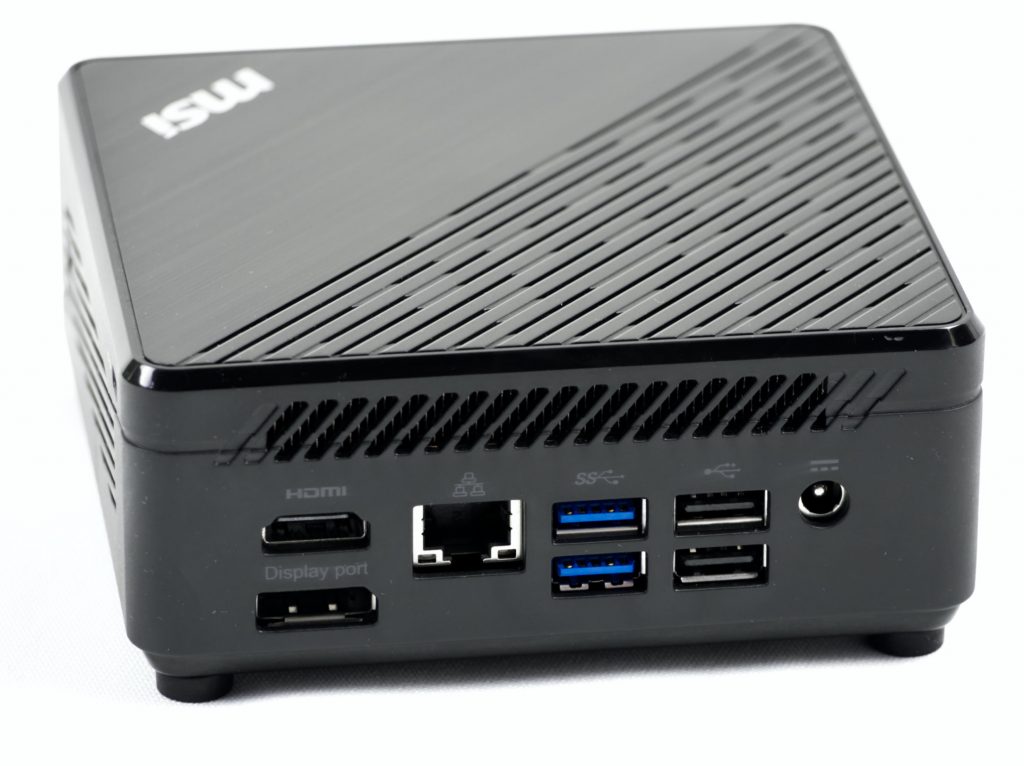 The lower part bears type labels, serial number and also some additional specifications. The four holes inside are for mounting 2.5”“ SSD/HDD, if storage needs to be expanded. The rubber feet also serve as screws for entering the interior of the barebone. 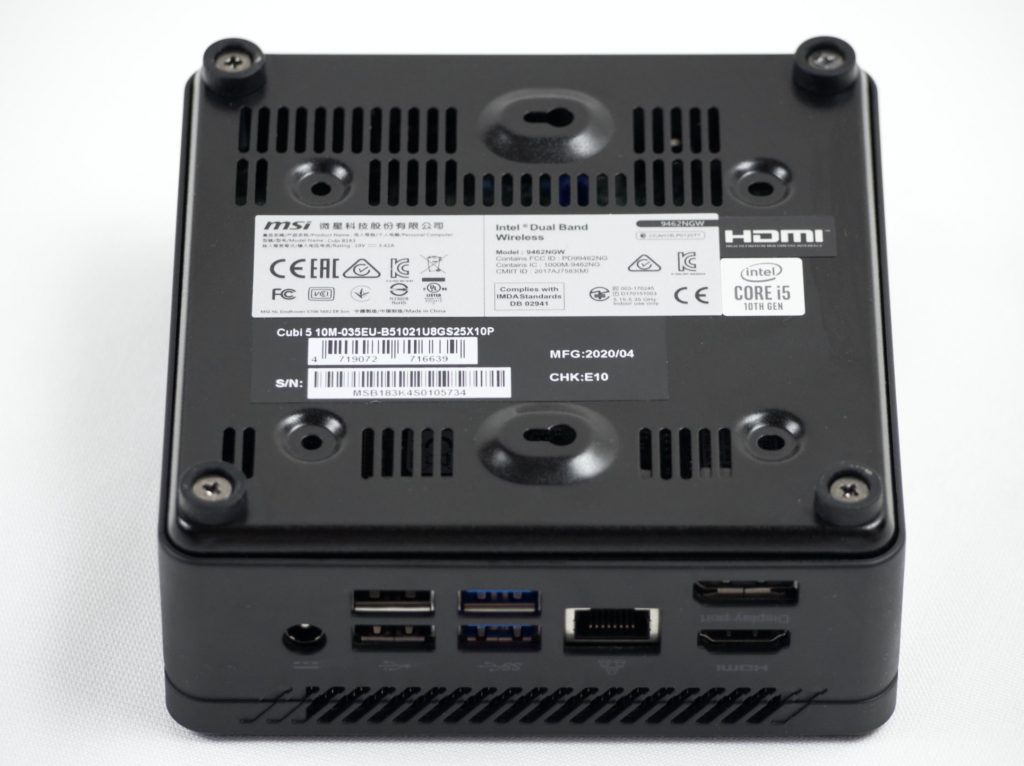 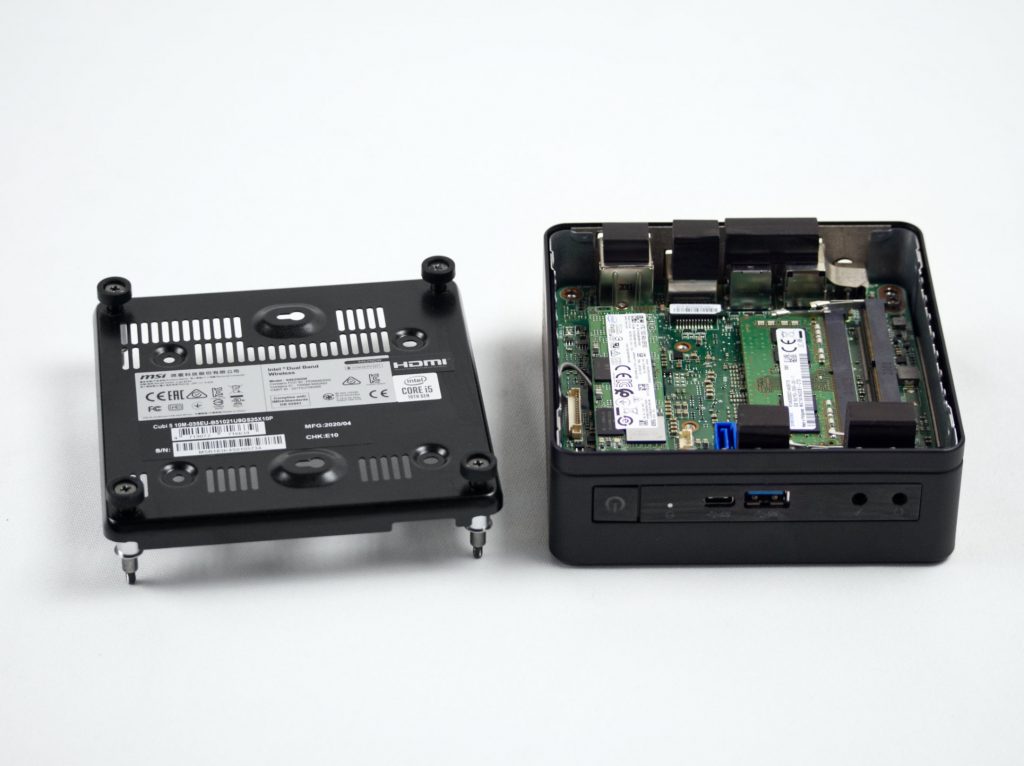 As mentioned above, it is not a barebone (where RAM and SSD need to be purchased extra), but a complete configuration (035EU). By using only one memory module and thus a lower throughput of the memory subsystem, the processor achieves slightly weaker results than its potential. In any case, these are very small differences and the vast majority of customers will welcome a simple upgrade with another RAM module in the future at the expense of occupying both SO-DIMM slots. By the way, the one supplied has 8 GB and 2666 MHz.

In terms of performance, the used quad-core Ci5-10210U processor moves somewhere above the desktop Athlon 3000G. But of course, it’s at significantly lower power consumption. The high efficiency of the CPU is one of the reasons why the build can work nicely in silence in such a small box. In standby mode, the value is only at the level of 31.5 dBA, at full load it is then + 4.5 dBA (measured from half a meter), which is still a quiet operation. 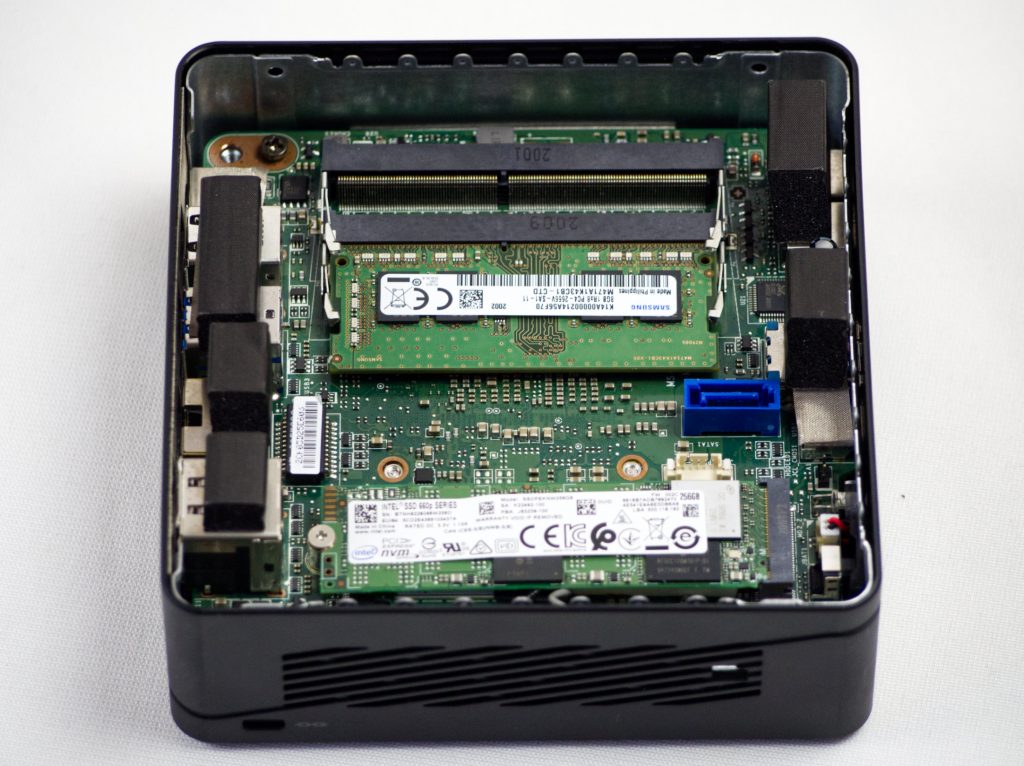 The swiftness of the system is then ensured by the Intel 660p SSD with a capacity of 256 GB. In any case, at a price exceeding seven hundred euros, more capacity would certainly be expected. In terms of wireless connection, Cubi 5 supports WiFi (802.11a/b/g/n/ac) and Bluetooth 5.0. Although the antennas are only internal, we did not notice any problems with the signal. 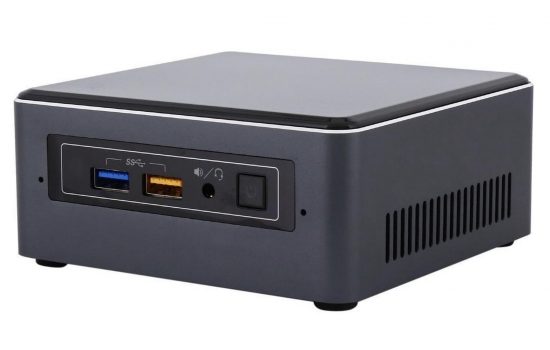 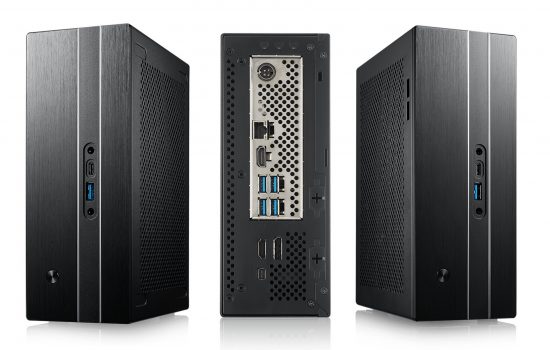 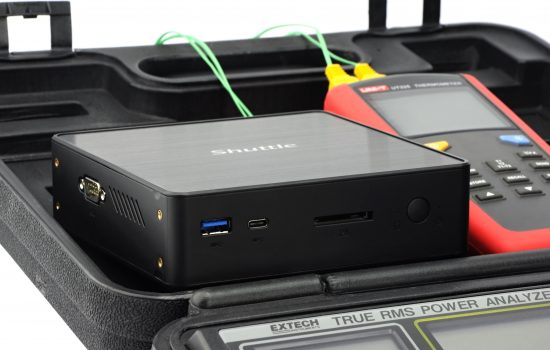