Do you know how many fans do you need and what speed they should run at to achieve the optimal cooling of your PC case? Is it better to induce positive pressure, negative pressure, or balanced airflow? Are four fans with less RPM more effective than two with more RPM? We can answer all these questions by providing you results of more than 70 tests which also include the monitoring of the heating of power supply circuit of CPU and GPU.

Properly optimized system cooling should be essential for every computer. Inappropriate air circulation can cause, for example, lower frequencies and thus lower performance of your graphics card, system instability, shorter life of components, higher noise level (with PWM), and similar issues.

Of course, avoiding these negative effects of insufficient (or excessive) cooling configuration can be accomplished just by a good estimate. But to achieve the best results possible, you need an accurate idea of how a particular setting can affect the temperature of the components. For this purpose, we used Noctua NF-S12A ULN fans which are designed exclusively for system cooling. Thanks to the larger angle under which their vanes are bevelled, they have wider range of their airflow. 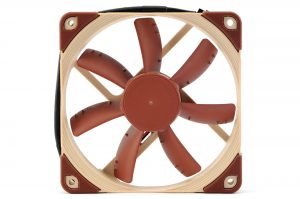 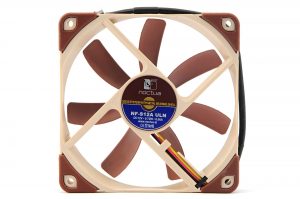 What and how we were testing

We used four fans in the tests to create various combinations that are commonly used in practice. We moved from one fan to all four. All tested configurations are listed in the summary table. The number in brackets refers to the ratio of input and output fans, the inputs being listed first. The 1 + 2 represents one input and two output fans. Each of the configurations was tested at three levels of noise intensity, from a very quiet running to one that you cannot ignore, but within meaningful limits.

We used laboratory power supplies to set the speed of fans and the noise level was captured by the Reed R8080 sound level meter. During the tests the fans were installed in a wind tunnel and at the same distance from the sensor of the noise meter, approximately 30 cm (you can see the layout in the title photo).

It is good to note that with the same flow the input fans are always a little louder than the output fans because they are pushing the air (sound) into the case, which is reflected in several directions. It starts to change with cases that have a grid with a dense sieve on the output. However, we all know that the spiral design is ideal because it creates no resistance to the flowing air. There are also many other differences among various cases that are affecting the results, so we tried to achieve the conditions that are almost identical to the ideal. Our tunnel has no excess perforations and is properly tight. The position of the motherboard was standard, vertical.

During the tests, we were monitoring the temperature of Core i7-5930K @ 4.2 GHz (1.15 V) processor with the cooler Scythe Fuma (7 V) and MSI GeForce GTX 1060 Gaming X graphics card with regulated fans (4.37 V). Temperatures that are also important are those of power supply circuit which is even more dependent on system cooling since it usually have only passive cooling. We placed one thermocouple in both the CPU’s MOSFETs heatsink and the GPU cooling plate.

We simulated the burn in IntelBurnTest (10 GB) and FurMark. The duration of every simulation was 20 minutes and each subsequent test was preceded by a cooling phase. The intake air temperature was 21 – 21.3 °C, ensured in our air-conditioned lab. 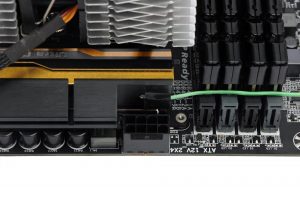 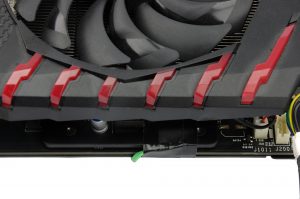 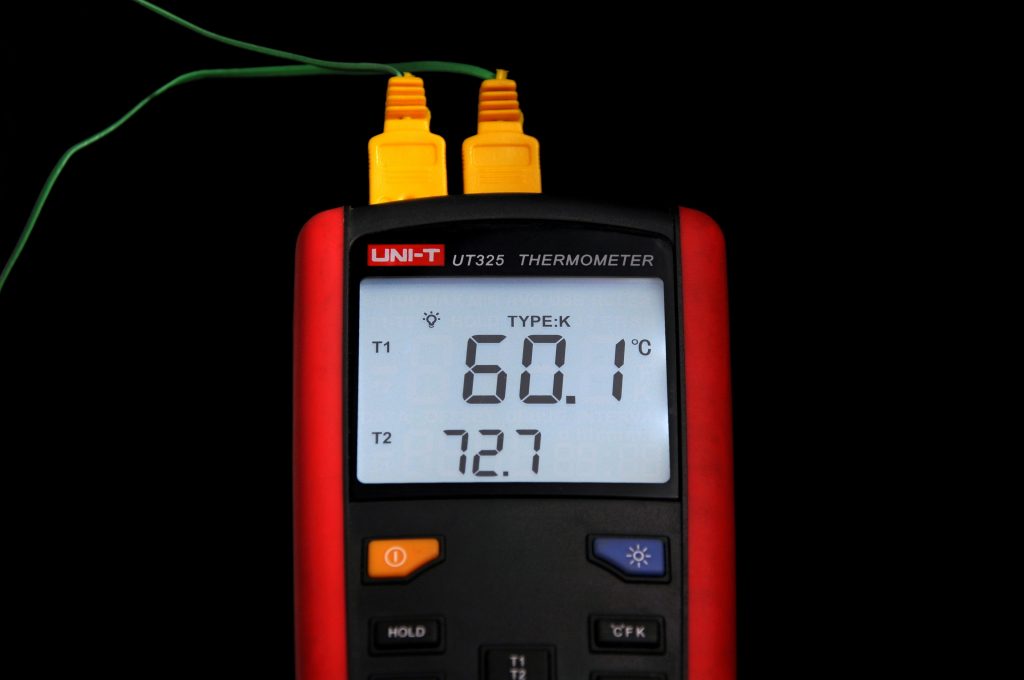