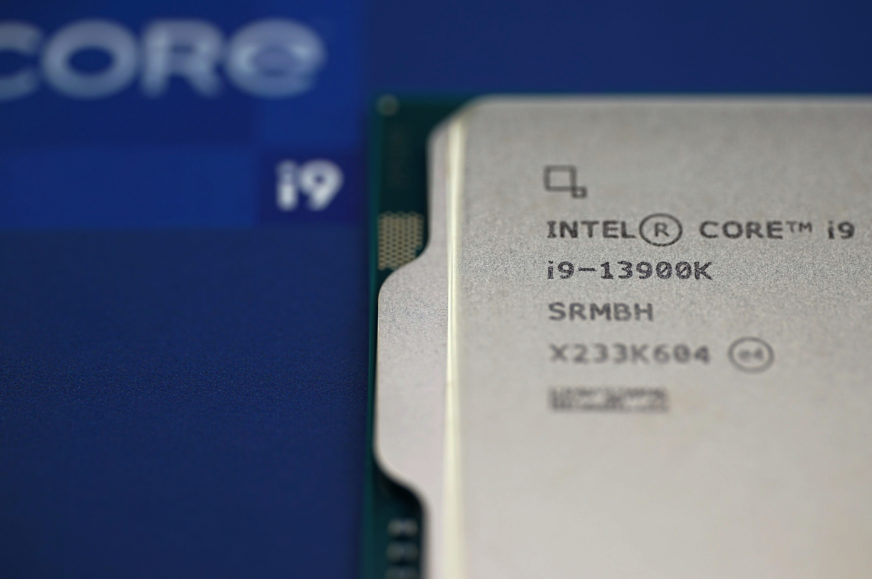 A fully active Intel Raptor Lake CPU chip, that’s tremendous performance for all situations, but also a lot of worries. These revolve around how to use this great potential and not hold anything back. There are more obstacles than usual. When it’s not on a software basis, it’s a struggle with cooling for a change. And you already know that the 13th-generation Intel Core CPU is sometimes more efficient than the Ryzen 7000.

Intel Raptor Lake processors have a lot in common with older Alder Lake processors, but they differ in some details. In any case, this is an evolutionary generation of processors, the second from Intel, which is built on the concept of big.LITTLE, a symbiosis of large cores (Golden Cove) and small cores (Gracemont).

The manufacturing process is still 7 nm (Intel 7), as with Alder Lake processors, but it is an improved version of it. At one time Intel would have marked it with a “+” sign, but now they refer to this manufacturing process as Intel 7 Ultra. Meanwhile, Intel states that 200 MHz higher clock speeds are achieved at the same voltage, or the same clock speeds are achieved at 50 mV lower voltage.

Thanks to this, among other things, Raptor Lake has significantly higher clock speeds. The Core i9-13900K processor, which is the subject of the tests in this article, is 600 MHz faster than its predecessor (Ci9-12900K) on all cores (i.e. on both “P” and “E”) in both single-threaded (5.8 GHz) and multi-threaded (5.5 GHz) workloads. 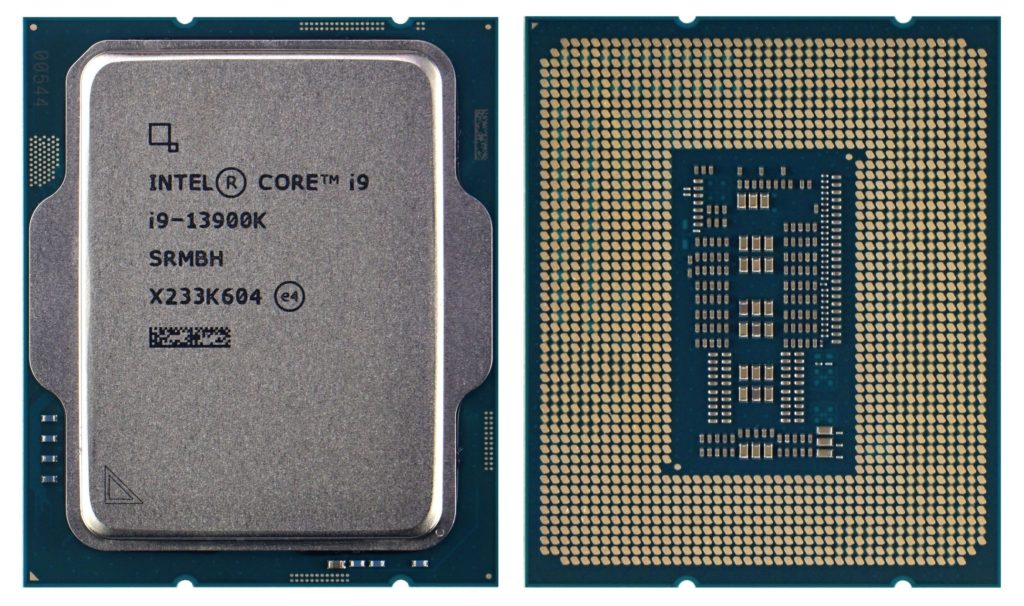 The increase in clock speeds is not the only reason for significantly higher performance. From the point of view of applications that can use all threads, this is mainly due to the increase in the number of “effective” (E) cores. The Ci9-13900K has twice as many of these compared to the Ci9-12900K – 16. Together with the 8 “efficient” cores with Hyper Threading (two threads per core), this gives a total of 32 threads. And in addition to all this, possibly 350 W.

TDP/PL1 hasn’t changed, it remains at 125W, but the more benevolent power limit (PL2), which is bound to 5.5GHz, is slightly higher (253 W) than that of the Ci9-12900K, and on paper it goes back to the Core i9 Rocket (11900K – 251W) and Comer Lake (10900K – 250W). Also returning from the Rocket Lake generation is support for Adaptive and Thermal Velocity Boost, which manages clock speeds in multi-threaded (ABT) and single-threaded (TVB) workloads based on temperature. 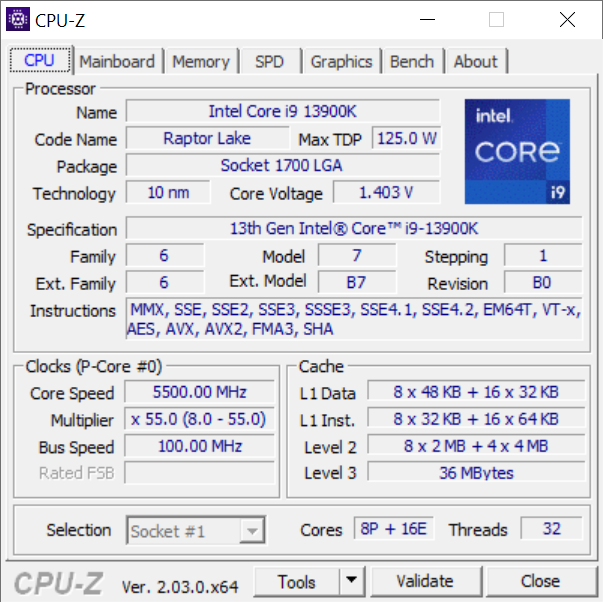 One of the things that hasn’t changed is connectivity. Intel Raptor Lake processors also have a PCI Express 5.0×16-enabled controller in them, which is designed to connect graphics cards. These lanes can be split into ×8/×8 for two slots. Notably, Raptor Lake doesn’t have the PCIe 5.0 interface for SSDs (NVMe), and the same interface as Alder Lake processors – PCIe 4.0 ×4 – is brought out to connect them.

Windows 10 can be, but the latest

The traditional, much talked about topic – operating system support. The thread scheduler in Windows 11 is apparently better optimized for big.LITTLE and allocates specific thread types more appropriately for specific tasks. But that doesn’t mean that you necessarily suffer any performance hit under Windows 10 by the scheduler not properly recognizing threads and assigning more demanding tasks to slower, efficient ones. That happens sometimes, of course, but those cases are in the overwhelming minority.

In the hundreds of tests on which our methodology is based, these are situations when encoding video with the x264 encoder in HandBrake (this is also the case in the latest version 1.5.1 at the time of writing), computing Stockfish 13 chess combinations, and the entire workload is allocated to E cores also in yCruncher. We therefore omit these tests with big.LITTLE so as not to mislead in the graphs. You can work around this by forcing a higher affinity and the processor will go to full power, but this is a rather non-standard operation outside the user comfort and therefore we take it that under Windows 10 these apps are “unusable”.

You may have noticed that the solution is to change the power plan in the control panel from “balanced” to “maximum power”, but based on our experience we have to note that this is not a solution and the whole thing behaves very strangely. For a while, after the test has started, it does get that power on the P cores, but only for a very short time. The performance trend is also well reflected by this power draw curve in x264 encoding (HandBrake), where there is a good ramp-up (P cores are fully engaged), but after a few seconds the power draw drops dramatically and ends up at the level of E cores. 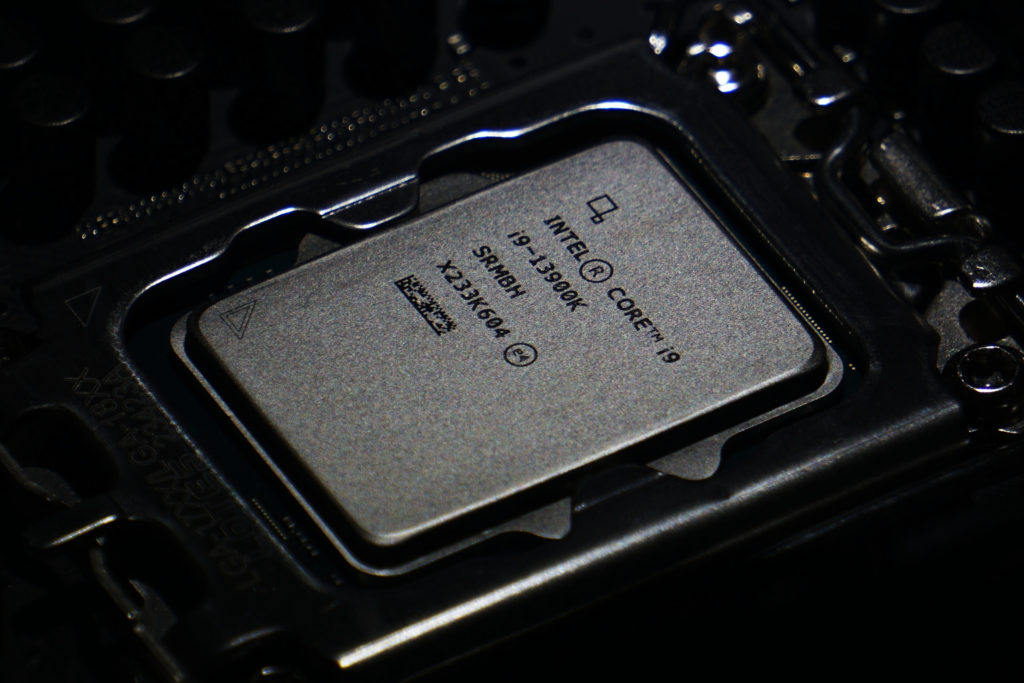 We will investigate this further, but for now the interim view is that the maximum power plan is not very helpful. But again, CPUs run at full power most of the time under Windows 10 as well. Although it’s important to note some degradation compared to the Core i9-12900K. This happens typically with older OS builds and in games.

With the 21H2 build of W10, performance in some games was far behind expectations, and with the 22H2 build there is a significant performance improvement (especially in CS:GO and DOOM Eternal). Still, it looks like there is some limitation in games under Windows 10 after all. We’ll find that out as we move to W11 and map everything out in detail.

The reason we still test processors under Windows 10 is that we prefer a more stable platform that is not significantly affected by updates over time, as may be the case with Windows 11.This is, of course, a hypothesis, but a fairly logical one. From big.LITTE’s point of view, it is indeed a disadvantage that the work on W10 is “already finished”, but at least it does not change the testing environment that much and the consistency of the results is certainly much better than starting on W11, which still has a lot of major adjustments to make that change the overhead from the processors’ point of view.

But we will test Meteor Lake on Windows 11 with the fact that we will gradually measure Raptor Lake and see how the change of the operating system will affect the results of other processors, what will and what will not need to be discarded from the comparison charts and so on. So that’s it from our side on the issues around how we see the operating systems in the processor tests. One more overview of the complete Core i9-13900K parameters and you can move on to the measurements you’re after.