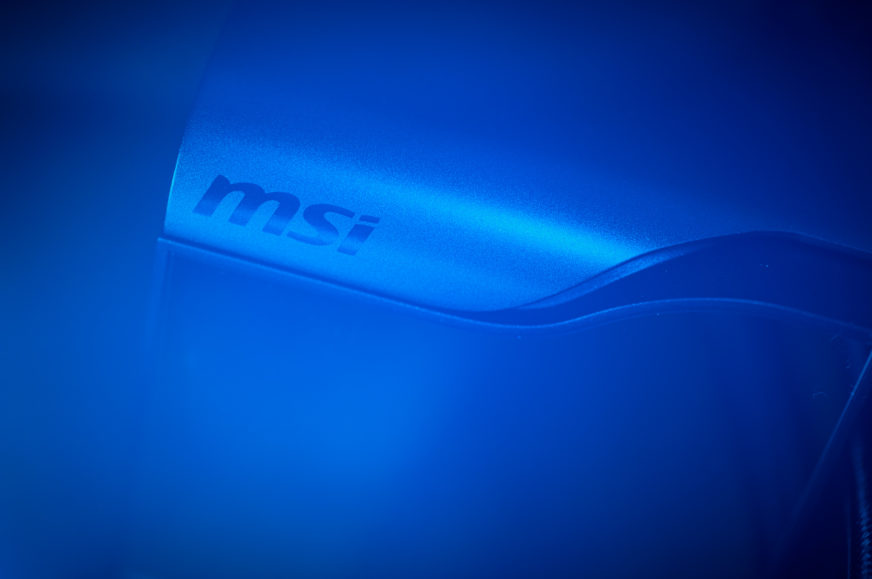 The MEG CoreLiquid S360 currently represents the top of MSI’s liquid AIO cooler lineup. What sets it apart from most coolers in this category is the large LCD display above the pump block, and the supplied MEG Silent Gale P12 fans, which are some of the best on the market. What we have here is therefore a promise of an attractive design as well as solid cooling effectiveness. The big question is whether this cooler can justify its very high price tag.

CoreLiquid is the collective name for MSI’s liquid AIO coolers. And the MEG designation puts it in the top “Enthusiast” tier of products for the most demanding users. The imaginary heart of the cooler is the seventh-generation Asetek pump, which takes care of liquid circulation within the cooler’s closed loop. 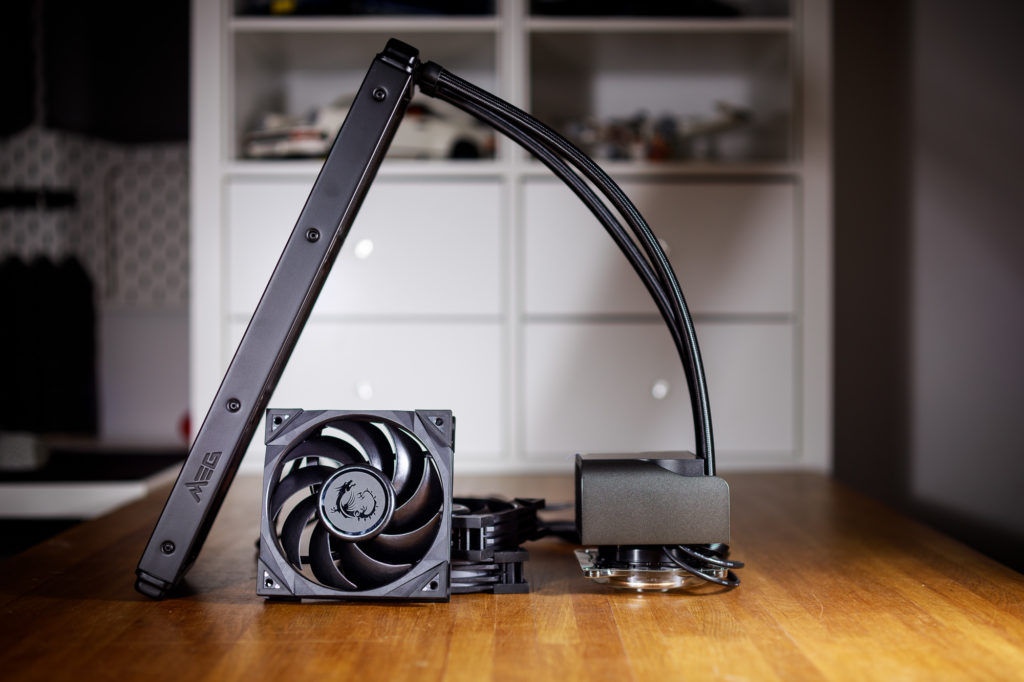 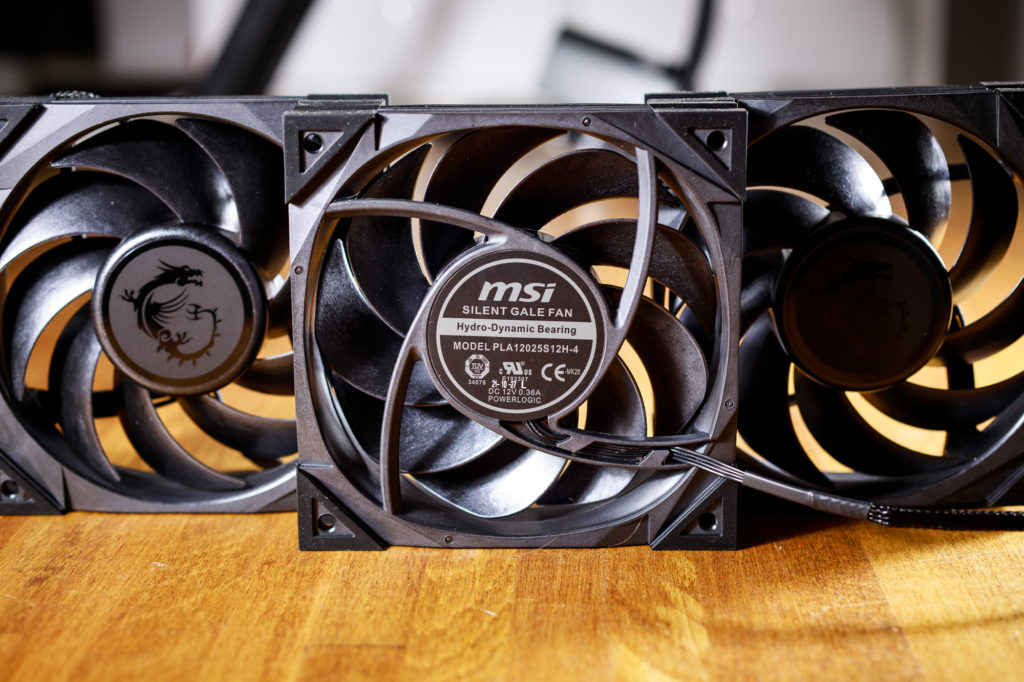 The liquid is routed through a pair of 380 millimetre long hoses with a nylon braid for greater durability, a more attractive appearance and, last but not least, to minimize liquid loss due to evaporation through the wall. As usual, these hoses are connected to the cooling block via 90° swivel fittings, which simplifies their routing inside the case. The radiator used is of standard dimensions and again I will not spare it a little nitpicking about the material used, which is only aluminium. Personally, I would have liked to see thicker copper radiators in the top premium coolers in order to use their full potential. However, I realize that a thicker radiator could lead to compatibility issues in smaller cases, and a copper radiator would further increase the already high price without providing a clear advantage in efficiency or durability of the coolers.

Where MSI hasn’t held back, however, are the fans used. The MEG Silent Gale P12 is one of the best on the market, but unfortunately they are also very expensive, which is reflected in the overall price of this cooler. Somewhat surprisingly, they don’t come with any RGB backlighting. That’s not exactly typical of MSI and I’m glad that quality and efficiency is a top priority here, even at the expense of design appeal. 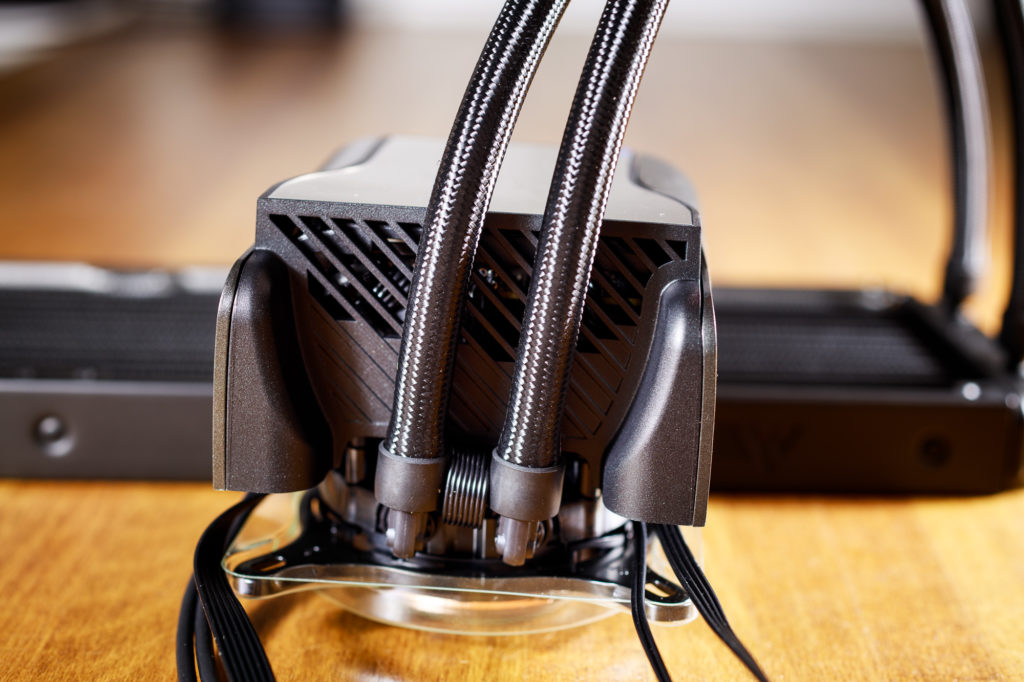 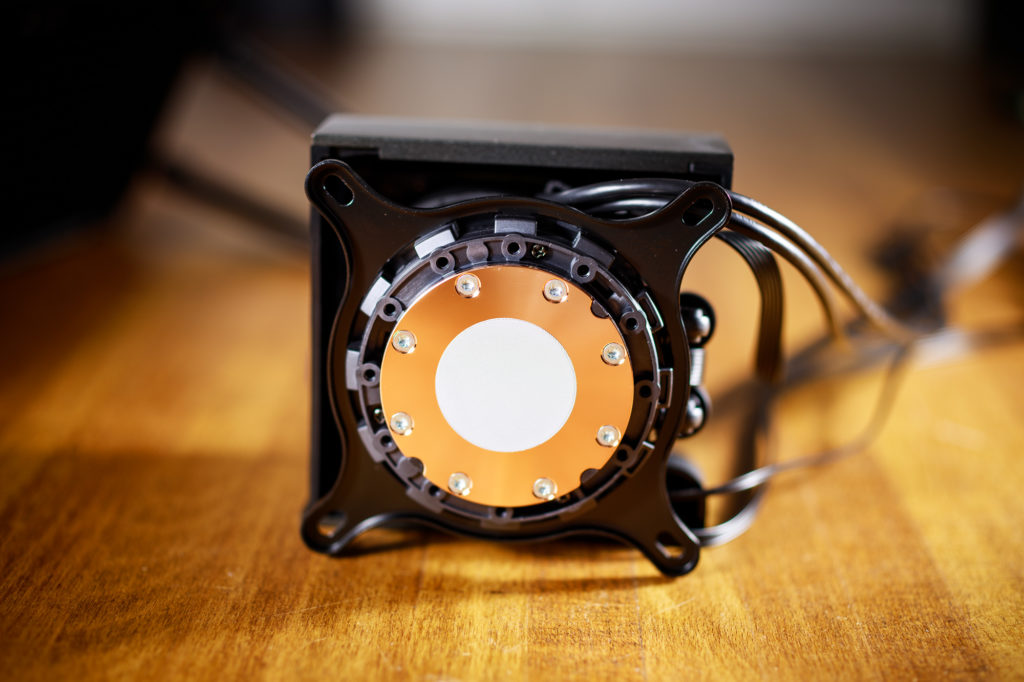 The contact surface of the block is copper and a thin layer of thermal paste is applied from the factory. Again, however, I don’t understand why a tube of additional paste is not included if you would like to install the cooler in a different build. Thus, the installation of the cooler should be done on the first try and without mistakes and you should purchase a tube of thermal paste for eventual reinstallation.

The visual centerpiece of the MEG CoreLiquid S360 cooler is undoubtedly its 2.4″ LCD display on the top surface of the cooling block. Here, you can view a variety of data such as CPU or liquid temperature, or pump and/or fan speeds. Alternatively, you can enjoy looking at one of the animations on offer, or insert your own text or image here. There’s even an option to view the latest weather information if you don’t feel like looking out the window or going for a walk outside. 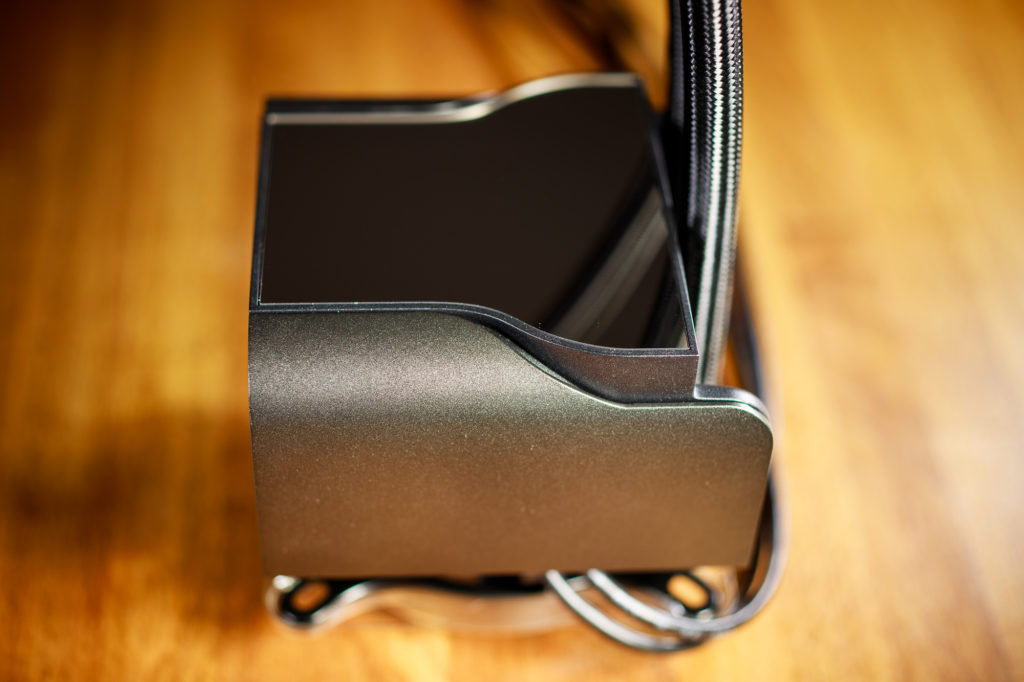 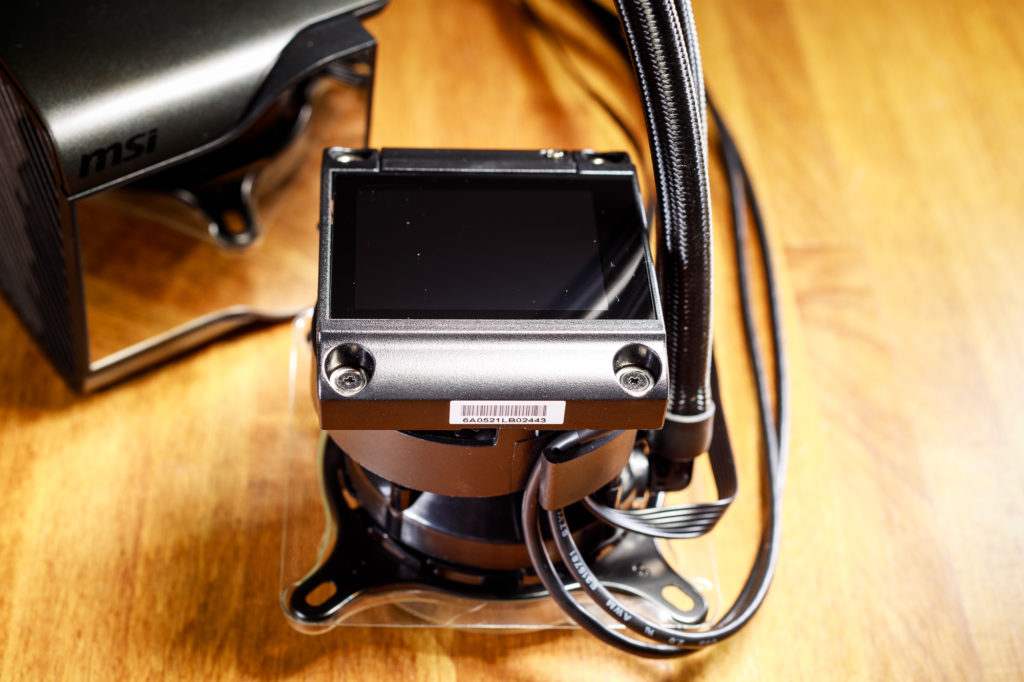 A 60mm fan is placed under the display to cool the surroundings of the CPU socket. This is usually where the power delivery and primary M.2 SSD slot are located. However, it is quite noisy at maximum speed. All of this functionality also results in a quintuplet of cables leading straight out of the cooling block. This poses a bit of a problem while stringing them together to make the whole result look at least a little neat in the case. 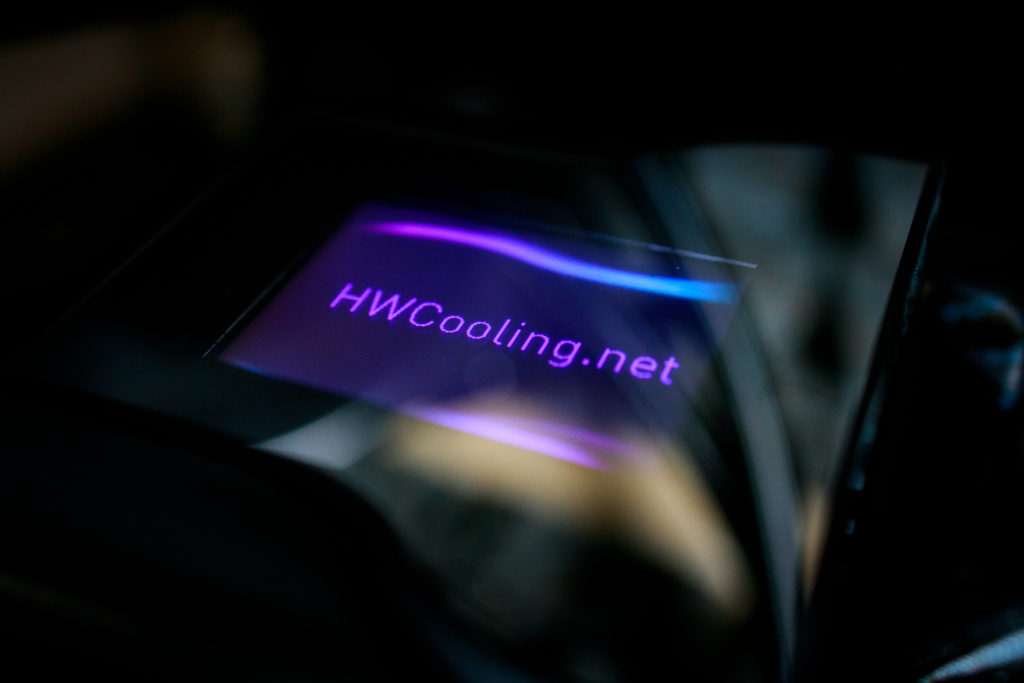 The MSI Control Center app makes it very easy to choose what information, animation or graphics you want to display on the cooler’s display. You can also upload your own image (maximum supported resolution is 320 × 240 pixels) or text. You can also adjust the brightness of the display and its orientation according to how you have installed the cooling block on your CPU. 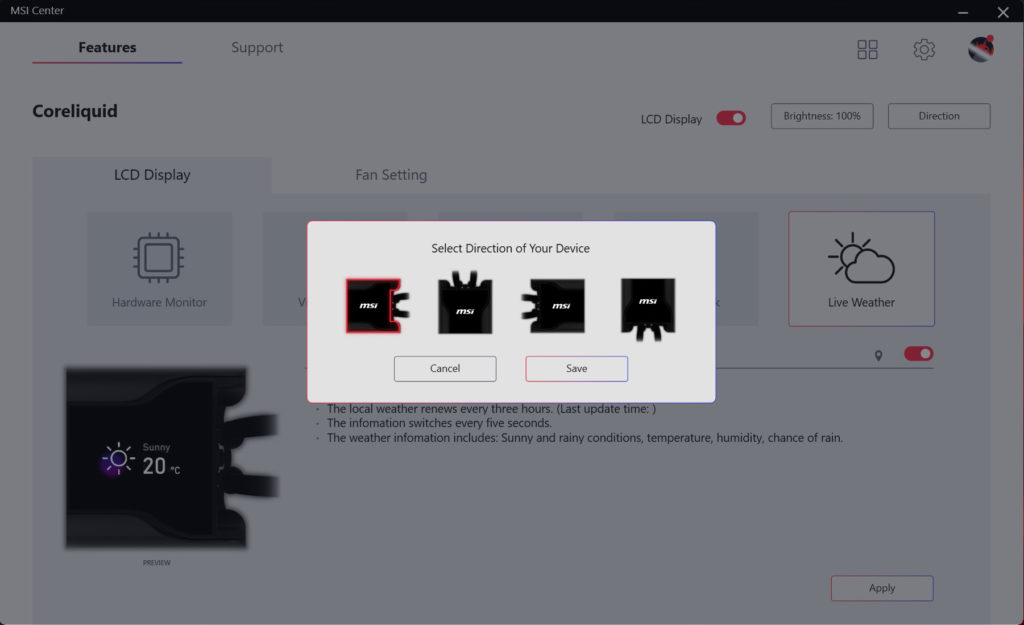 In the app, you can also control the speed of the pump, the integrated fan in the block or the fans on the radiator. You can select one of three preset profiles or customize your own. In “Customize” mode, however, it is not possible to control the pump speed below 60 %, which is a bit of a shame. Personally, I find the “Silent” profile ideal, which puts the fans on the radiator and the small fan above the pump into semi-passive mode at CPU temperatures below 50 °C.

Considering the price, the supplied accessories are quite lacking. You will find only two frames for Intel, or AMD socket and backplate for Intel. I personally have big complaints about this backplate. As you can see in the photo, it is very thin, which in combination with the soft plastic looks very cheap. Many significantly cheaper air coolers offer far more robust mounting systems. I understand that there isn’t as much leverage on the CPU socket as with giants like the Noctua NH-D15 or BeQuiet! Dark Rock 4 Pro, but that’s no excuse for such a sloppy component. 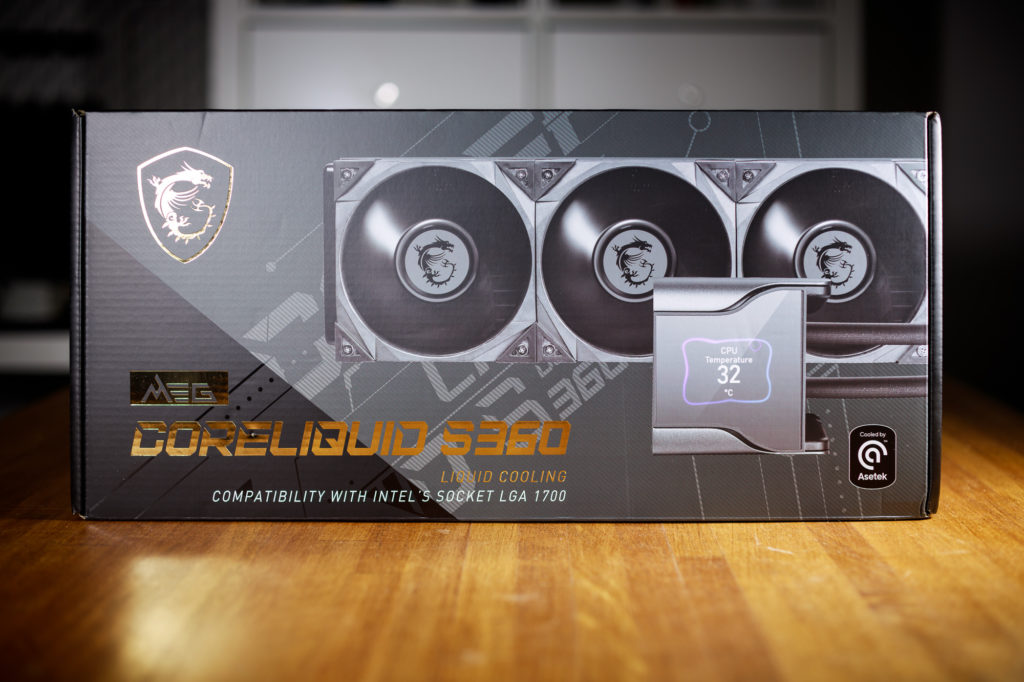 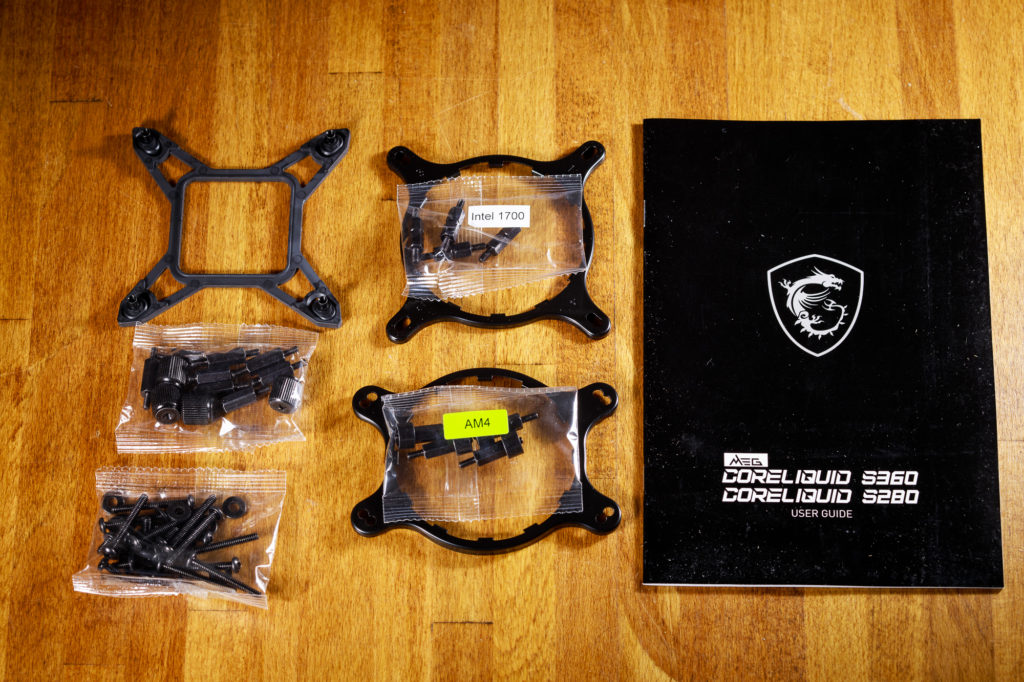 Fortunately, installing the cooler is quick and easy. If you have experience with coolers that use Asetek’s design, you’ll feel right at home. Additionally, for AMD processors you’ll use the native backplate, which offers far more strength and security than the supplied backplate for Intel processors. You’ll also find two sets of screws and washers in the package for mounting the fans to the radiator and mounting the radiator to the computer case, respectively. And as I mentioned in the previous text, the lack of any additional thermal paste is a shortcoming that cannot be simply overlooked given the high price of the cooler.

I compared the MSI MEG Coreliquid S360 to premium coolers from other manufacturers that I have also tested in the past. The Coreliquid S360 has a similarly sized pump block as MSI’s older K360 model or the competing Asus ROG Ryujin II 360. This is, of course, due to the presence of an LCD display above the pump block. Again, I can’t resist a slight criticism for the presence of an aluminum radiator in this price range. And the warranty should also ideally be at least five years given the price of the cooler.

The manufacturer has been surprisingly conservative with this cooler, using MEG Silent Gale P12 fans (link to HWC tests), which are at the top of MSI’s range, instead of fans with RGB backlighting. They are also very close to the Noctua NF-A12x25 fans, which many consider to be the best 120 mm fans at the moment. Don’t be fooled by the relatively low paper specs, the real world results are very good indeed. The only thing I would appreciate here is the option of serial connection to tame the already excessive wiring on this cooler a bit.
/* Here you can add custom CSS for the current table */ /* Lean more about CSS: https://en.wikipedia.org/wiki/Cascading_Style_Sheets */ /* To prevent the use of styles to other tables use "#supsystic-table-1795" as a base selector for example: #supsystic-table-1795 { ... } #supsystic-table-1795 tbody { ... } #supsystic-table-1795 tbody tr { ... } */