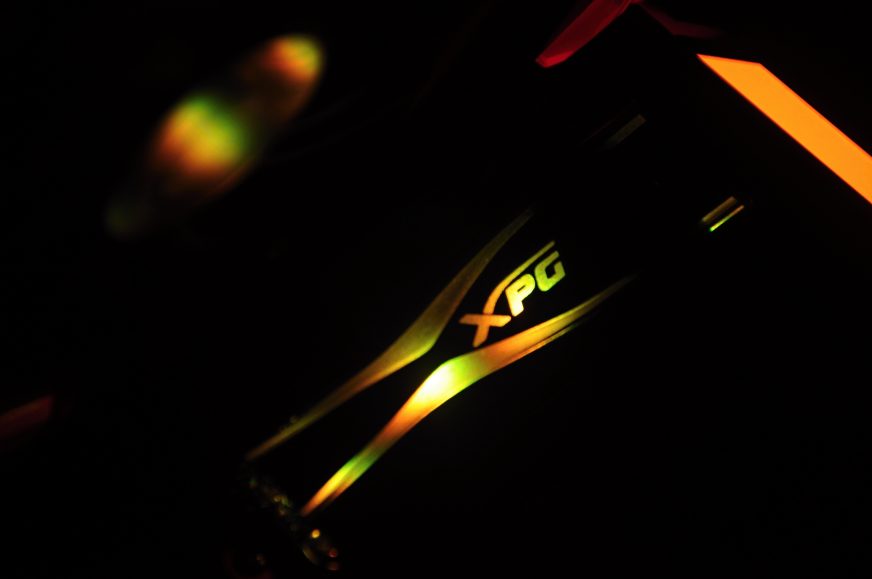 16,500 rpm is extreme. A tiny fan in the unique SSD cooler by Adata can run at such a speed. We expected that it will be possible to regulate it and choose a reasonable setting, but there is no compromise in this design, and frankly, so many imperfections make it very difficult to see something positive about this product, which is a shame because the “core“ is pretty effective.

The construction reminds of a design of cooling systems for reference graphics cards. The basis is a heatsink with a fan (above the SSD controller in this case) + RGB electronics, and everything is covered in a plastic tunnel. The first impression is just fine.

The fan is quite interesting. It is not a radial type (as in GPU coolers) but an axial fan (17 × 17 × 10 mm) with millimeter blades. The air is sucked from above and not from the side. In any case, the flow is very low. According to the specifications, 5 V should be enough, but this voltage cannot even start the fan, and the maximum speed requires 12 V. After all, 12 V corresponds to the configuration of the supplied Molex adapter. We managed to get close enough to the maximum speed with 12 V, 14,750 rpm, although we don’t expect a long lifespan with these setting (very intense friction, bevel bearings).

In order to regulate the fan, you need to connect a miniature 2-pin to a regular 3-pin and then to the motherboard. Only linear regulation is available. There’s also one more adapter in the package, 4-pin for RGB LED (there are tons of options for the backlight). All cables are long enough to reach the connectors on the board wherever they are. However, handling them requires extra caution, tinning to the PCB is extremely fragile. 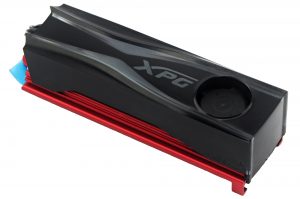 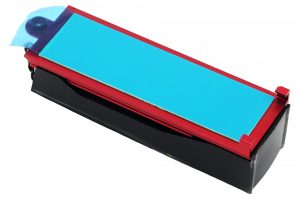 The cover is attached to the heatsink from sides, and it should be noted that it’s not exactly firm, only the force of will is keeping the whole thing together. A robust mounting system is something that products from Adata lack. It complicates both installation of SSD on the heatsink and to the motherboard (or PCIe adapter). 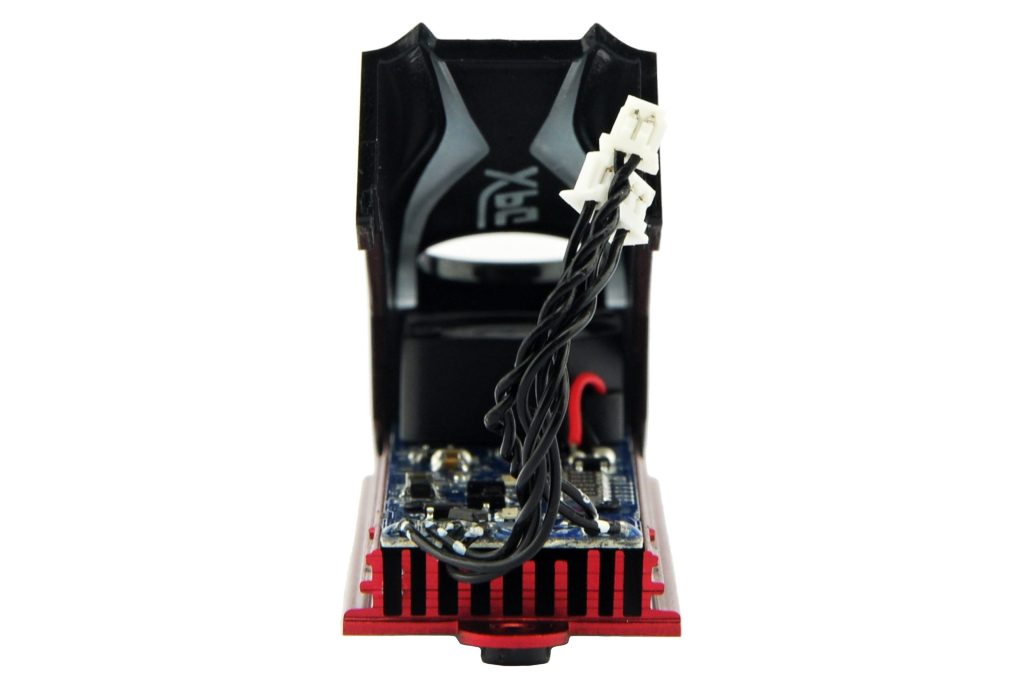 Just behind the M.2 connector, on the sides, there are two hooks that should keep the SSD secured from one side. It should be firmly screwed to the board from the other side, but the tension between the SSD and the holders is so loose that when you attach the cooler to the motherboard, one side of the heatsink is lifted and it loses a contact with the controller. And if you use less pressure, the whole construction becomes unstable.

There could be some backplate that would fill the gap (we used a 0.8mm thick pad for this purpose) and also create a stronger connection to the heatsink. This way, the motherboard connects the SSD and the cooler, which makes the installation process nasty. 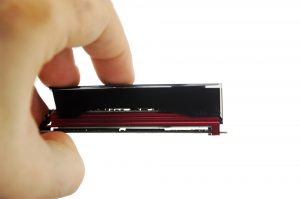 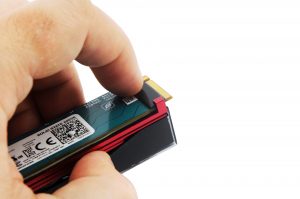 The cooler, along with the SSD, attaches to the M.2 slot via a long case (it is part of the accessory) through the loop in the heatsink and the mounting cut out in the PCB of the SSD. After successful assembly, there comes another threat. One of the negative features of the XPG Storm is the height of 24 mm. And since the M2 slot is typically under the PCIe ×16 slot (and often under the first one, with all lines), a collision with your graphics card is inevitable. We assume that rather than choosing your motherboard according to this cooler, you will reach for some card adapter. But the accessories don’t include a suitable screw, so you need to use something else for the grip, some tapes for example. 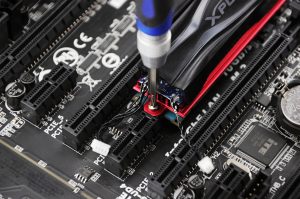 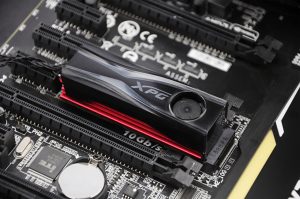 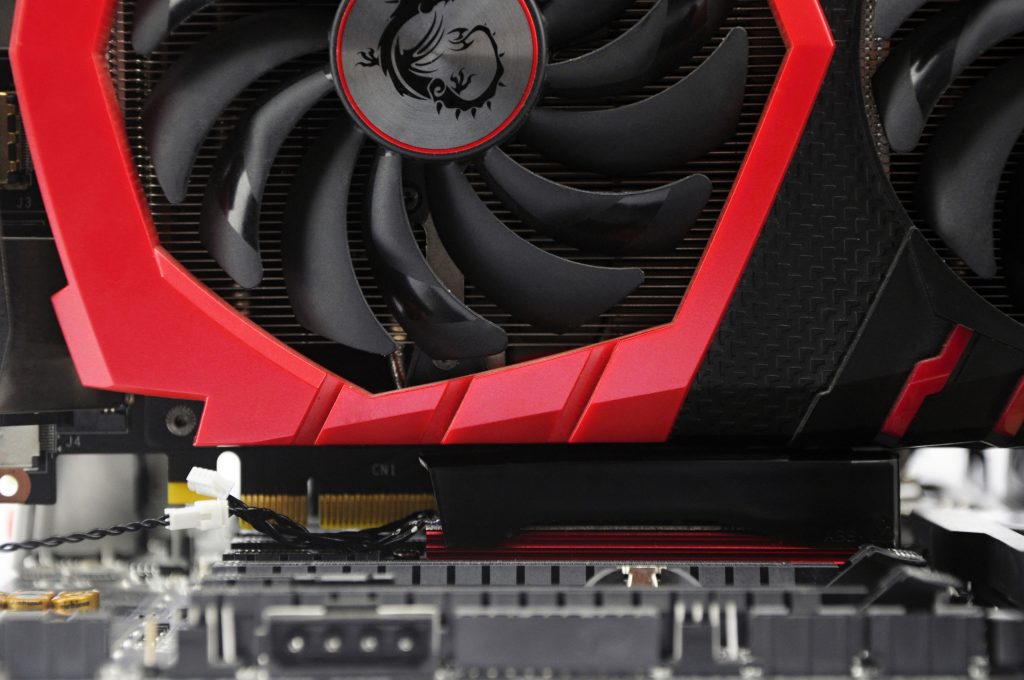