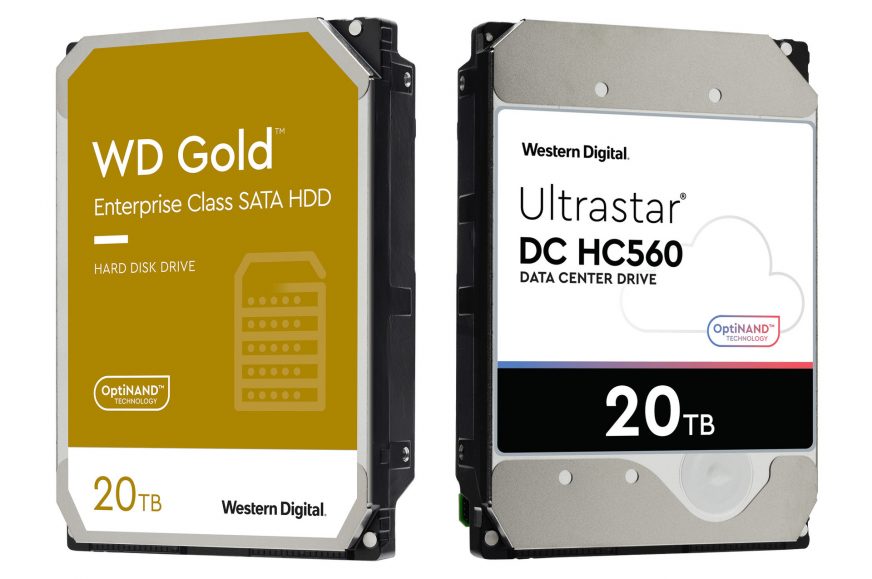 HDD capacities have been rising slowly lately and new larger HDDs often take very long to ship after being announced. But it looks like we are finally getting somewhere: the first 20 TB capacity HDDs (without SMR) are coming, from Western Digital. They’re actually coming to the market with general availability. What’s more, they are interesting because they are the first drives with the recently introduced OptiNAND technology.

For WD, this shouldn’t be the very first 20TB HDD. Back in 2019, the company announced a 20TB model, the Ultrastar DC HC650, which used energy-assisted EAMR recording. Notably, however, it only reached 20TB capacity through the use of the problematic SMR recording, with that generation’s capacity with standard tracks (“CMR”) ending at 18TB back then. If we are not mistaken, these HDDs are not commonly available for sale, and today you can find nothing bigger than 18TB HDDs in the shops. So these new drive models being introduced now should probably be the first ones to be available with 20TB capacity on a regular basis.

The second model is a bit closer to the PC sector and should be sold in a wider market: the WD Gold 20 TB (code WD201KRYZ). This gold series is intended for the “Enterprise” market and also probably, according to the manufacturer’s ideas, is mainly aimed at NAS and similar storage RAID array applications. Both drives are probably based on the same technology/component set and chassis.

First HDD to use OptiNAND

It’s a 3.5″ 7200rpm helium-filled disc with nine platters – as mentioned, they have standard universal CMR recording, so no complications with SMR. Because they are intended for enterprise storage applications, they have increased reliability (mean time between failures of 2.5 million hours, anti-vibration protection, five-year warranty). So far, this is all the old usual and nothing new, but WD is also deploying EAMR energy-assisted writing and, in particular, the new OptiNAND technology, in these drives.

OptiNAND moves metadata away from the platters and stores it on special UFS storage added to the drive’s electronics, improving performance, reliability and, most importantly, space usable on the platter. It’s probably safe to say that OptiNAND is the one innovation in these drives that has made it possible to increase capacity to 20TB even without SMR, though that’s not its only purpose. We discussed aspects of this paradigm shift in mechanical drives in detail here:

The combination of physical write density in tracks and OptiNAND, which reduces or eliminates much of the metadata, contributes to a relatively respectable maximum sequential read or write speed for an HDD of 269 MB/s. Admittedly this is not something significantly above the level of other more powerful HDDs. This is a figure in base 10 “megabytes”, in standard base 2 megabytes (based on multiples of 1024) it is 257 MiB/s.

As mentioned, both drives seem to have the same hardware and only differ in firmware. The parameters are the same for both Gold and Ultrastar. The power consumption (6.0 W idle with platters spinning, 7.0 W read/write) or noise (20 dB idle with platters spinning, 36 dB with heads moving) are also the same. Both drives have the same 512MB DRAM cache and the interface used for both is SATA 6.0 Gb/s.

The Ultrastar series may be sold mainly in the server OEM market, but the gold series drive, the 20TB WD Gold “WD201KRYZ”, is already sold separately. Western Digital offers it in their official store with a price set at 680 USD, which would make the european price, after adding VAT, about 725 EUR. However, WD’s officially quoted price for our market is higher, 741 EUR. That’s quite a hefty premium for the last 2TB of capacity, so if you were going by price per terabyte, the better choice would probably be the older 18TB models, which can be found at much better prices.

The 20TB drive is said to ship within one to two weeks upon order according to the official WD store, so we can probably really say that this is an actual arrival of this HDD capacity to the market. Western Digital just barely made it within this year, though admittedly this is an availability data for the US market. In the Eurozone, these drives haven’t appeared in e-shops yet, and the WD e-shop for the Czech Republic also doesn’t list any availability date yet, so the arrival in Europe may happen several weeks later as well.

Back to: First OptiNAND drives and first 20TB drives without SMR come to the market
Flattr this!
HDDs Western Digital 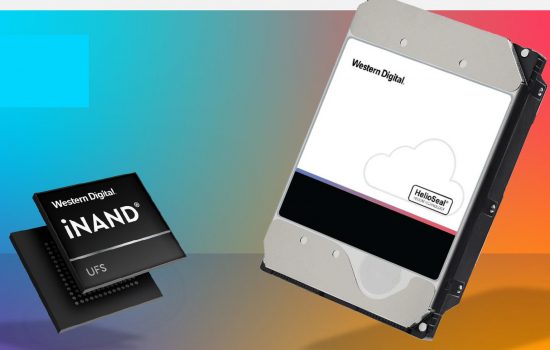