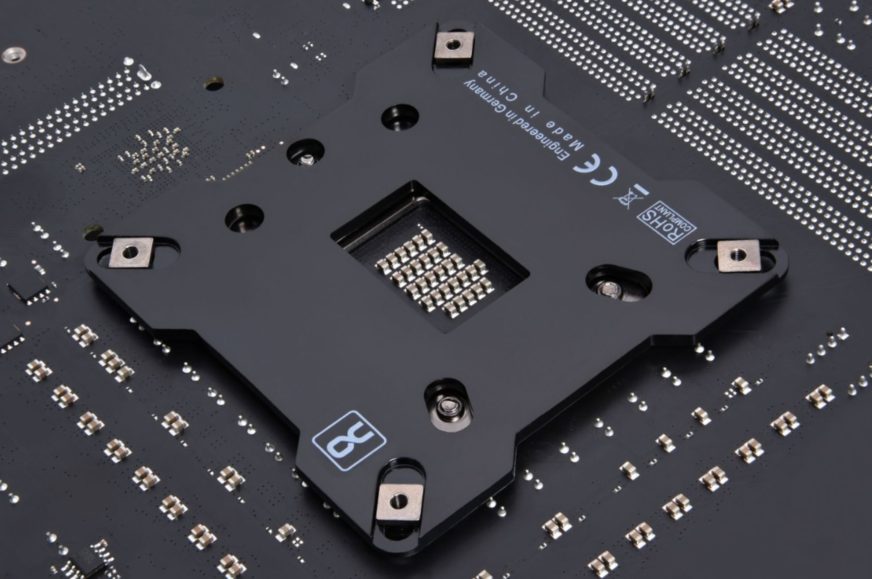 Finally, someone brings up the topic of metal backplates for liquid AIO coolers. There is an ingrained belief among manufacturers that plastic backplates are sufficient for liquid coolers. They are not enough though, for a number of reasons. It is therefore good news that Alphacool is releasing steel backplates as optional accessories for multiple coolers. And if you own any of the supported coolers, you can request one – free of charge.

Before we get to the heart of the matter, let’s understand why we are so happy about such a seemingly “small” thing as the use of steel for the backplate of the liquid cooler block. The vast majority of AIOs have backplates made of plastic. There are probably a number of reasons for this, and one of the main ones would be the lower cost of the material.But the manufacturers’ argument for why plastic backplates are sufficient tends to be that they have sufficient load capacity for lightweight water blocks with pumps. That may be true, but load capacity is not the issue here.

The stumbling block of plastic backplates is not only the material itself, but also the combination of the design of the movable nuts to fix the whole system. These are, naturally, made of metal and, with bright/oval exceptions, have heads with sharp corners. At higher tightening forces such a design does no good and deforms the softer material. If the rail doesn’t crack after , say, more aggressive multiple mountings, the bolt at least leaves a nick in its path, causing the joint to lose stability.

And then there’s the weaker pressure. The thinner plastic backplate also flexes differently due to the higher force and therefore always exerts less force on the processor than metal alternatives. The heat-conducting properties also depend significantly on the amount of pressure. We once tested the effect of different pressure on temperatures and in a vertical position on a processor with a power draw of around 240 W, the difference between “weak” and “strong” pressure can be as much as 13 °C.

The improvement in cooling performance due to higher pressure is particularly attractive for the more powerful Intel Alder Lake processors. These often draw over 200W, and for example a Core i9-12900K without power limits can draw up to 300W. Related to this is the temperature of the cores attacking one hundred degrees Celsius even with relatively powerful coolers. Cooling of more efficient processors that do not reach critical temperatures can be quieter. This is also why Alphacool has released a metal backplate, for which it mentions a significant improvement on the Intel LGA 1700 platform. However, a smaller hole spacing for LGA 115x/1200 is also supported.

We may even test what kind of CPU temperature reduction such a blackplate can bring. The new steel backplate from Alphacool (Core) supports the whole range of XPX standalone water blocks, but also complete AIO coolers Eisbaer (Solo, Pro, LT). It’s on sale for an end price of 6 EUR, but as the owner of one of the coolers (or blocks) you can claim it for free. Just contact Alphacool and show proof of purchase of for example the Alphacool Eisbaer Pro Aurora 360 or another compatible cooler. 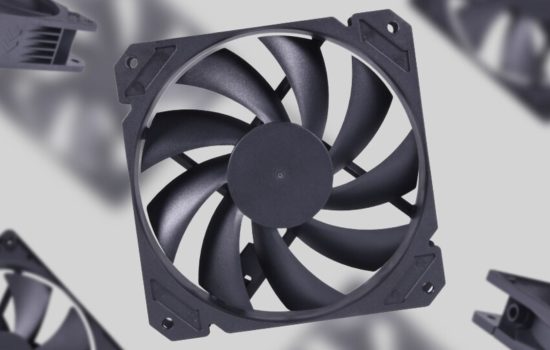 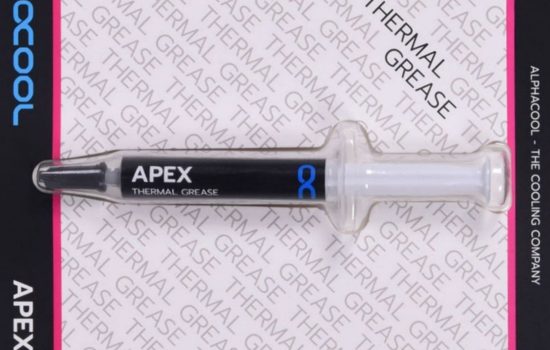