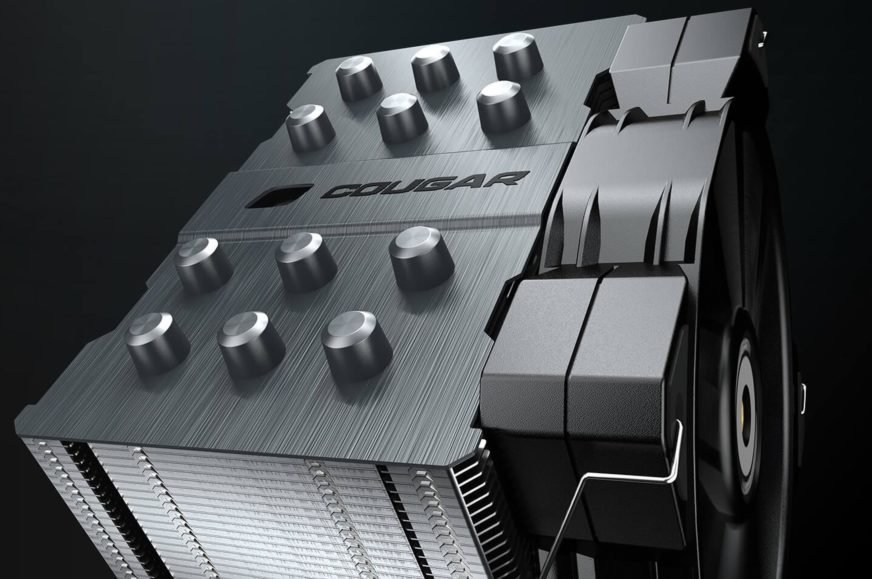 The choice of more powerful single tower CPU coolers is growing. A year ago there might have been a shortage, but now, one model after another. The latest is the Forza 85, with which Cougar builds on the slimmer design of the Forza 50. Very high cooling performance is to be expected not only because of the extra weight and a high-speed fan, but also because the closed fins on the sides achieve the highest possible pressure.

Wider single tower CPU coolers are gaining popularity. Until recently it was hard to find alternatives to the Scythe Mugen 5, which is a typical representation of this design. A noteworthy cooler built on a similar basis was released this year by Jonsbo, later by ID-Cooling (with an even higher claimed TDP) and finally by SilentiumPC – Fortis 5.

It is still the case that for larger coolers weighing over a kilogram, most manufacturers prefer to divide the fin area between two towers with a fan in between, but alternative solutions are also becoming available. The advantage of wider single-tower coolers over twin-tower coolers is typically better memory compatibility, also due to the fact that the position of the side fan can be height adjustable. In the case of the Forza 85 cooler, however, this will not be necessary. Its heatsink is angled away from the DIMM slots so much that the fan (and even its clips) do not extend above them. 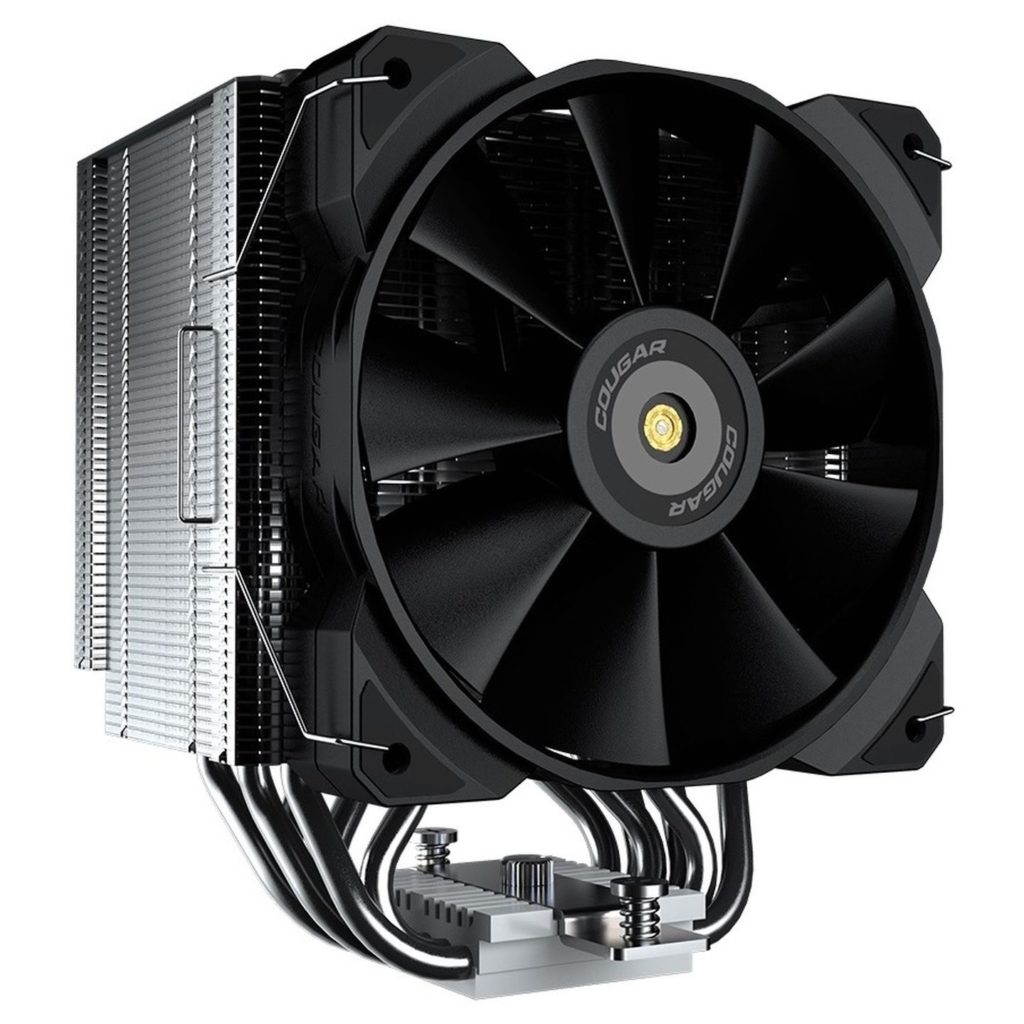 The cooler will weigh up to around 1.16 kg, but at the same time it is a nice 160 mm in height. A lot of coolers this heavy are taller, but Cougar has made sure that they are as compatible as possible with cases. The large fin area is obtained by stretching rather deep (110 mm) and especially wide (85 mm without fan). 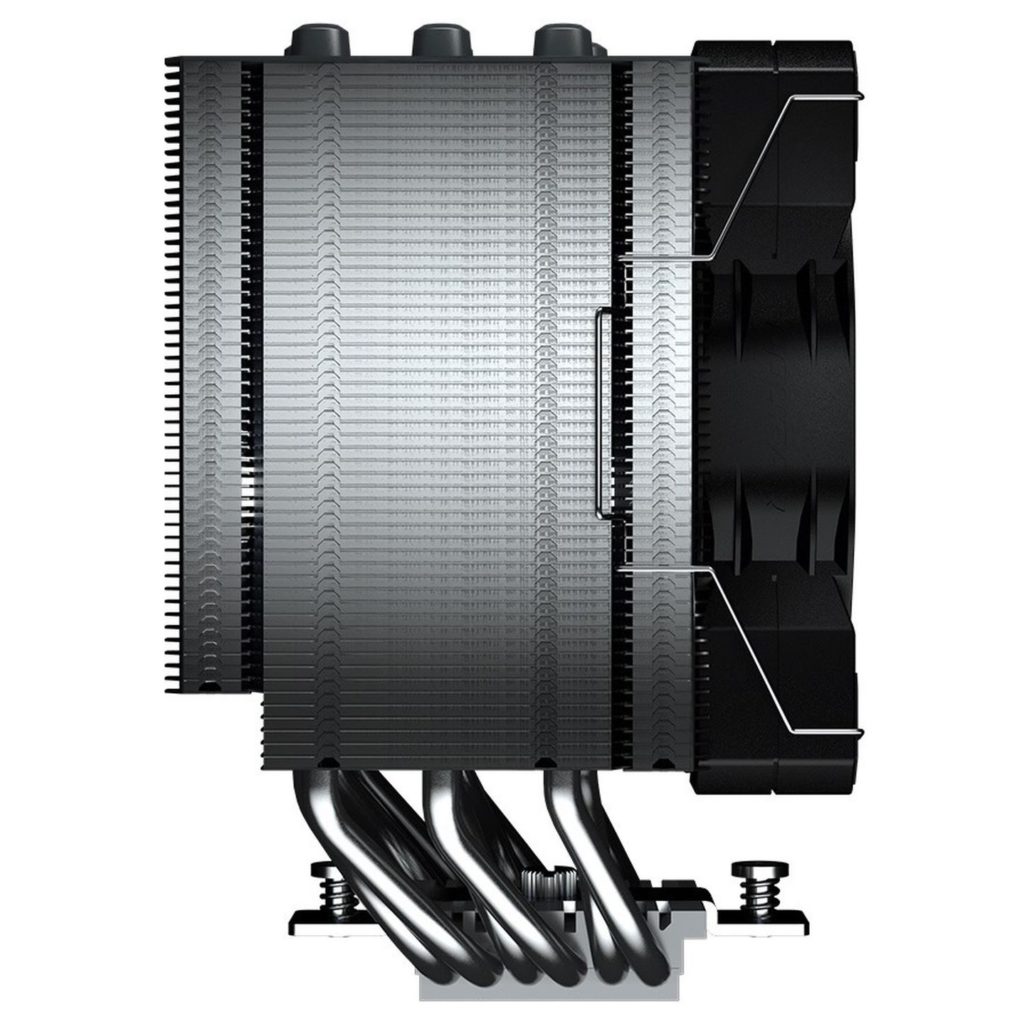 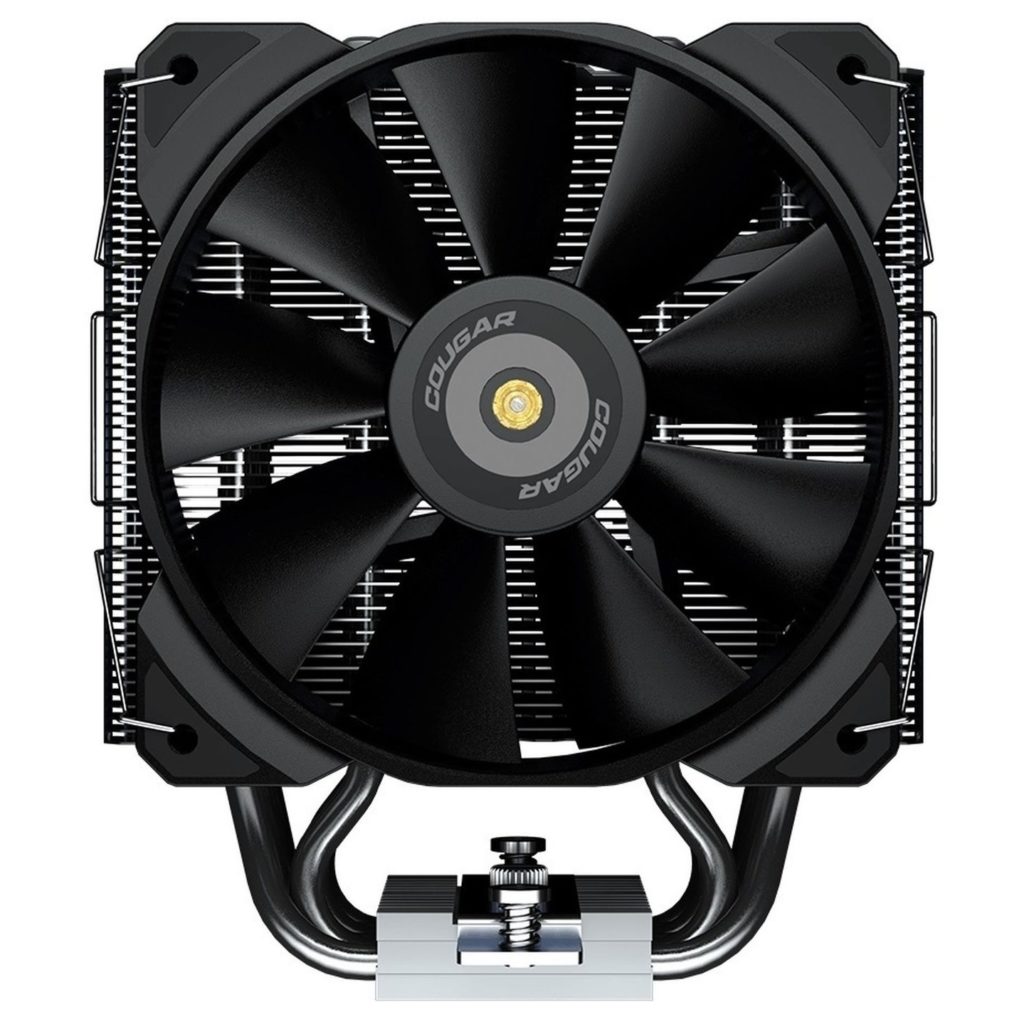 The disadvantage of such thicker heatsinks in general is the less uniform cooling of the fins, or the rear part of the fins, where the fan reach is smaller. This is because of a pressure drop, but it only occurs because it is lost along the way due to the often open sides of the radiator. Cougar has closed these off and it talks about a tunnel. So the pressure drop should be negligible to none. Depends on how tight that tunnel is. If flawless, there will be no pressure loss and thus the rear fins will be cooled as well as the front ones. You can also add a second, expanding fan to the rear if needed. Here, however, you should expect that the increase in noise will probably be greater than the increase in cooling performance.

The Forza 85 cooler comes with one high-speed Vortex MHP120 fan with a range of 600-2000 rpm. The specified static pressure should reach up to 4,24 mm H2O with 143,53 m3/h of airflow. At this setting, the cooler is naturally noisy, but it could perhaps retain its premium efficiency even after slowing down to a lower level. 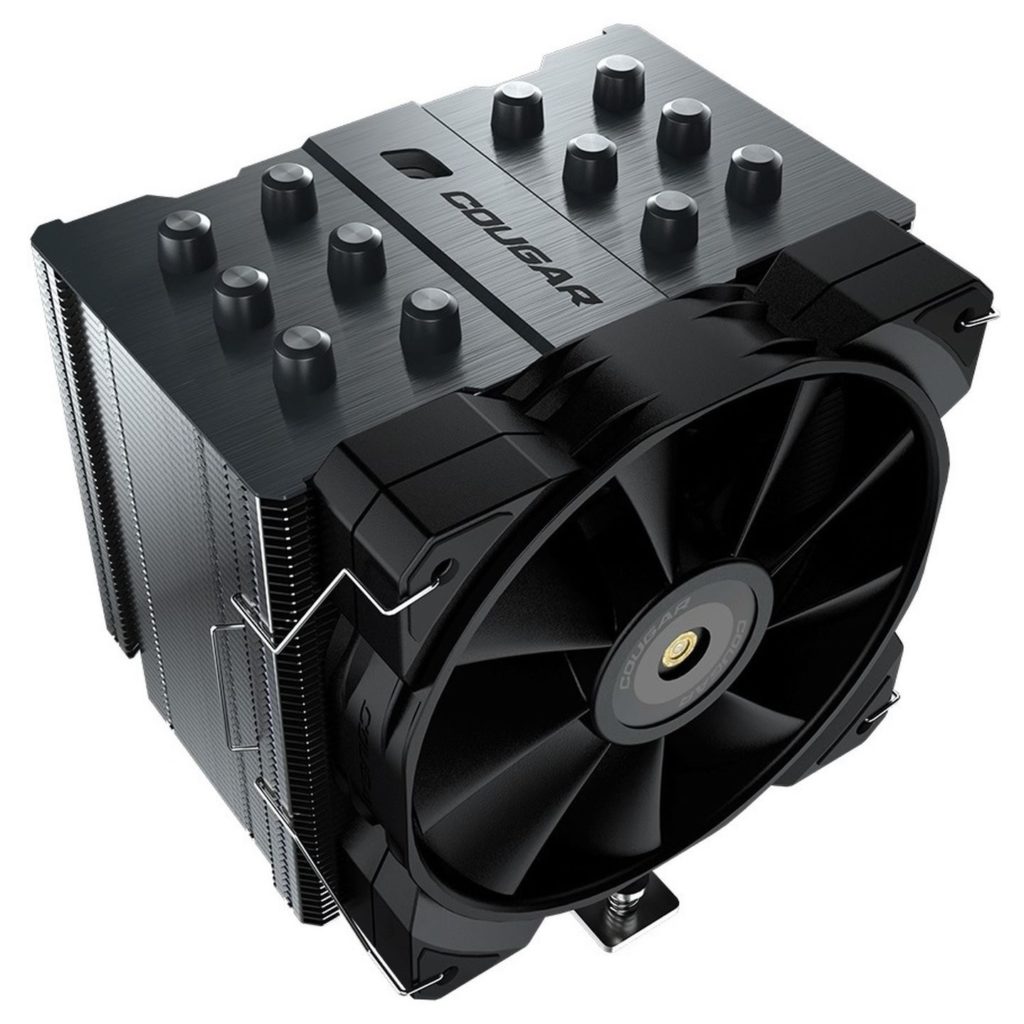 The fan uses a hydrodynamic bearing, which provides low friction, hence the low noise or long life. However, Cougar is reticent with the MTBF value though. All modern platforms (AMD AM4, Intel LGA 1700, 1200, LGA115x, 2066) and a few older ones (Intel LGA 2011, AMD AM3/+, AM2/+, FM2 and FM1) are compatible. Price and availability are still unknown.