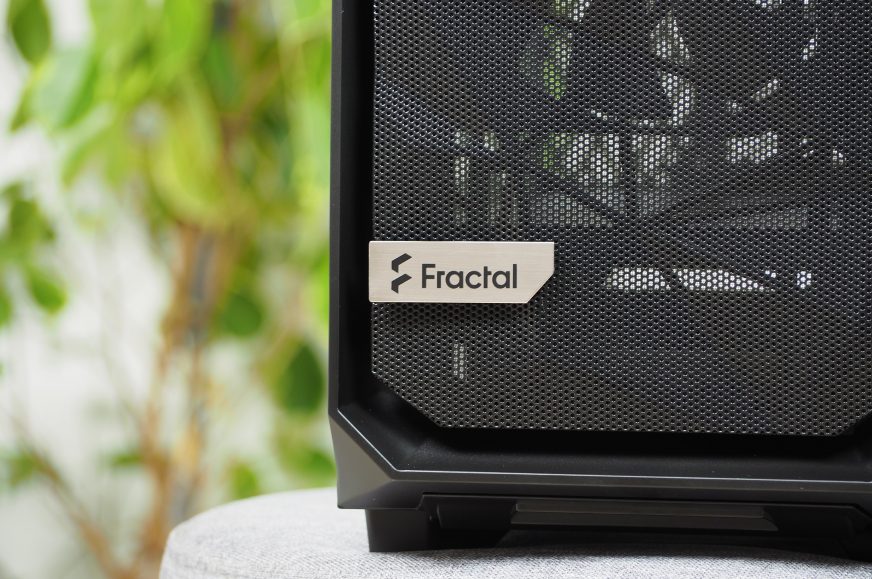 The popular Meshify C case from Fractal Design finally has a successor on the market after five years. It was introduced on this day and brings a new soul in the old body. The fact that the case has undergone significant innovations is also evidenced by the weight gain of more than one and a half kilograms. The new Meshify is not heavier for no reason, also thanks to this it leaves the first generation far behind.

The case did not go through some significant facelift, which would differentiate the series at first glance and the original charm thus remained. When measuring the thickness of tempered glass, I measured 2.85 mm with a micrometer, which is quite an unusual value. The predecessor has 3 mm in the specifications, so we will see what information the manufacturer will state now. Even with small dimensions, the weight of the case can be higher, which it also is. This immediately evoked in me the possibility of a more massive design than what usually passes through my hands. The thickness of the sheets ranges from 0.78 to 0.8 mm, which is a solid increase compared to the usual 0.6 mm. 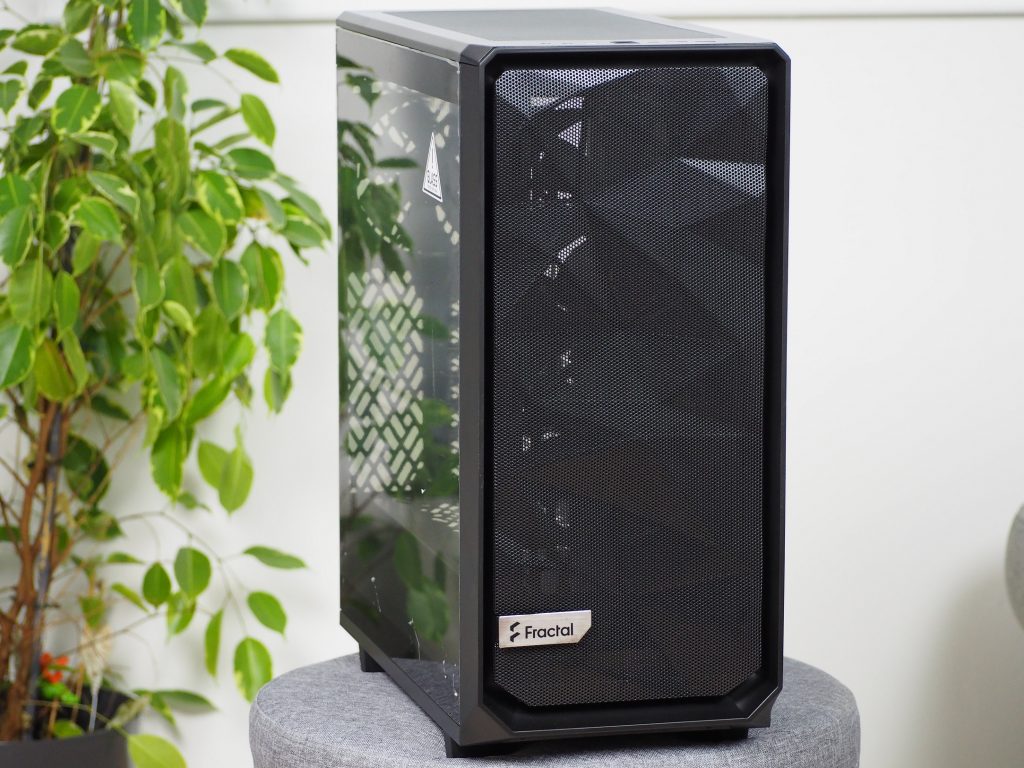 I’ll tell you straight away that opening the side panels has reached a new level. Whether the tempered glass or the right metal side panel, they open without tools, only with hands, without problems and in a second. The side panels have special hooks and push-pins with ball ends that hold them to the case. You might have also noticed something similarly simple in Sekira with hinges. I fell in love with this mechanism very quickly, it is quite addictive and one tends to go through a few cycles of opening and closing. 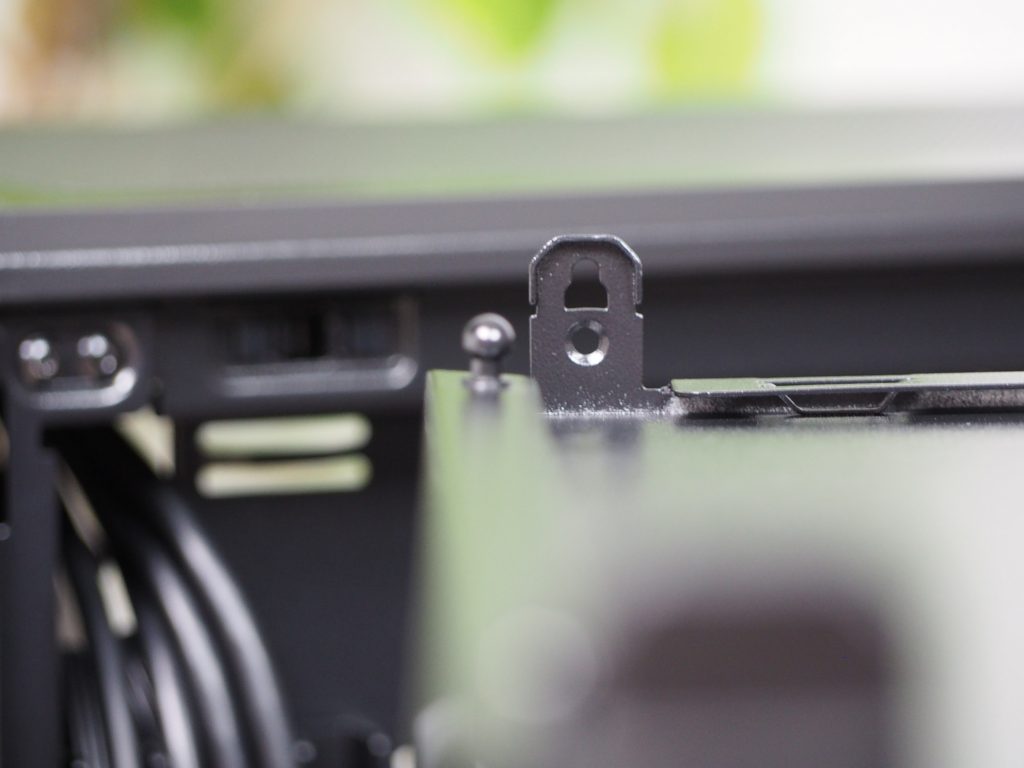 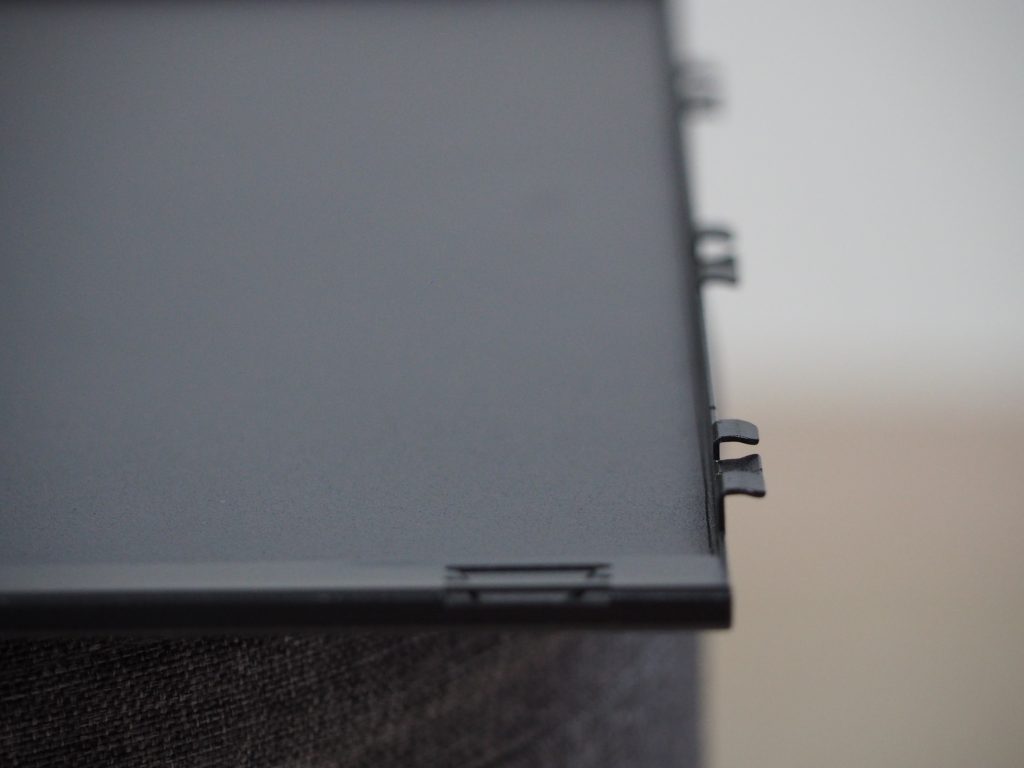 Both sides extend to the back, where they have two release levers at the top, which you just need to pull in a direction and the side will slide out with your hand. Of course, it is questionable what the lifespan of this mechanism is, but since one will not use it ten times a day, I dare say that it will survive the case. Otherwise, the rear of the case is designed as standard with an I/O opening for the motherboard, a spot to attach a 120 mm fan, which is supplied with the case, expansion card covers and a power supply opening at the bottom. Using another frame to hold the power supply and then attaching it to the case never seemed like a good solution to me. The same goes for the second generation of Meshify, but for the compact dimensions of the case, I understand this system – you will not fit the power supply to the tunnel from the side. 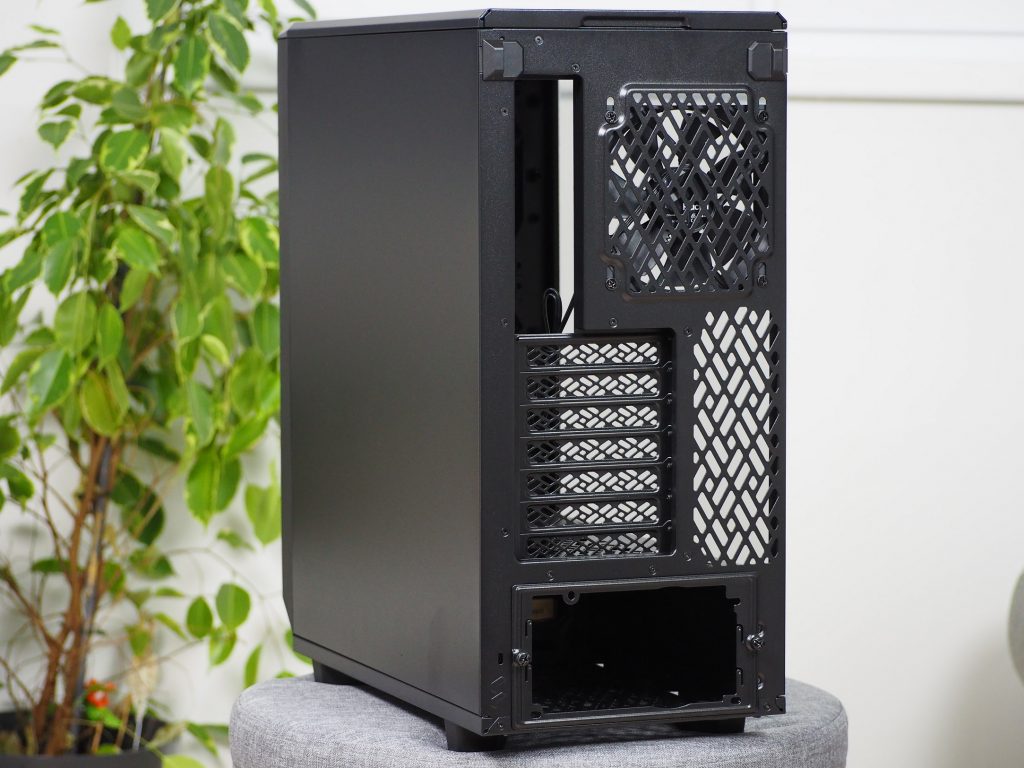 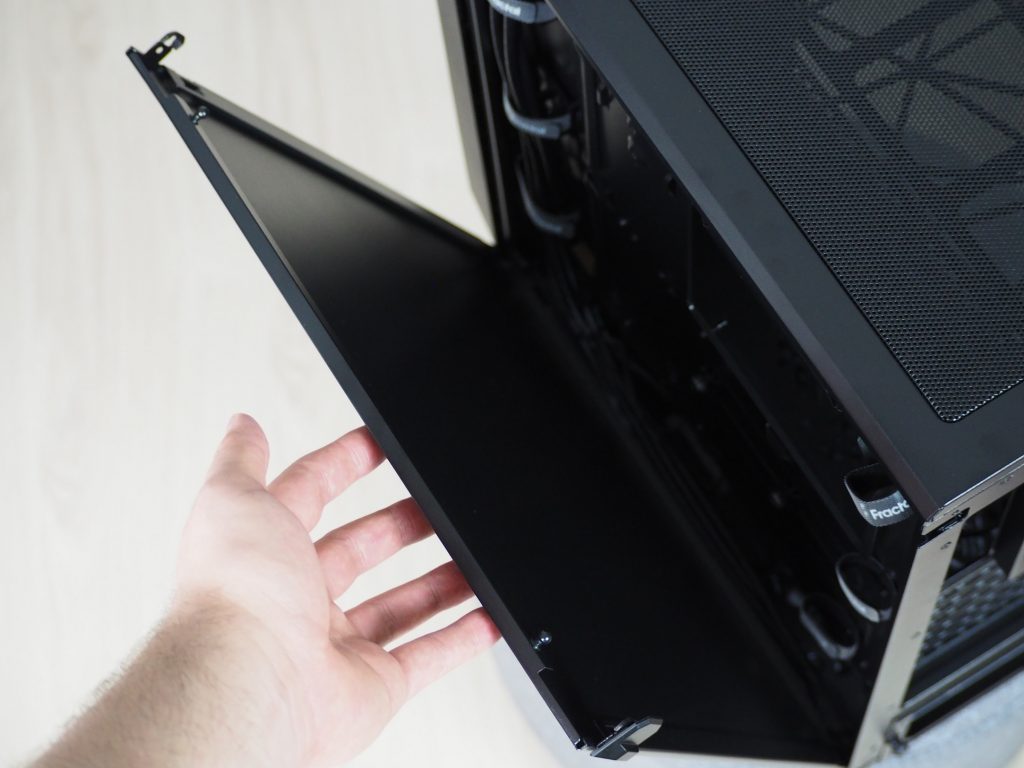 A typical feature of the Meshify series is the “wrinkled” appearance of the front panel. The developers naturally kept it in the novelty. Usually it is not so visible in space compared to a photo from the right angle. However, such an adjustment definitely adds elegance to the case. 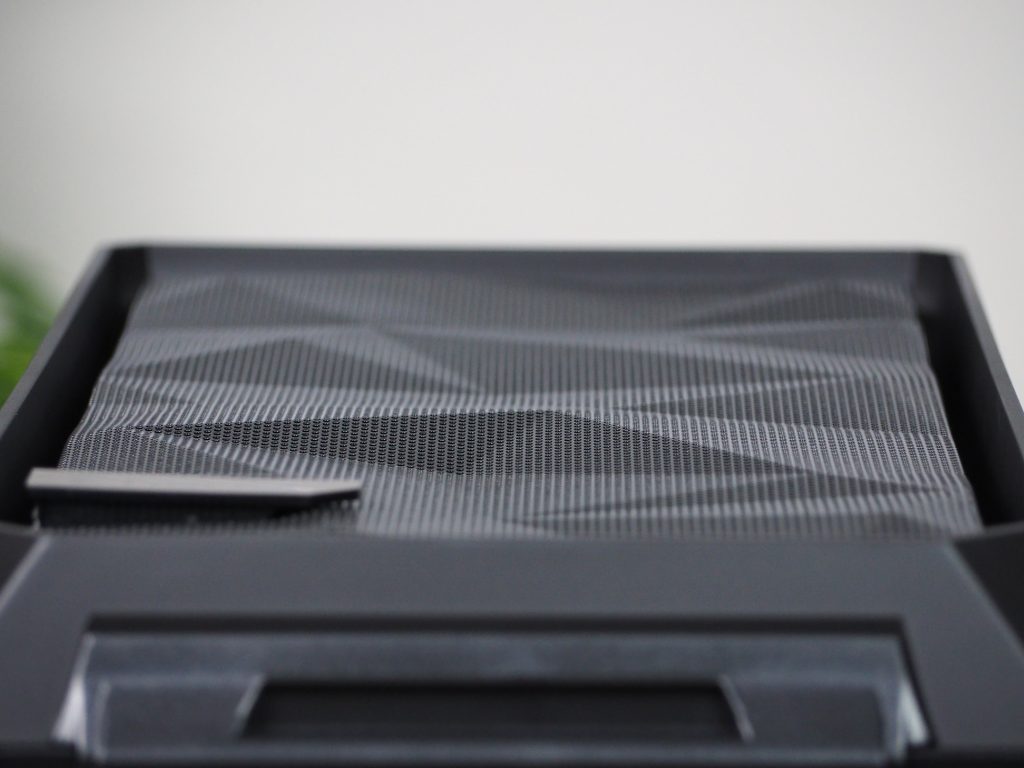 Compared to the older sibling, it has a fully removable front panel with an easily removable dust filter. The front, design mesh is on the hinges and has a fine dust filter right behind it. It can be removed from the hinges by snapping it out and together with it you will also remove a nylon filter for cleaning. If necessary, it is also possible to remove the entire frame, which holds this whole mechanism on the case. Behind it there are two 140 mm Fractal design Dynamic X2 fans. Compared to standard Dynamic fans (non-X2), they have lower power draw and also a longer service life, up to 100,000 hours. If you would like to replace them with water cooling, the case is fully available for up to a 360 mm size, while the width of 145 mm cannot be exceeded.

To differentiate across the generations, you can use the status LED panel, which lights up while the computer is on. By the way, it is the only diode on this entire gem. 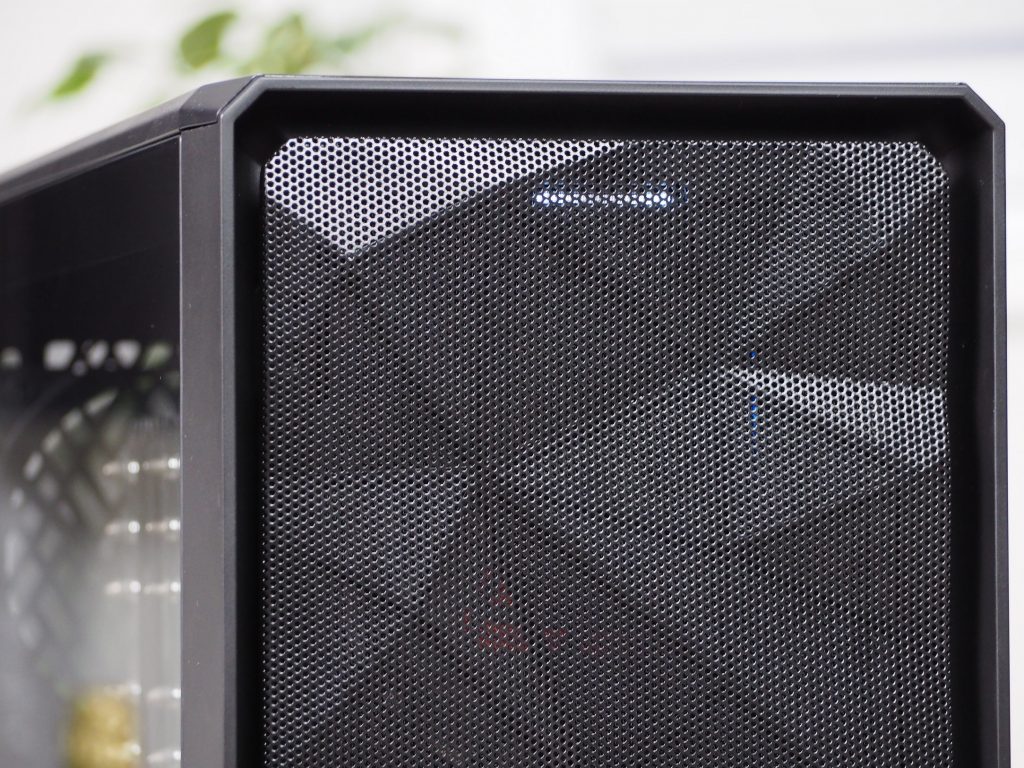 Connectivity on the top panel does not lag behind. There are two gen 1 USB-A ports (i.e. 5 Gb) and 1× USB-C gen 2 (10 Gbps). The first generation boasted only two USB-A connectors. The rest is identical to most other cases – power and reset buttons and 2× 3.5 mm jack for headphones and microphone. Both buttons are stiff and you need to apply more pressure than usual. I assume that this is more of a prevention against unwanted pushes, because the button press path is almost zero. 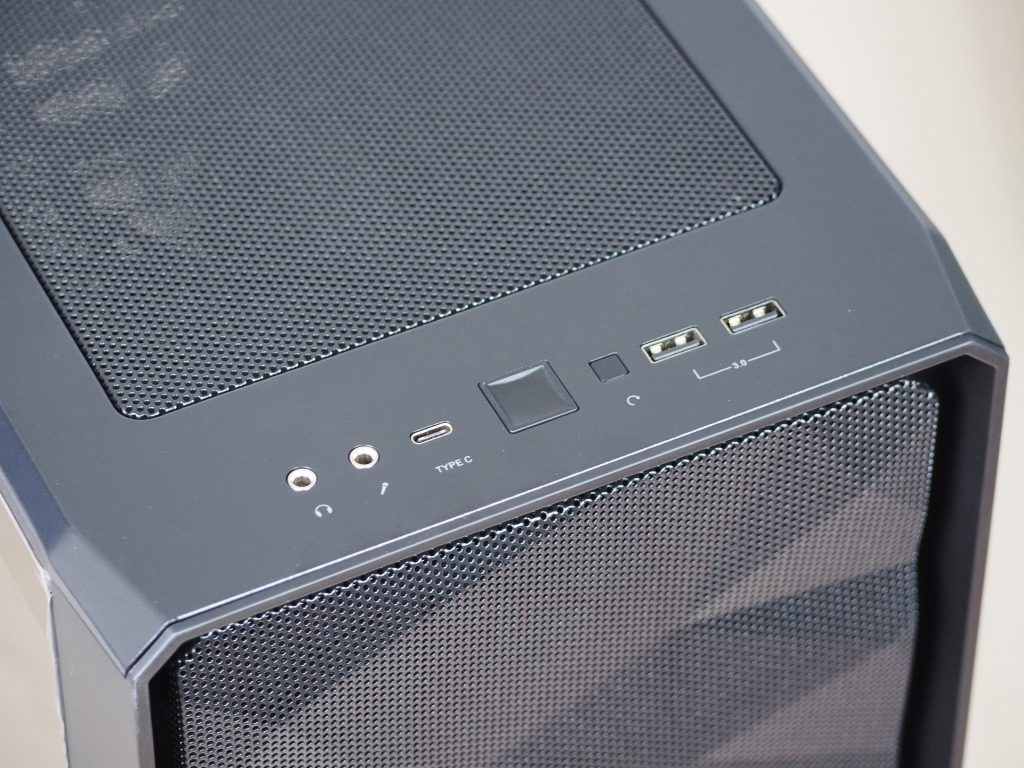 Many water cooling enthusiasts can now enjoy the detachable top panel. Under the main part and a thicker dust filter mesh, hides a fine removable nylon filter. With that, the case improved significantly compared to its predecessor. It is hooked on a structure used to hold the radiator for liquid cooling. It can be up to 240 mm in size and it is important not to exceed a height of 40 mm, otherwise it will collide with the motherboard. In practice, only rare narrow radiators in combination with low-profile fans will be compatible. Rather, you will probably attach 120 mm fans here. There’s room for two.

For more efficient cooling, most of the bottom side is perforated. Manufacturers could take an example from Fractal, as this whole part is protected by a fine nylon filter, which is not usual among others. Below it, you can see four screws, through which they hold the drawer for 3.5″ HDD to the structure. The case stands on rubberized feet. My observation and advice is not to rub the case on a wooden floor. It leaves smudges, which also applies to models from other manufacturers. 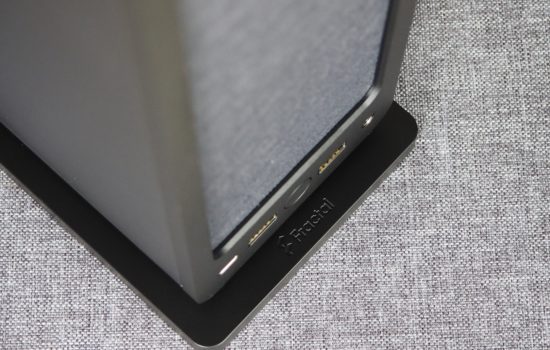 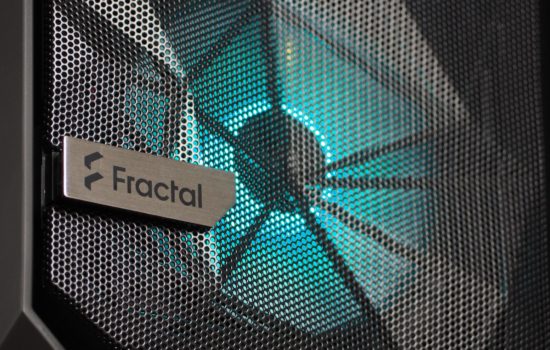 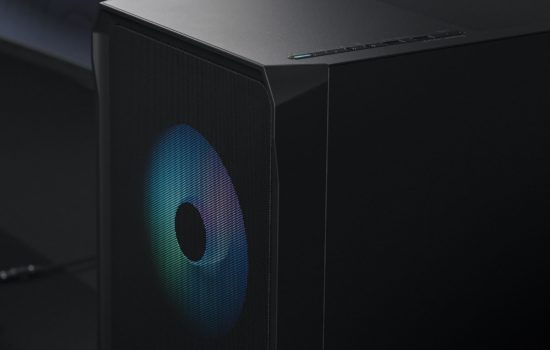