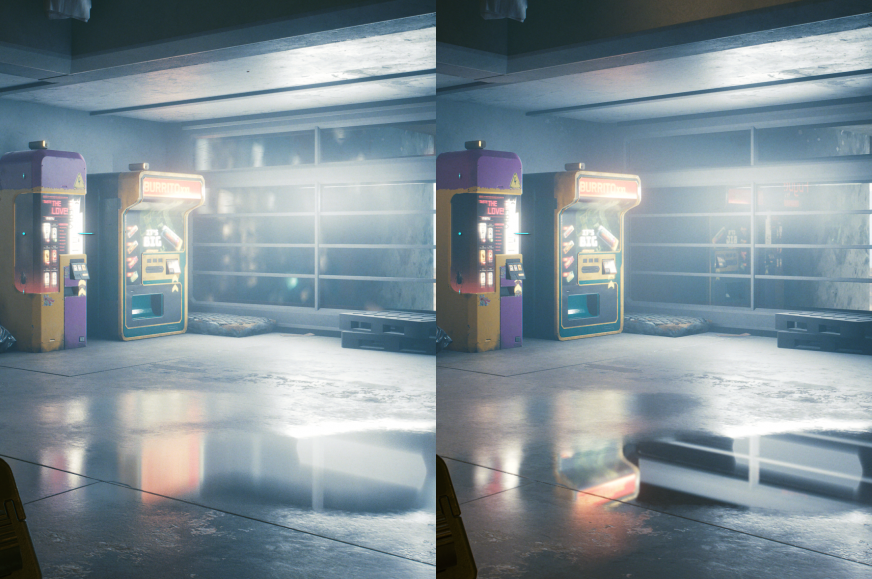 A sneak peek ahead of review: RTX 3070 with six video outs from Gigabyte

We are introducing a new testing methodology for graphics cards. One of the reviewed cards will be the GeForce RTX 3070 and we have an interesting one: Aorus GeForce RTX 3070 Master 8G with six video outputs. Before the review comes out, we’ve use it for a visual comparison to see the impact of ray tracing and how the different DLSS settings in the latest Cyberpunk 2077 patch will affect the quality of the game graphics.

AORUS GeForce RTX 3070 Master 8G is a non-reference version of GeForce RTX 3070 using a cooler with three axial fans, the center one of which is contra-rotating and mounted a little lower into the cooler. The blades of the edge fans partially overlap it, so the whole length of the card is used more efficiently for the cooling: the area of the heatsink that is not having air forced through it directly has been reduced by this measure. At the end of the card there is a pass-through opening, similar to how the cooler is opened for airflow on the Founders Edition variant. Roughly 60% of the rear fan output passes through card into the space above the PCI Express slots, which should improve the overall cooling. 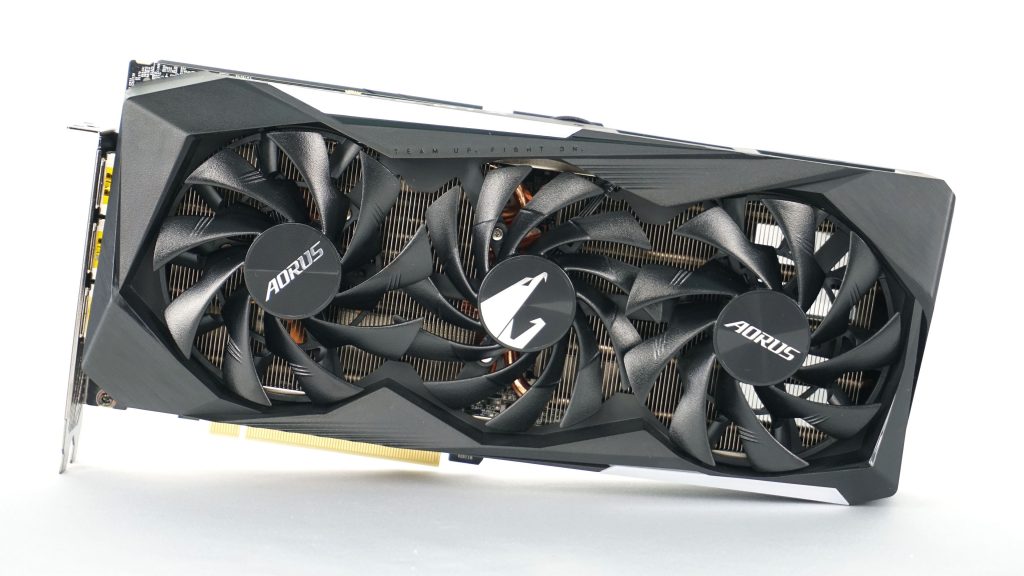 Compared with Nvidia’s Founders Edition, you also get RGB illumination (with RGB Fusion 2.0 technology), in addition to the three-fan cooler. And also, Gigabyte uses the good old standard power supply via two 8-pin connectors, so you don’t have to deal with an adaptor and can simply connect any sufficient power supply. Both connectors have LED indicators for power problems signaling. 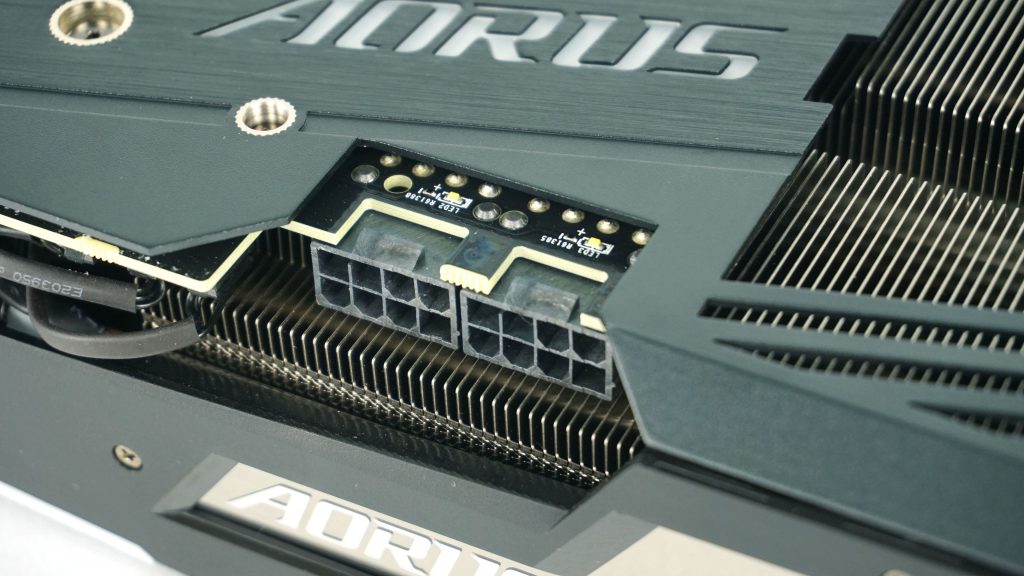 The card runs the GPU factory overclocked, with a 1845 MHz boost, while the standard reference value is 1725 MHz (a 7% increase). The memory is standard GDDR6 with a capacity of 14.0 GHz, but as we have already mentioned, the outputs are special: the card has two rows of video ports – the usual three DisplayPorts 1.4a are in the upper one. The card supports four displays simultaneously, but has six ports, which gives more freedom in setting up monitors, TVs or VR headsets. 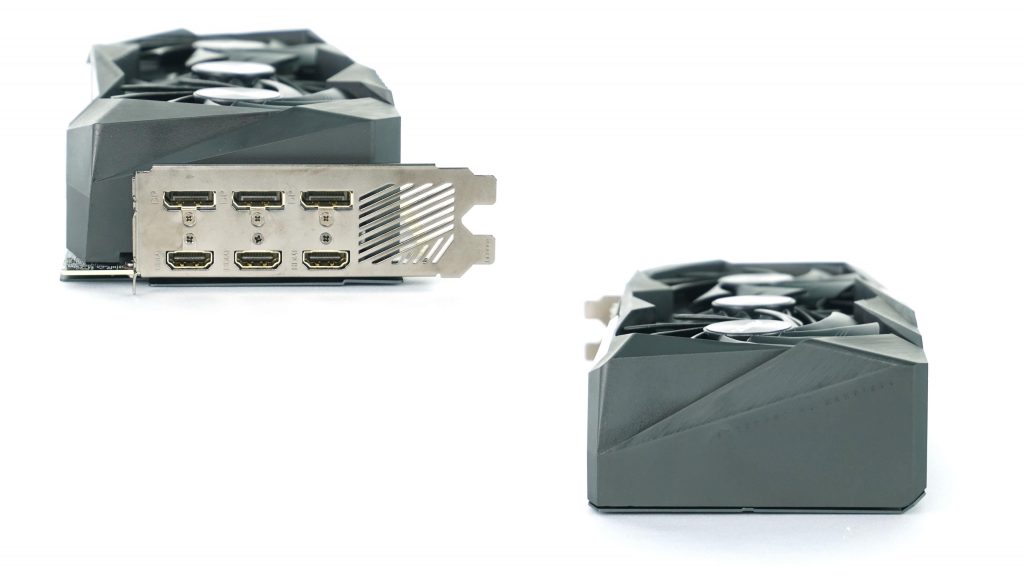 GeForce cards usually have three DisplayPort outputs (useful for gaming on three monitors with G-Sync) and a single HDMI 2.1. Sometimes there are two HDMIs, but then you only have two DisplayPorts. The Aorus Master card from Gigabyte solves this by having both three DisplayPorts to make three-monitor gaming easy, and three HDMI outputs.

Two of these are HDMI 2.1 with high resolution support. HDMI 2.1 even has a higher usable bandwidth compared to DP 1.4, so having more than one of these ports is nice. However, the third port is only HDMI 2.0 with less capabilities in terms of supported resolutions and refresh rates – it’s the middle one, which is easy to remember.

As a specialty, the card has its own color LCD display (called LCD Edge View) on the edge that faces out of the case when the card is mounted the standard way. Reports such as temperature can be shown here, but more importantly, user-selected content is supported too – text, pictures, but also animations. 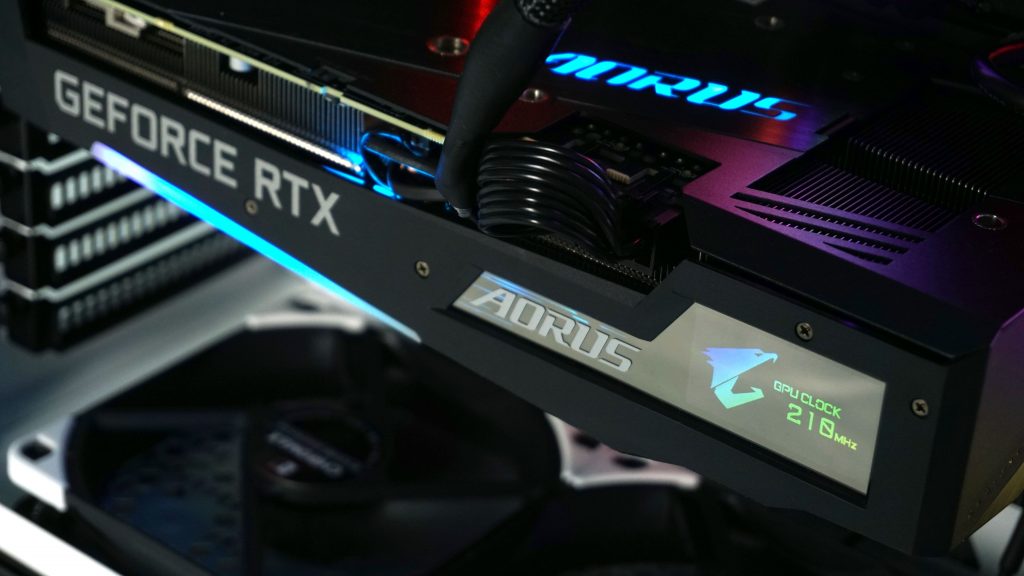 By the way, the card also has an above-standard – four-year – warranty. You will learn even more in the review.