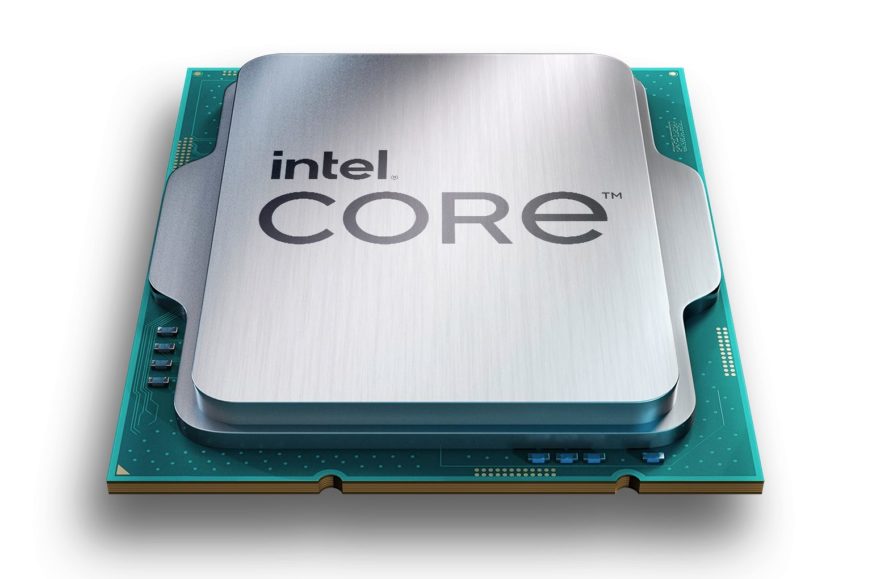 This week, AMD Ryzen 7000 processors and AM5 platform went on sale (we’ve already tested the 7900X). Intel will counter with their own new generation next month: the 13th generation Core “Raptor Lake”, which was unveiled on the same day, albeit with no physical availability yet. We now have definitive specs, as well as pricing. You’ll be pleased to know that most SKUs have not gotten more expensive, even though that was rumored.

The specifications of Raptor Lake processors have largely been leaked before through unofficial channels, but now they have been officially confirmed by the manufacturer and we also have prices. Intel is only launching a portion of the processors in this first batch – 125W enthusiast models that are unlocked for overclocking, and with them, the Z790 boards. However, Raptor Lake processors are also compatible with previous generation boards with Z690, B660, H670 and H610 chipsets, those boards just need a BIOS update.

Raptor Lake is very much an evolution of Alder Lake processors – it has some modifications to the cores, but most of the ingredients are taken directly from Alder Lake. Also, the process used is still 7nm (“Intel 7”, but it is now supposedly improved, being unofficially called Intel 7 Ultra), while the competition is switching to TSMC’s 5nm process. It was able to achieve significantly higher clock speeds, which is one of the main sources of increased performance in Raptor Lake. The second one is the increase in the number of cores – but only the little efficient ones (“E-Core”), not the big ones.

Intel processors have somewhat complicated boost modes with different levels, and with Raptor Lake Intel will use all the boosting technologies it has developed so far. In addition to the basic boost (it’s called Turbo Boost 2.0), the first is the Turbo Boost Max 3.0 technology. When enabled, it is possible to achieve higher clock speeds than with the normal Turbo Boost 2.0. However, this is only possible on those cores that are preferred (the two cores with the best parameters that Intel finds and marks during production). Turbo Boost Max 3.0 is only available on Core i7 and Core i9 models.

Furthermore, some processors have Adaptive Boost, which Intel introduced in Rocket Lake. Normally, the maximum boost on Intel processors varies according to the number of cores under load, but with Adaptive Boost this limitation is removed and the processor can opportunistically boost to higher clock speeds in multi-threaded workloads until it exceeds the power and temperature limits (this boost mode is closer to the way Precision Boost 2 is managing clocks on AMD processors).

And on top of all that, there’s Thermal Velocity Boost technology. It adds 100 MHz to the clock speeds achievable without it when the processor temperature is below 70 °C. This bonus 100 MHz is applied both for single-threaded (and therefore absolute maximum) boost and for all-core boost in all-thread workloads. According to Intel, both Adaptive Boost and Thermal Velocity Boost should only be present in Core i9 models.

And now to the individual models (you can also find their parameters in the table below). The most powerful member of the series will be the Core i9-13900K for now. This processor has a full configuration with everything on the die enabled – it has eight big and 16 little cores, plus 36 MB of L3 cache. That’s 32 threads in total, so it can be thought of as the equivalent of a non-hybrid CPU with 16 big cores, assuming the hybrid architecture works as it should.

On the big cores, the base clock speed is 3.0 GHz and the maximum boost for single-threaded applications is 5.8 GHz (this includes Thermal Velocity Boost and Turbo Boost Max 3.0, without TVB the maximum is 5.7 GHz). Intel claims that the improved 7nm process used in Raptor Lake achieves about 200 MHz higher clock speed at the same voltage, or alternatively it can handle the same clock speed at about 50 mV lower voltage. However, to reach 5.8 GHz, a higher voltage is required than was used for the maximum boost in the Alder Lake generation. Power draw under single-threaded load could go up due to this, something to watch out for in reviews.

5.8 GHz is an unprecedented clock speed and a significant 600MHz increase over the previous generation (Core i9-12900K: “only” 5.2 GHz). Or it would be unprecedented, but AMD has now made a similar leap, and its Ryzen 9 7950X also reaches 5.7 GHz, and even 5.85 GHz unofficially under certain conditions (though in practice this will be uncommon, so let’s consider just the official 5.7 GHz). For both of these rivals, this means one thing: the time of significantly higher single-threaded performance is upon us.

The little E-Core cores have a base clock speed of 2.2 GHz and a maximum boost of 4.3 GHz. Intel doesn’t list all the details like all-core boosts and clock speeds for each boost mode in their specs tables at the moment, but these details were unofficially leaked earlier, so you can find them in the tables in this article.

The Core i9-13900K is officially priced at $589. Alternatively, you can get the Core i9-13900KF version, which has its integrated GPU disabled and is otherwise virtually identical in all parameters (but probably doesn’t support ECC memory and vPro technologies). You can save 25 USD with this one, its price is $564. For us, these prices correspond to 744 EUR and “just” 712 EUR for the KF version.

The Core i7-13700K differs in that it still has 8 big cores, but only 8 little ones, for a total of 24 threads, so it should ideally be the equivalent of 12 big cores. Plus 30 MB of L3 cache. (This is the same configuration that the 12th generation Core i9 had.) The base clock speed of the big cores is 3.4 GHz and the maximum boost on the preferred cores (including Turbo Boost Max 3.0) is 5.4 GHz. On the E-Cores, the base clock speed is 2.5 GHz and the maximum boost is 4.2 GHz.

Intel has priced this model at $409, and you can again save money on the Core i7-13700KF version, which will be just $384. This model will probably be the most attractive for gamers, at least those who won’t be satisfied with the even cheaper Core i5 with just six big cores. European prices inclusive of VAT are 517 EUR and 485 EUR for the KF model at current exchange rate.

The Core i5-13600K (and its Core i5-13600KF version, which is the same processor with the GPU disabled) is a 14-core with 6 P-Cores and 8 E-Cores. It has a total of 20 threads, so performance should be similar to a CPU with ten big cores. It has neither Thermal Velocity Boost nor Turbo Boost Max 3.0 aka preferred cores. It boosts to a maximum of 5.1 GHz on the big cores and its base clock speed is 3.5 GHz. On the little E-Cores, it has a base clock speed of 2.6 GHz and a maximum boost of 3.9 GHz.

Only the lower models got more expensive, the top end costs the same

If you compare these prices to last year’s 12th generation Alder Lake, the cheaper Core i5 models are both twenty dollars more expensive, which isn’t exactly a disaster. But a heads up – the more expensive Core i7 and Core i9 models alike have remained at the same prices as their predecessors launched at a year ago. This is despite Intel’s warnings about price increases being planned.

All 125W models share the new features and improvements of the Raptor Lake generation – which are mainly (only?) increased L2 caches. It has been increased from 1.25 MB to 2 MB per core for the big P-Cores. The little E-Cores have also seen an increase from 2 MB to 4 MB, but here it is a shared cache that is always shared by the four E-Cores (they are present in the processor in integrated clusters of four and only the L1 caches are private).

The architecture used for the little cores is still Gracemont, for the big cores the architecture is said to newly be labelled Raptor Cove, but it looks more and more like it is practically the same as Golden Cove, just with the larger L2 cache (which Golden Cove already uses in its to be released server version). With the larger L2 cache (and also a larger L3 cache overall), Intel says the processors should deliver better performance in games.

The second new feature is support for faster DDR5 memory. While Alder Lake officially supported only DDR5-4800 (but with XMP profiles it is possible to go higher, of course), with Raptor Lake Intel promoted the official support to DDR5-5600 for all 125W models (so they have an advantage here against Ryzen 7000 processors which officially promise only DDR5-5200, although with OC modules it is again possible to go higher and DDR5-6000 modules were used in the reviews).

The processors also continue to support the cheaper DDR4 (which memory you can use depends on the motherboard you install the processor in). For DDR4, however, the supported speed has not changed, it remains at DDR4-3200 officially.

Connectivity, on the other hand, does not seem to have changed. The processors have a PCI Express 5.0 ×16 controller inside them, which is designed for GPU use. These lanes can be split into ×8/×8 for two slots. It’s possible that some Z790 boards will take one of those eight lane interfaces and route it to an M.2 slot with PCIe 5.0 ×4 connectivity for SSDs. It’s not certain if you can get two slots this way – this ×8 interface doesn’t support PCIe bifurcation according to some unofficial sources, which would mean that attaching an SSD with four lanes would make it impossible to use the rest. The Raptor Lake processor doesn’t directly provide a separate PCIe 5.0 interface for NVMe SSDs, it just rolls out the same PCIe 4.0 ×4 interface (which is half the speed) Alder Lake processors provide, to connect NVMe storage.

In stores in three weeks

Intel has unveiled or announced these processors merely formally this week, actual sales will begin later. Intel has already officially confirmed the time – the six models (three K models plus their KF derivatives) will appear in stores on October 20, probably around the usual time of 15:00 in the Central European Time Zone.

If you’re waiting for the cheaper 65W TDP models (officially „65w“ that is, their Maximum Turbo Power is much higher in reality), you’ll still have to hold out. Intel won’t release these processors until after the new year, likely in Q1 2023. But there are signs that only the 65W Core i7 and i9 models will truly be “Raptor Lake” chips. Intel will be producing the Core i5 and i3 models in the 65W class from older Alder Lake generation silicon (which means those larger L2 caches won’t be present in these).

Likewise, the most powerful Raptor Lake model is yet to come out after the new year. Intel is preparing another SKU that will go even beyond the currently fastest i9-13900K chip. This absolute king of raptors will be the special edition Core i9-13900KS processor, which is said to reach 6 GHz (or at least for single-threaded workloads). Intel will also release this model next year.