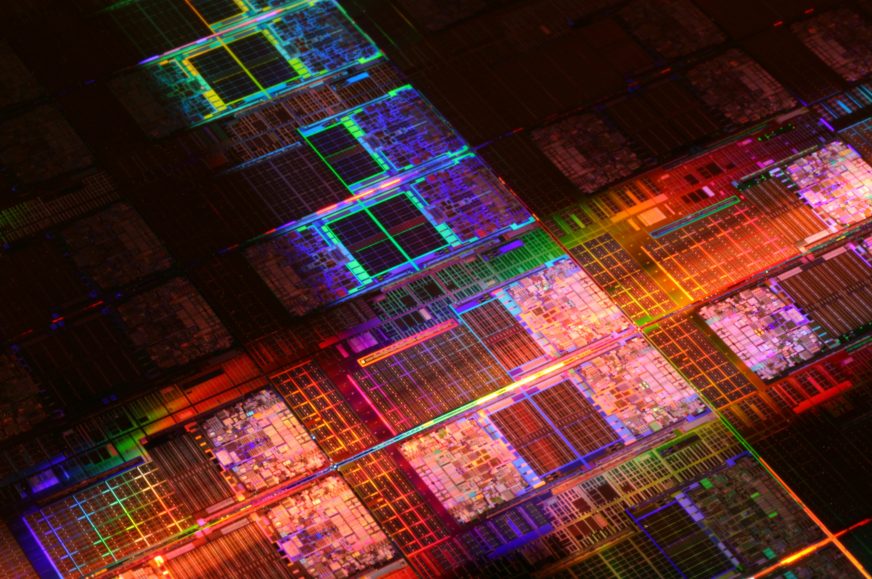 The 4nm process will enter the trial manufacturing phase this summer, a quarter earlier than planned

When release dates get rescheduled in computer industry, it’s usually to later. Obstacles in development happen and it is not always possible to meet the plans, so delays are common. But there’s a good news of this sort now, for a change. TSMC actually managed to push the development of ab upcoming future process noe forward. The company has now announced that the production of 4nm chips will start earlier than originally planned.

TSMC’s 4nm manufacturing process is derived from their 5nm process node, but it was originally intended to be completed only after the company introduced the 3nm technology. The 3nm production is scheduled to begin in 2022 and the 4nm technology was originally intended to be available in mass production in 2023. This is because while the 3nm process is a high priority next-gen technology pushing the boundaries, the 4nm process is simply a parallely developped alternative that consists of evolutionary enhancement of the already existing and more mature technology from the 5nm generation.

4nm node would therefore provide less improvement over 5 nm than the new 3 nm node will, but in turn it would be cheaper to use. It could improve the features of lower-performance ARM processors for cheaper mobile phones, for example. Those often utilize these more economical last-gen processes (11nm, 8nm), while high-end SoCs for flagships always move to the very latest technology, in this case the 3nm process.

In the end, however, it seems that this 4nm technology might not come out much later after the 3nm process. In the second half of last year, TSMC stated that risk production (preliminary trial manufacturing) of the 4nm process was said to start from Q4 of this year, and that volume commercial production could start by the end of 2022.

Now the company has announced that it will probably be ready sooner. In a press release, they published that risk production on the N4 process will begin in this summer, i.e. in Q3 2021. However, volume production of chips will probably still only begin during 2022.

We don’t know yet what PC hardware products could be manufactured on this process (while the mentioned midrange/lower-end series of ARM mobile SoCs seem to be very likely). Nvidia is expected to keep partnering with Samsung for future GPU (at least those for the gaming market) manufacturing. Samsung has its own 4nm process, but it is expected to be slightly worse in energy efficiency and possibly inperformance than TSMC’s, which was the case with their 5nm nodes. AMD should probably jump on the 3nm technology for processors, which will supposedly be used in Zen 5 architecture processors. However, it is possible that there would be some laptop/cheaper APU or GPU made at 4 nm. Intel might be interested, as it is about to introduce a GPU on the 6nm TSMC process and the 4nm process will have a similar product positioning in TSMC’s offering as the current 6nm process has.

TSMC states that the 4nm process is supposed to achieve higher performance or higher energy efficiency (i.e. at the same clock you would get lower consumption) and better transistor density compared to 5nm. But no percentages are mentioned, so these are probably smaller incremental improvements. It is also said that the rules for chip design will be very close to those for the 5nm process, but the 4nm process will require fewer patterning steps and fewer masks—this should make production cheaper than the 5nm process. However, it can still be a larger investment and cost than with the 7nm and 6nm processes, because the wafer pricing as well as the fixed costs of bringing the chip into production with the silicon lithography process are still rising.

Regarding the state-of-the-art 3nm technology (N3), TSMC now says it will start commercial mass production in the second half of 2022. The N3 process is expected to deliver up to 15% better performance than the 5nm TSMC process, or 30% lower power consumption at the same clock. Logic circuits can have up to 70% better density. This means that 70% more transistors can fit per unit area, not a 70% reduction in chip area. Apple will probably be the first to ship chips produced with this technology, quite possibly by the end of 2022. Competing Qualcomm will likely produce 3nm Snapdragon chips in Samsung’s fabs, so they are unlikely to be an adopter.

Back to: The 4nm process will enter the trial manufacturing phase this summer, a quarter earlier than planned
Flattr this!
4nm TSMC