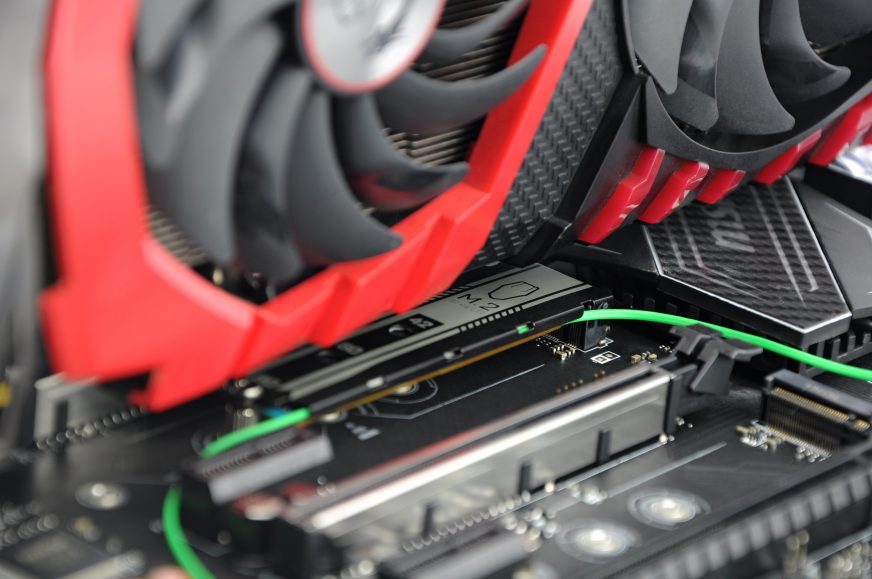 Graphics card can significantly contribute to cooling of SSD that are installed next to it. However, there’s a very thin line between helping and limiting. Let’s see when your graphics card can be a saviour for your SSD and when it’s an oppressor. As a bonus, we compared the cooling performance with and without the criticised MSI M.2 shield.

Progressive SSD format M.2 is getting pretty popular. NVM Express is already present in the low-end price category (Intel 600p, Patriot Scorch, etc.). It used to be funny to have a cooler on your SSD, but today it’s a common practice. The performance of some SSDs is already so high that they cannot properly function without its dedicated cooling in some cases. Even a well-designed silent computer with low-speed fans can be a challenge, and completely passive PCs are a serious problem.

However, in a conventional configuration, with a system cooling, you can adjust and improve conditions for the SSD. Using the position of your graphics card can help things more than you probably think. Its fans can create a decent airflow around, but it is also a big source of heat. So, is it better to install SSD under or above the graphics card? This dilemma occurs basically with every ATX board. Some of them have even two M.2 slots, but keep in mind that the second one usually has reduced bandwidth.

We used MSI X370 Gaming Pro Carbon which has a suitable slot layout for our purposes. Our graphics card, MSI GeForce GTX 1060 Gaming X 6G, was installed in two ways. The first setting can be seen in the title photo, SSD OCZ RevoDrive 400 (512 GB) is on one level with the Twin Frozr VI cooler. In the second setting, it is between the graphics card and the CPU cooler. 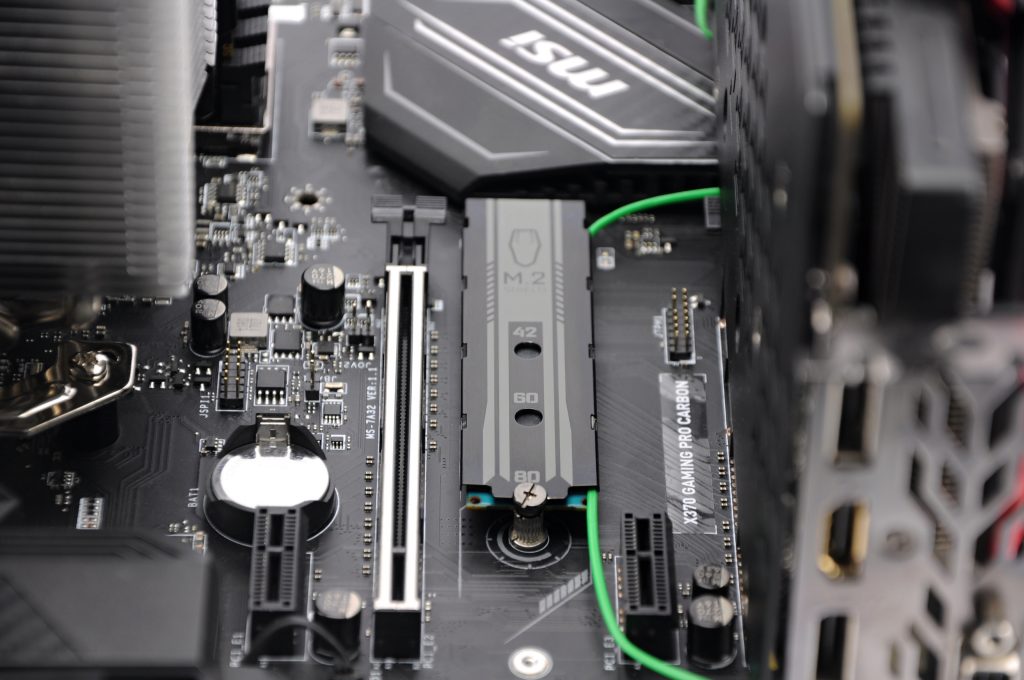 We tested both settings in three modes – idle GPU with passive cooling, idle GPU with active cooling (PWM set to 20%, 2× ~ 950 rpm), and again with this fixed regulation but with load simulated in FurMark. The SSD stress was simulated during all tests in Aida (linear reading of 8MB blocks, constant performance and speed of 2 GB/s). Every test took 900 seconds. Before the end of each round, we captured the maximum temperatures obtained from the internal SSD sensor and from two thermocouples placed on the center of the controller casing and on the memory casing closer to the controller.

If you own a semi-passive graphics card, we do not recommend installing your SSD right below its PCB/next to it. The difference between a passive and quiet active cooling is significant – 30 ºC. It seems that a mainstream graphics card produces too much heat even at low consumption if you don’t use active cooling. In our case, this situation meant instant throttling. After 5 minutes, the internal sensor reported 81 °C, which caused the OCZ RD400 to lose 90% of its performance, the speed dropped from 2000 to 200 MB/s.

The results showed that it’s better to put your SSD under a graphics card with active cooling rather than above it. However, the cooler on the graphics card must have axials fans. Closed reference designs with radial rotors would probably change the situation a lot. This also applies to top models with high TDP.

Finally, let’s look at the comparison of the SSD with and without MSI cooler that comes with selected motherboards. It is interesting that it did not affect reports of the internal sensor. This is probably because it doesn’t reach the other side of the PCB, although it can absorb 5 – 9 °C from the controller casing.

For a better orientation in charts, you can sort the criteria (button in the bottom left corner) by your preference. CG in the description means graphics card.

If you like HWCooling magazine , please support us.
We cannot keep publishing this kind of detailed content on regular basis without your help because it is very time consuming. We will be grateful for every contribution. Thank you! 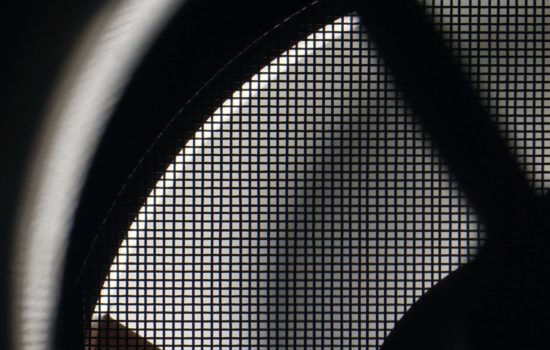 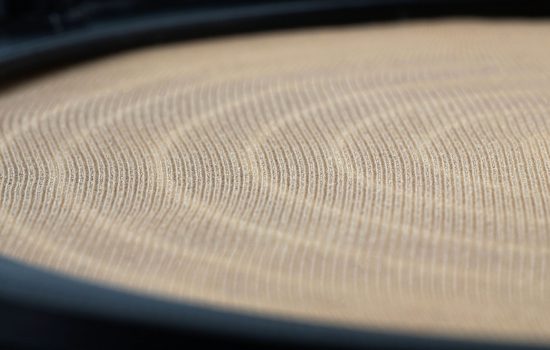