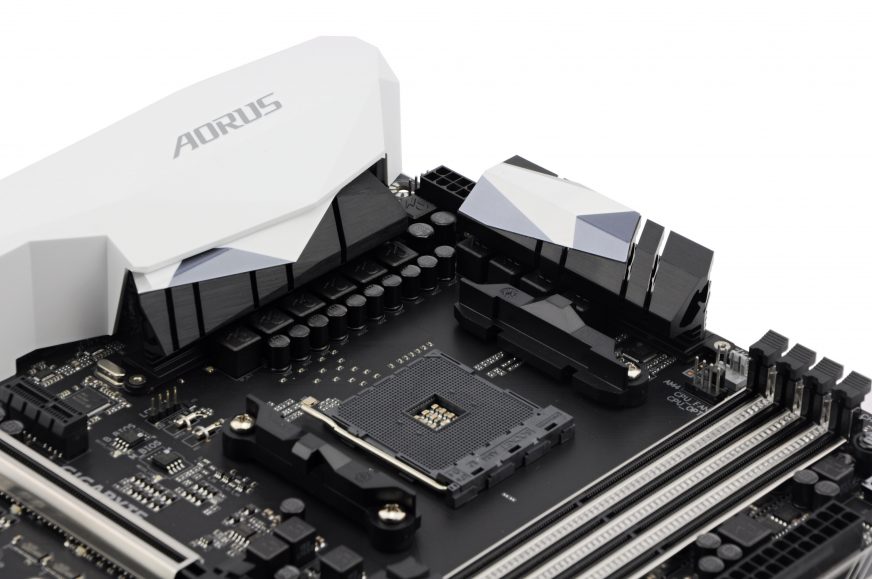 One of the hot topics of last year was AMD not making Zen 3 processors compatible with the first generation of AM4 socket boards, so the 300 series chipsets are out of luck. However, this issue has seen an unexpected development. Last month, a number of 300-generation boards received new BIOSes, enabling official upgrades to newer processors – Ryzen 4000G APUs and, in some cases, even Ryzen 5000s.

The first sign of these changes was when support for Ryzen 5000 (Vermeer) appeared on a number of Gigabyte’s boards with A320 chipsets, while Asus has at first listed, but then pulled the compatibility from its official documentation. Later, Biostar also added support to A320 boards. These BIOSes were based on the latest AGESA code, so we were waiting to see whether it would similarly make its way to boards with X370 and B350 chipsets, which will probably be of more interest to most users.

Eventually, it seems that some of the goodies will reach them, but it won’t be that straightforward. Their status is different from A320. While A320 support seems to be approved directly by AMD as the processor manufacturer, board manufacturers apparently still lack similar approval for B350 and X370. Apparently this is a block decided directly by AMD. In fact, according to results of experimentation, all newer AGESAs prevent the computer from booting if there is a combination of Ryzen 5000 and B350 or X370 chipset. In the latest releases, AMD removed this block for the A320 chipset only, allowing support for the latest CPUs on these boards (the BIOSes have the new AGESA). But for the B350 and X370, the block has unfortunately been retained.

New BIOSes for B350 and X370 Gigabyte motherboards

At the end of the year, Gigabyte has surprisingly released new BIOSes for its B350 and X370 chipset boards, which mostly had their last update in summer 2020 before that. At first, only a service update was released, which apparently fixed a bug where it was too easy to update the UEFI (a risk of malware that would want to infect the firmware directly) and also enabled Secure Boot and fTPM by default because of Windows 11.

Then, however, Gigabyte released another wave of updates around Christmas (thank you Santa Claus) that also updated the AGESA on the boards to ComboV2 1.2.0.5, bringing these older boards up to a very recent version. This should hopefully allow for example the Smart Access Memory (PCIe Resizable BAR) feature to work on them with Ryzen 3000 processors. However, this very new AGESA has the drawback that although it supports both Ryzen 5000 and the 5000G “Cezanne” APU, it also includes the aforementioned artificial block, so that support only affects newer chipsets (and A320). And user feedback has already confirmed that it’s not really possible to boot B350/X370 systems with these processors. We’ll see, maybe some mods and hacks will appear that can do it (is probably not very likely though), or maybe AMD will change their policy. But from Gigabyte’s side, there was obviously a commendable willingness to provide these updates.

So Ryzen 5000 is still not officially possible on B350 and X370 from Gigabyte – the only option is a very risky crossflashing, when you use BIOS for B450/X470 board, however it must also have the old AGESA (v2 1.1.0.0). A crossflash won’t save you from the artificial block that was mentioned, that’s why current BIOSes don’t work. We don’t recommend crossflashing though, because you have a decent chance that the board will stop working and without an external programmer, you are screwed (I am currently waiting for one from China at the moment myself, so I can confirm that the risks are indeed real…). Also, when using BIOSes for B450/X470, not all board functions may work full. For example, some users report you supposedly have to disable the power saving C-states (Global C-State Control) on Ryzen 5000, otherwise the system is not stable.

But these updates still have their benefits. At least they have added official support for Ryzen 4000G. Until now, the B350 and X370 boards only supported 12nm and 14nm APUs, but with these updates, the boards officially support 7nm APUs with Zen 2 cores. It’s a tad too late, because there’s already a replacement on the market (the Ryzen 5000G „Cezanne“ with Zen 3 cores), but it’s good that there is at least some upgrade option for these boards. They already did support Ryzen 3000 CPUs with Zen 2 architecture, but that was of no use to those users who wanted a low power PC with integrated graphics. Unfortunately though, the availability of Ryzen 4000Gs is still pretty poor, you won’t find them in most stores and finding a quad-core model will probably be a task for eBay and similar channels.

Besides Gigabyte, MSI has also released new BIOSes, but they opted for a different approach. MSI, unlike Gigabyte, used the over a year old AGESA v2 1.1.0.0, which was the last version where the block that intentionally prevents Ryzen 5000 from running on B350 and X370 was not yet present. Such BIOS was made available for the B350 Tomahawk board and some others, it is possible that the number will gradually grow. These BIOSes should now be in Beta phase.

These BIOSes add support for Ryzen 4000G and Ryzen 5000 “Vermeer”, i.e. the chiplet-based Zen 3 CPU, but not for Ryzen 5000G “Cezanne” APUs with integrated graphics. So those don’t work, but the “X” models without iGPUs do, according to users. You pay the price of being stuck on that older AGESA, so it’s possible that the functioning will be a bit worse and you won’t have access to Smart Access Memory/PCIe ReBAR for example. But if you were looking forward to the upgrade, this may be an acceptable compromise for you. But alongside these CPUs, you also have the choice of the Ryzen 4000G if you want a 7nm (or more than quad-core) processor with integrated graphics.

Unofficially released BIOSes from ASRock have been around for a year

Pretty much the same way, i.e. with this old AGESA, was how ASRock has created BIOSes adding support for Ryzen 5000 “Vermeer” on their B350 and X370 motherboards in late 2020. These were released semi-officially by the company, but AMD apparently didn’t like them doing so because these BIOSes were not generally available for download on the company’s website. It’s possible that now after MSI’s move, ASRock will be able to offer them more officially again.

Perhaps there is some hope that these increasing board manufacturer initiatives will eventually convince AMD to remove the AGESA code block altogether and allow Zen 3 processors to run. Then support could arrive on Gigabyte boards (and hopefully Zen 3 APUs would work too) and maybe Asus would join in as well, at that point. That would probably be the ideal ending after the very non-ideal progression of this story.

What could play into our hand now,is the fact that after the release of Alder Lake, Intel’s competitive position has strengthened a lot, so AMD will be under more pressure. Theoretically, it could be prompted to change its policy by the promise that by opening the upgrade option for owners of B350 and X370 boards, it will sell more new processors on top of what sales it can reap with the current situation, and gain more market share that way.

Back to: B350 and X370 generation boards finally get the option to upgrade to a newer CPU or APU
Flattr this!
BIOS Gigabyte MSI Ryzen Ryzen 4000 Ryzen 5000 Zen 3