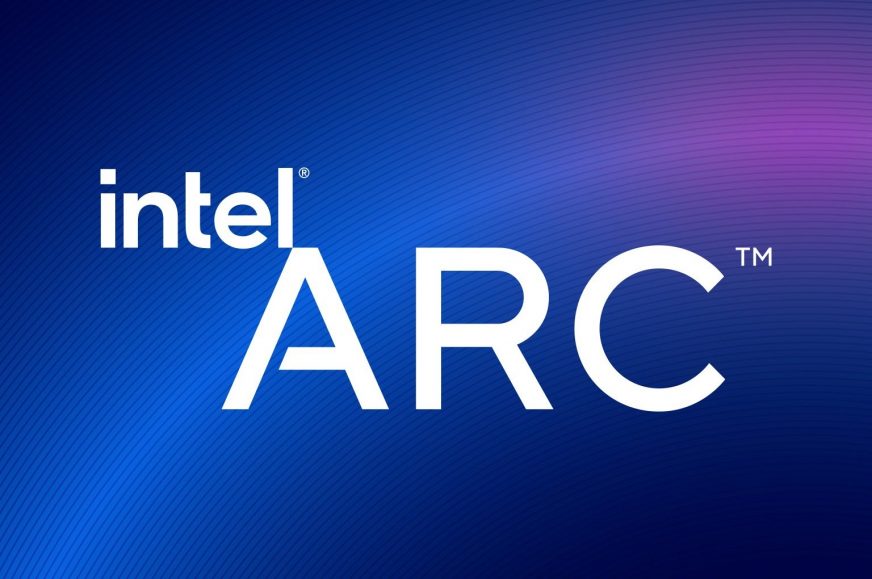 Intel graphic cards to be produced by multiple AIB partners

As you probably know, graphic cards come in reference editions with Nvidia or AMD-designed coolers, or in so-called non-reference versions with cooler and PCB designed by the producers (e.g. Evga or Sapphire) themselves. Such designs are often quieter and faster (overclocked). According to recent news you can look forward to the same with the upcoming Intel Arc, which will be produced by multiple well-known companies.

Intel Arc graphic cards will also have their own reference design. More powerful models based on the DG2 chip with 4096 shaders and 256-bit memory will likely have a two-slot reference cooler with two axial fans. Intel seems to have recently confirmed this design, when its outlines have been revealed at a drone show. Raja Koduri has already confirmed that the designs for the reference cooler and for PCB are completed and ready for production.

In fact it seems that we have known the design for even longer. In spring we have noted that the prototype pictures leaked back then appear to show a design that seems mature enough to actually be used in production and sold. And the card design shown by Intel’s drone show indeed resembles the style of that previously leaked card – even though only the outlines can be seen, they show the same characteristic waves on the cooler’s shroud.

It is possible that the shapes as well as the color or material of the shroud and the fans have been slightly changed from what has leaked in the spring, but the main features of the design seems to have been retained.

A cooler with two axial fans like this should be well equipped to cool a card that has a reported TDP of 175 to 225 W. Therefore the cooling could be relatively silent. This level of quality has not always been common with reference coolers (even though the RX 6000 generation has luckily been a success for Radeon cards, which used to have issues with noisy reference coolers).

Nevertheless, this cooler should not be the only implementation of the Arc graphic cards. According to Chinese sources (ZOL and MyDrivers), Intel is involved in intense negotiations with companies currently producing graphic cards (for AMD and Nvidia), to persuade them to add the Arc graphic cards with Intel’s new GPU in their manufacturing portfolio. This effort has already seen some results. Allegedly Intel did succeed in getting some big producers on its side out of the companies that do not produce for one GPU brand exclusively – so far Asus, Gigabyte and MSI are said to be involved. So it will be these companies, that will supply the Arc graphic boards to the market.

VideoCardz adds to this that it can confirm the collaboration with MSI, based on their own sources, according to who Intel has already negotiated with this company to get it to manufacture graphic cards with DG2 chips. Based on the current Chinese report, those negotiations have been successful. Furthermore, Asus is already producing Intel graphic cards now – for it has been one of the very few producers who actually have introduced graphic cards with the first and relatively controversial Intel DG1 chip. In the case of Gigabyte no previous reports have appeared and Gigabyte planning to produce and offer Arc graphic cards is therefore news.

This information does not necessarily imply that such graphic cards will feature non-reference editions. The companies still could theoretically produce graphic cards based on Intel’s reference design, only adding an imprint or a logo. However these manufacturers already have experience with their own lines of non-reference coolers. This expertise might be of interest to Intel, which might want the designs previously used for GeForce and Radeon graphic cards to be adapted for the Arc graphic cards as well.

To some extent, non-reference design cards are also a matter of prestige and many customers prefer non-reference cards. The existence of such versions might therefore improve the sales. Intel will probably have to put in quite some effort to gain the favor of the customers on the market, which is presently quite “walled in” and the two existent suppliers of GPU rely on strongly entrenched positions.

Besides Gigabyte, MSI and Asus, other currently unknown companies might also produce Arc graphic cards of the first (Alchemist) generation. An agreement with these three producers has likely been easier for Intel, due to existing partnerships in the production of mainboards and notebooks – additionally all of those three companies produce AMD as well as Nvidia graphic cards and therefore do not have an exclusivity going on for any one particular brand.