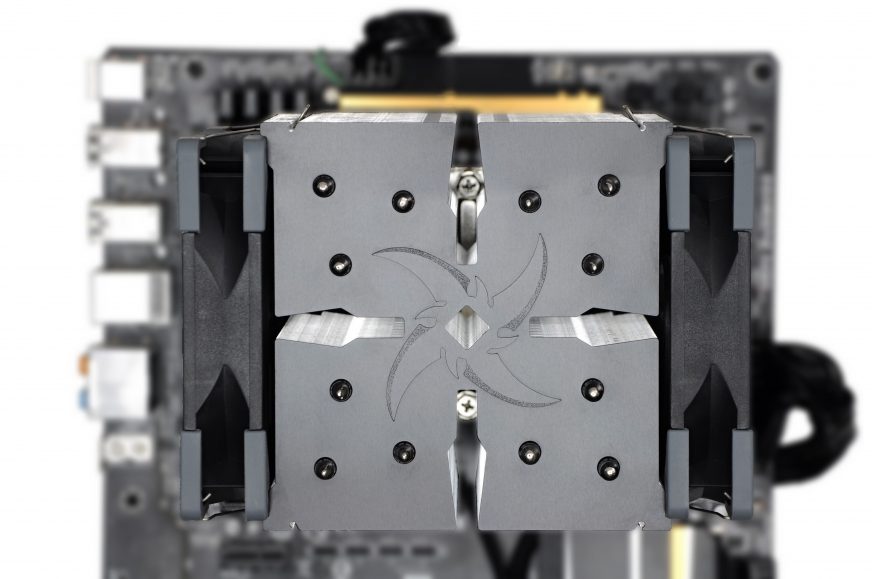 The fourth Ninja was a pleasant surprise (mainly because of its unattractive predecessor). Scythe used improved version of the first two designs, and shortly after created popular Fuma series based on Ninja 4. Fuma rev. A was the best deal for the money, although the current second version is a bit different story. Now there’s the new Ninja 5 that looks very promising. The core remains unchanged, but the cooler is bigger and stronger than before.

Tests begin with the analysis of fans. Using the Gophert CPS-3205 II laboratory power supply and the UNI-T UT372 laser tachometer, we detected the initial speed. That means determining the minimum voltage required to move the rotor in the idle stage. Subsequently, we regulated the revolutions by hundreds (from 400 rpm to the round maximum), which gave us the first part of the data to create a curve that indicates the noise increase according to rpm. To make the results as accurate as possible we took the average values of 30 seconds long sequences and regulated the fans by the hundredths of volt until the tachometer reached a specific value, for example 800 rpm. Finally, we noted down the maximum rpm and put values into the parameters table. 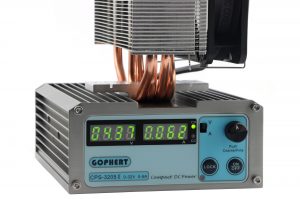 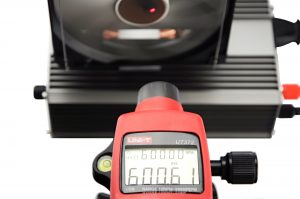 To assign a specific noise level to a specific speed, we put the coolers with corresponding voltages to the soundproof box in which we measured the noise. This was done using the Reed R8080 sound level meter that was recalibrated before each set of measurements. The positions of the polyethylene pad on which the coolers were fixed, and the sound level meter were always the same. To achieve the most precise logging even with the lowest flow the distance between the sensor of the meter and the fan was approximately 25 cm. Each measurement was performed in real time. The meter sent 30 sound samples to the computer, from which we took the average value and put it into the charts. The most important part was to find and to align the fan settings to fixed noise levels. In this case, 45, 42, 39, 36, 33, and 31 dBA were selected, and with the exception of the last and the penultimate mode, each further decrease of rpm reduced the noise level by a half. On the one side there was noisy 45 dBA and on the other almost completely silent 31 dBA. 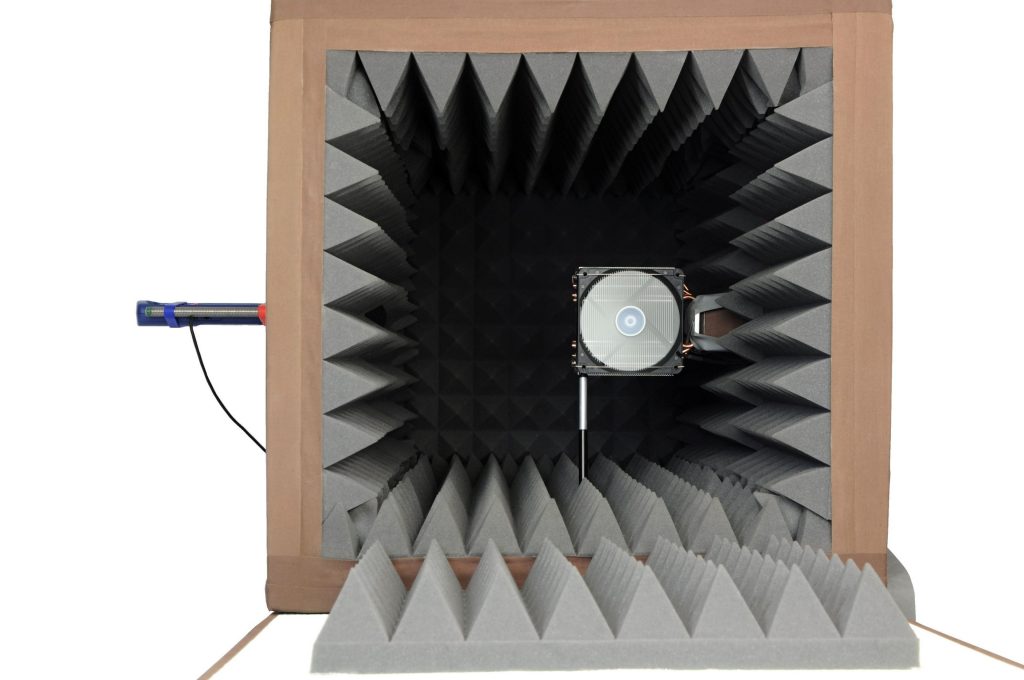 If one of the modes is missing in the charts, it is either due to insufficient cooling performance or because it was not possible to regulate the fan to the desired noise level. Each test lasted 600 seconds. We simulated the burn in IntelBurnTest (7500 MB) and the result represents the average of maximum temperatures of CPU cores, which were captured in Core Temp. At the time when some of the cores reached 95 °C, the tests were interrupted and considered unsuccessful.

Cooling performance tests were done in our plexiglass wind tunnel with a motherboard in the vertical position, just like in a usual tower case. The scheme of the system cooling was traditional, balanced flow was provided by four Noctua NF-A12S PWM fans. Two were at the input and two at the output, regulated to 550 rpm. 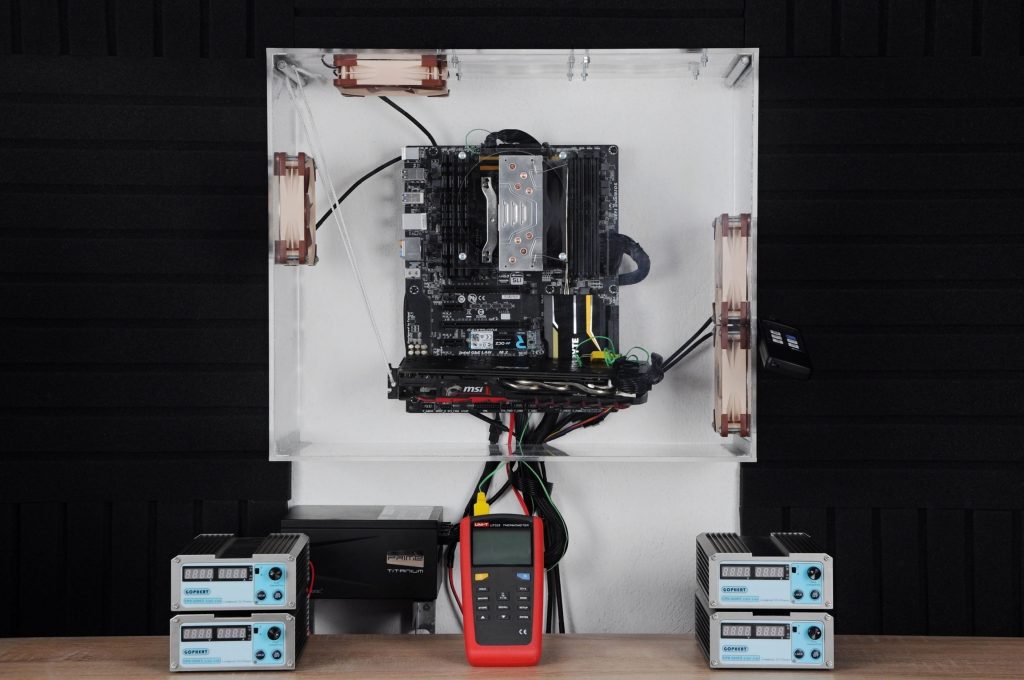 *Without overclocking, the power consumption of the configuration during IntelBurnTest load was around 170 W; 225 W with overclocking (approximately 180 watts by processor). 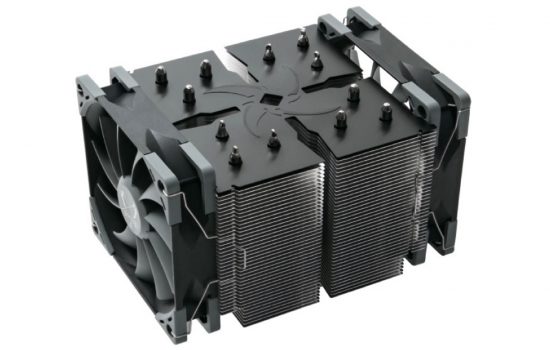 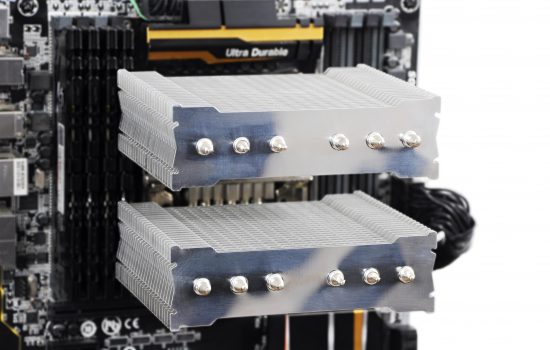 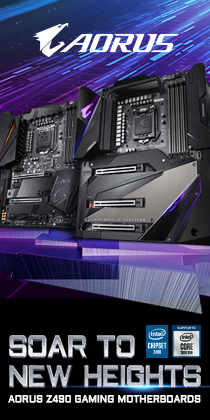