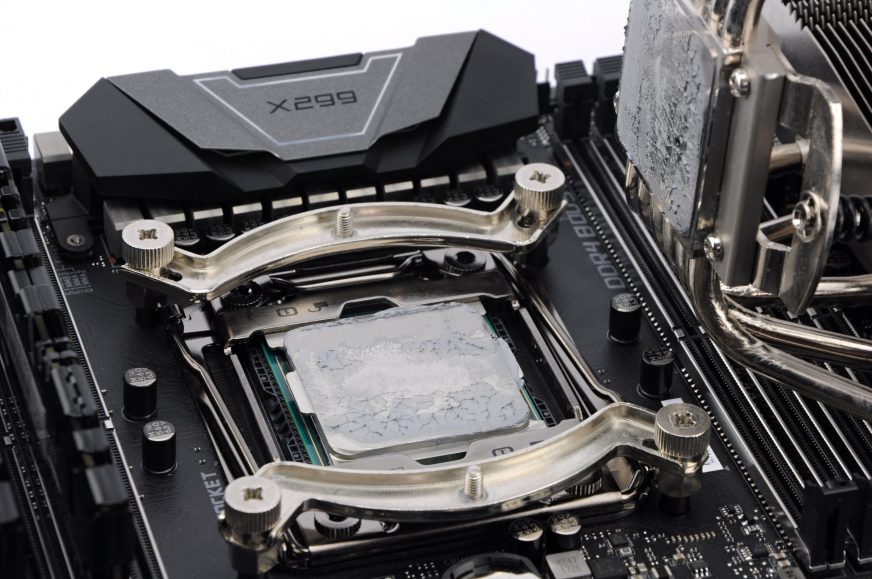 Skylake-X is a significantly more flexible generation of high-end processors than the previous one. Not only because of an unprecedented performance, but also thanks to a more reasonable consumption. Let’s take a look at the impact of different CPU settings on performance and functional features. These tests revealed also how economical can a configuration be with a more efficient cooling.

The board of the test configuration was MSI X299 Gaming M7 ACK. It should not limit the processor with its 12 phases and IR3555M MOSFETs. The memory we used was Flare X in XMP mode (3200 MHz/CL14), and the processor cooler was Noctua NH-D15. One of the modes was full speed (2 × approx. 1490 rpm), and to simulate less efficient coolers, we also made every test after a slowdown to 7 volts, which represent approximately 945 rpm.

In addition to CPU temperatures, MOS and VR sensors showed us some interesting results too. However, they are not located in the places with the greatest heat losses of the circuit. Although these are the highest temperatures in the tests, the surface temperature of the MOSFET casing is also high without the VRM heatsink. This might mean that the sensors are probably near a higher heat intensity but there is no (effective) transfer of heat to the heatsink. The hottest point on the power supply circuit was found by our thermal imager, and we placed a thermocouple there. 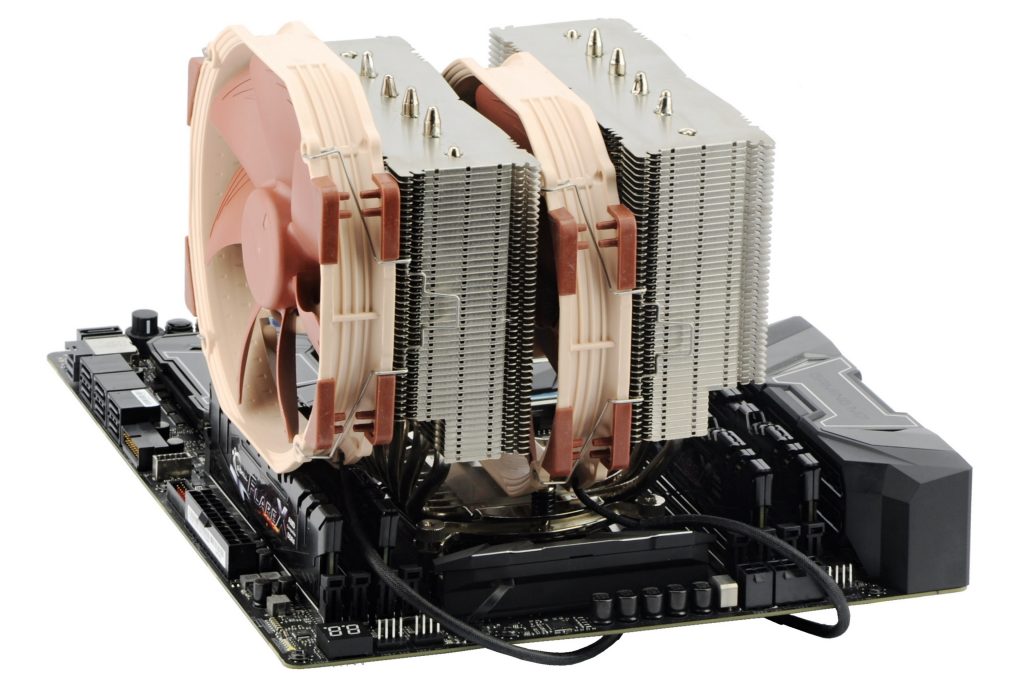 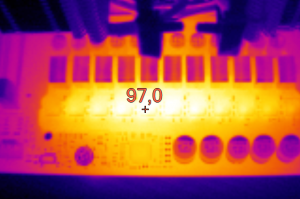 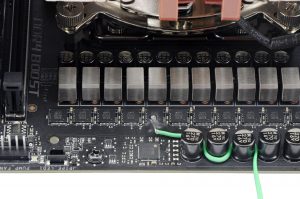 Measurements were carried out in our wind tunnel with Noctua NF-A12S PWM fans set to 5 V (about 610 rpm). System cooling was extremely important. Without it, power supply components reached significantly higher temperatures. It was limiting us during the first attempts of proper setting, VRM temperatures were too high. All adjustments and settings were done with a natural air flow.

Our goal was to find the most economical but stable settings. We began by comparing the factory settings of the processor and motherboard with manual voltage settings. With OC, we started at 4.2 GHz and then increased the multiplier traditionally. The chosen stress test was the extreme of extremes, FFT was set to constant 128K in Prime95. This load can make the processor “sweat“ even more than conventional presets or IntelBurnTest with AVX Linpack which does not get along with 18 cores very well. These tests lasted for 900 seconds, and we considered the settings to be stable if none of the cores were turned off during the process (this usually does not mean a crash of the system, but it does indicate that there is something wrong).

We subtracted the heating of the heatsink and the max. “visible“ temperature in the area around the power supply circuit with our thermal imager after 15 minutes. From the 11th to the 14th minute, we logged the consumption of the configuration with power meter RS-232 Extech. Thanks to the highly efficient Seasonic Prime Titanium (650 W), these numbers are very close to the real input of the components.

To illustrate the performance (and performance gain), we used Cinebench R15 multi-thread test and transcoding (x264 / x265) of a 40Mb full HD video. You can find more about the setting in the screenshots in the fifth chapter. 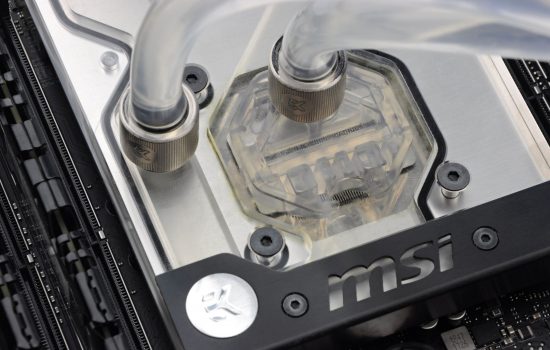 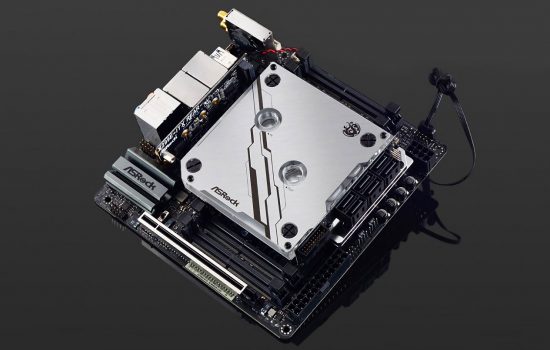 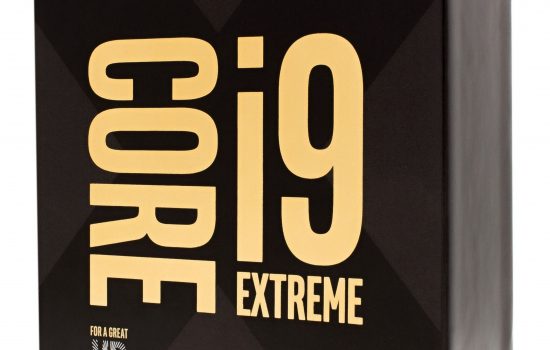