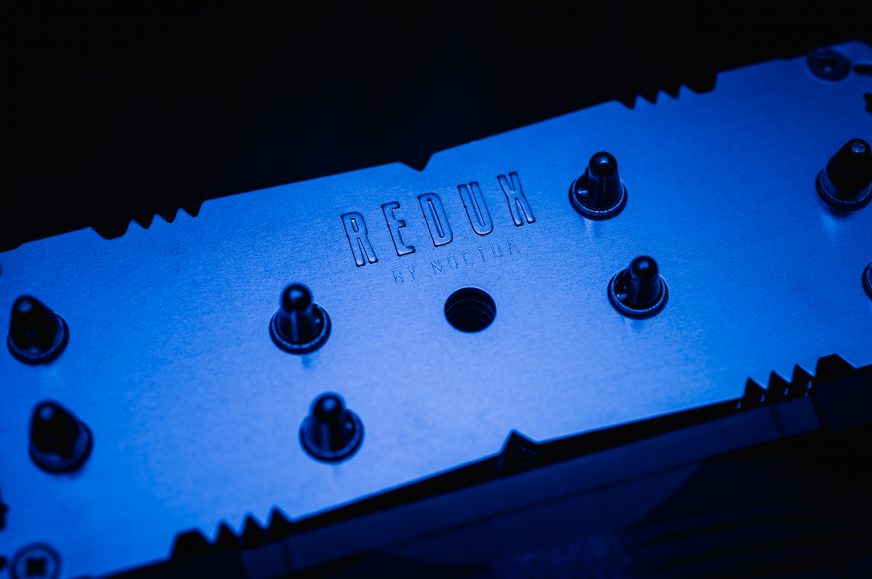 Noctua NH-U12S redux was recently introduced as a more affordable alternative to the premium NH-U12S variants,especially the NH-U12S Chromax. The body of the cooler is slightly redesigned compared to the original version, and we can also find a NF-P12 redux fan here. Redux products are known for a budget-friendlier design, which is reflected in the lower price of this cooler. Let’s find out whether the savings were made in the wrong places. 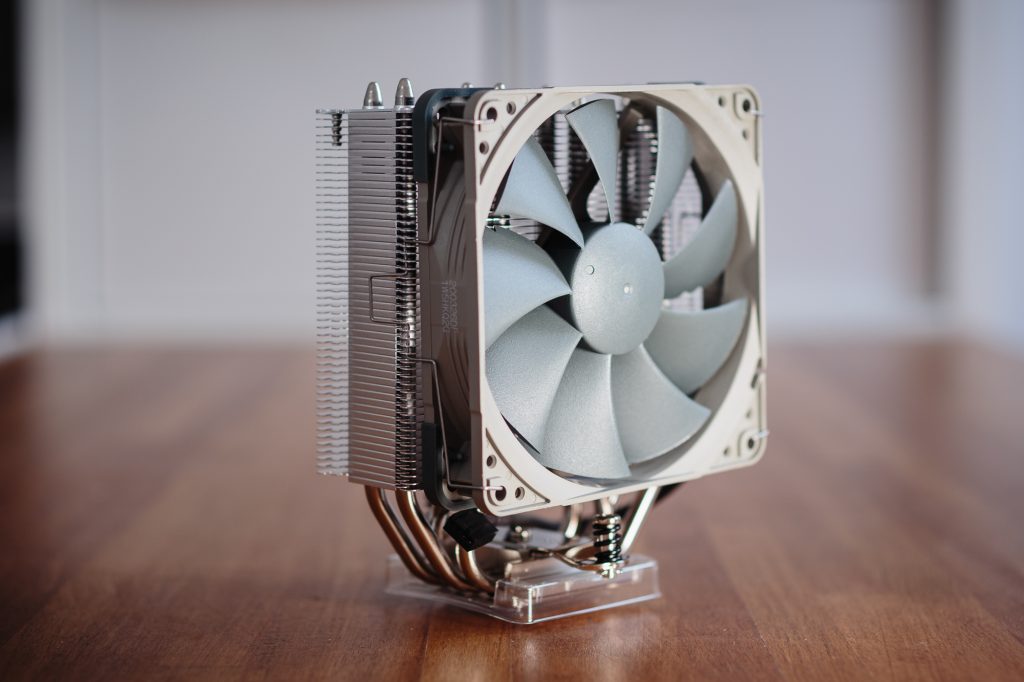 At first glance, the Noctua NH-U12S Redux is not very different from other variants of this cooler. The physical dimensions of all NH-U12S cooler variants are the same. On closer inspection, however, we find that the Redux variant has one less heatpipe than its predecessors.

The body is based on four copper heatpipes that intersect a bundle of aluminum fins. And here you can find another difference, because the heatpipes are not soldered to the fins, as is typical for other Noctua coolers. However, I do not think that this fact should make any major difference in cooling efficiency. The Noctua U12S Redux is symmetrically designed, but due to its slenderness, there is no conflict with DIMM slots and/or the VRM heatsink of the motherboard, even when the fans are fitted on both sides of the cooler.

The design of the upper fin has also been changed, which is now reinforced so that there is no unwanted deformation during careless manipulation. As an aesthetic detail, the inscription Redux by Noctua is embossed on this fin and its surface treatment better repels fingerprints. And to facilitate the installation of the cooler, a thin layer of Noctua NT-H1 thermal paste is applied to the base from the factory. 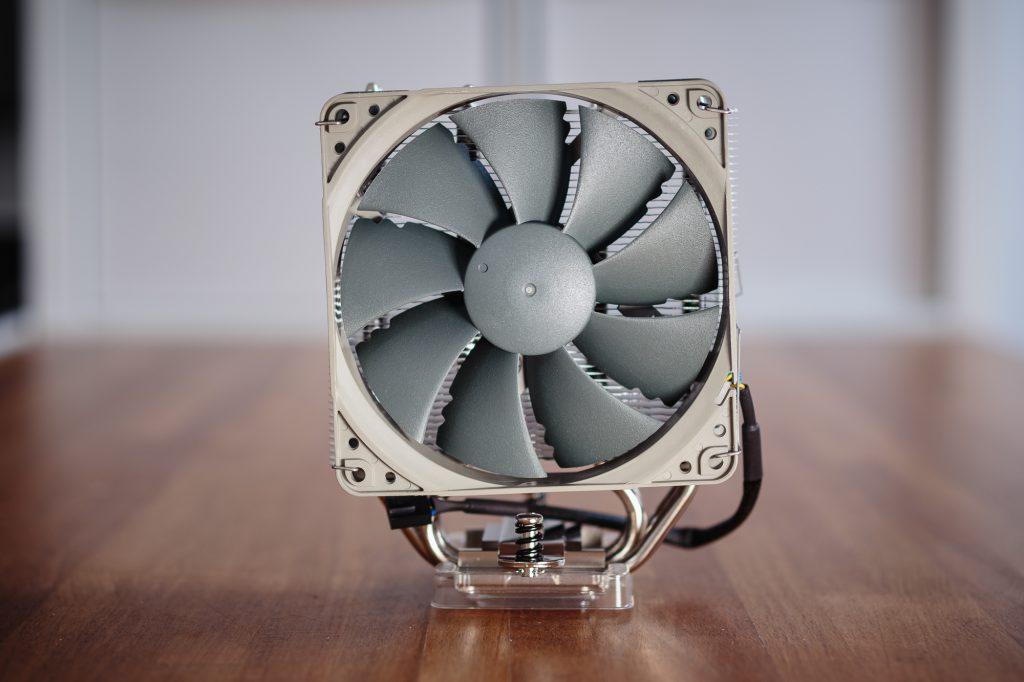 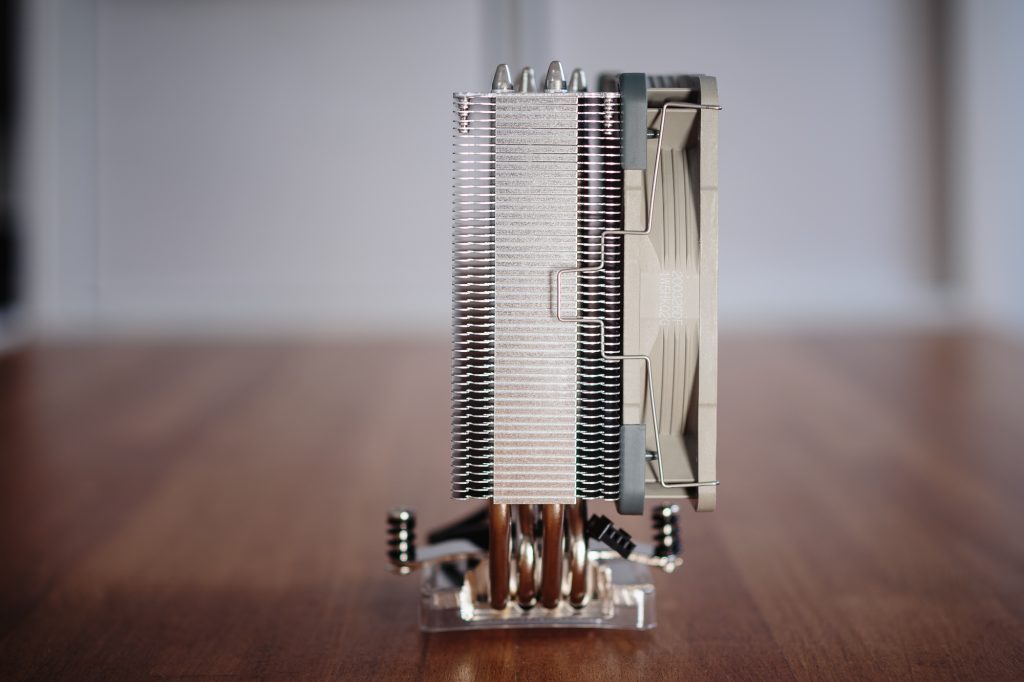 However, I am a little surprised by the color of the fan used. Although the Noctua NF-P12 redux is not shown in the typical Noctua combination of brown and beige, I’m not sure if the color of the Redux fans was the right choice. The rotor with blades and anti-vibration pads are of a cooler shade of gray, while the fan frame is closer to warm tones. Maybe engineers at Noctua are somehow into strangely disharmonious color combinations? 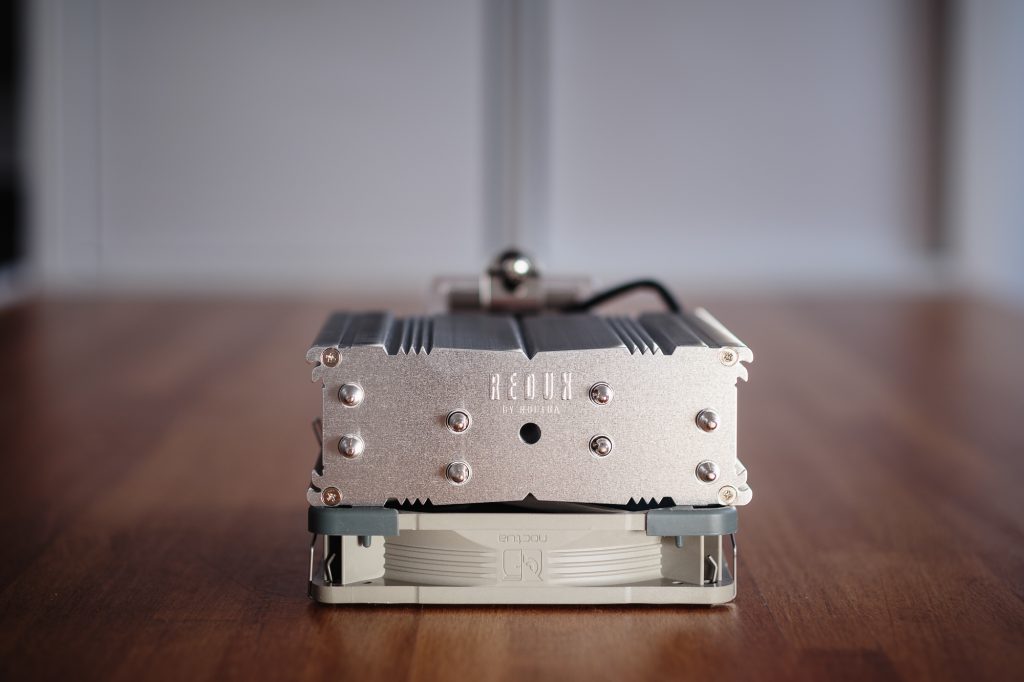 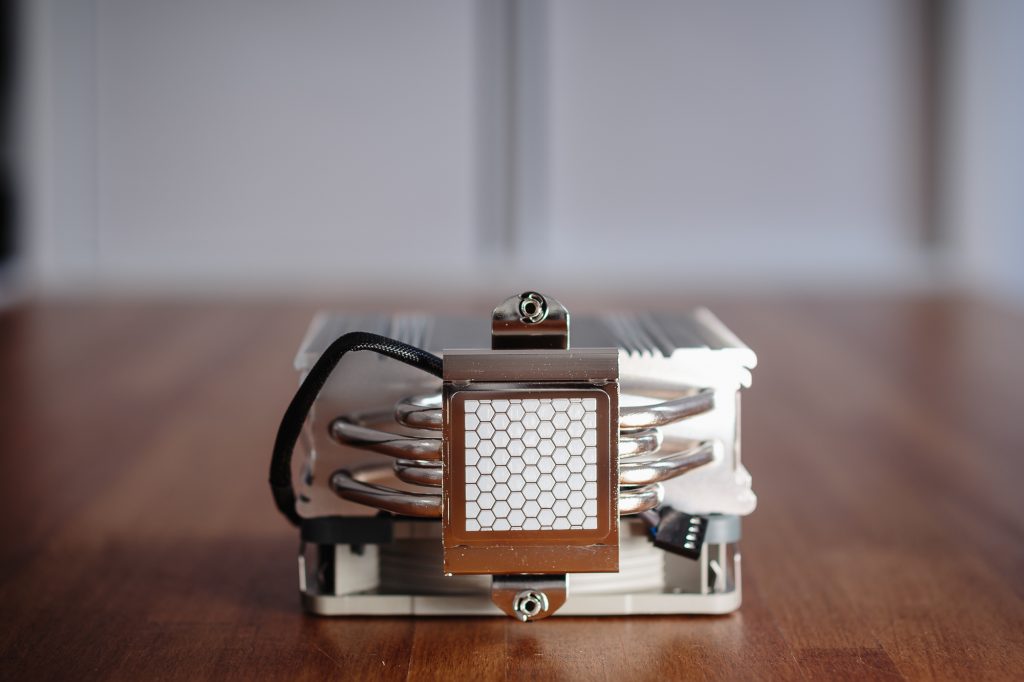 As part of the minimalist philosophy of Redux products, the accessories of this cooler are modest as expected. In the package you will find only mounting kits for the installation of the cooler and a manual. In addition, the AMD kit is only for the AM4 socket and the cooler cannot be installed on older AMD sockets. However, as part of the cost saving, you will not find the typical screwdriver or L.N.A. adapter to reduce the maximum fan speed.

No clips for a second fan or a tube with thermal paste is included. If you happen to want to use a second fan, you must purchase the Noctua NA-FK1 expansion kit, where you will find a second NF-P12 redux fan with four firm anti-vibration pads, a set of mounting clips, a cable splitter and two L.N.A. adapters. However, this set costs significant € 17, which is practically a third of the price of the entire cooler. And due to the slim design of the cooler, no great benefit can be expected when using two fans in a push-pull configuration. 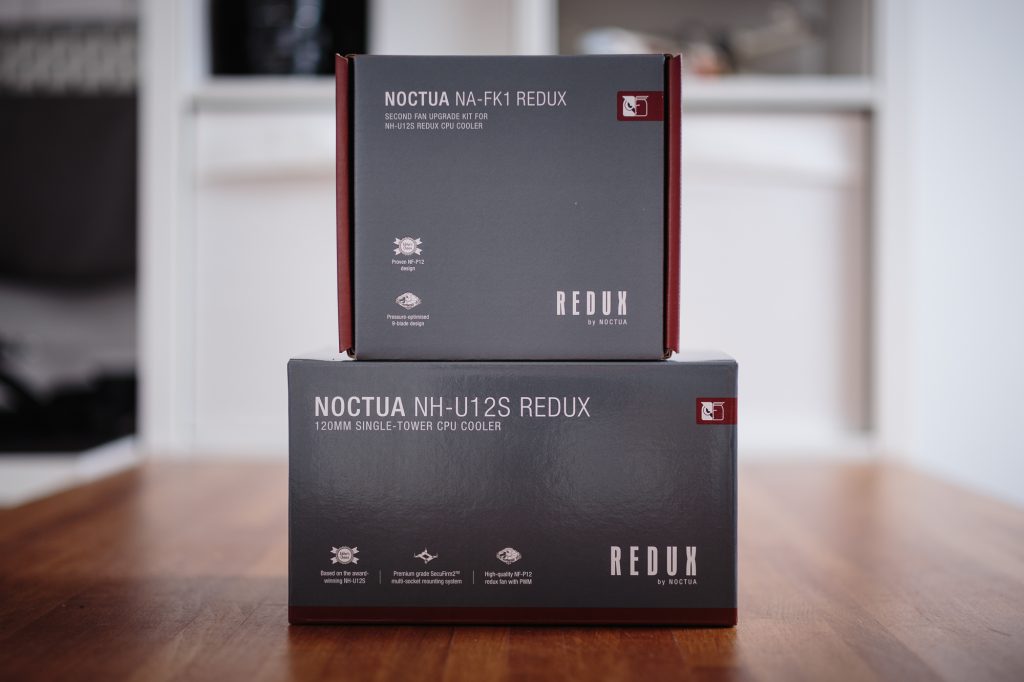 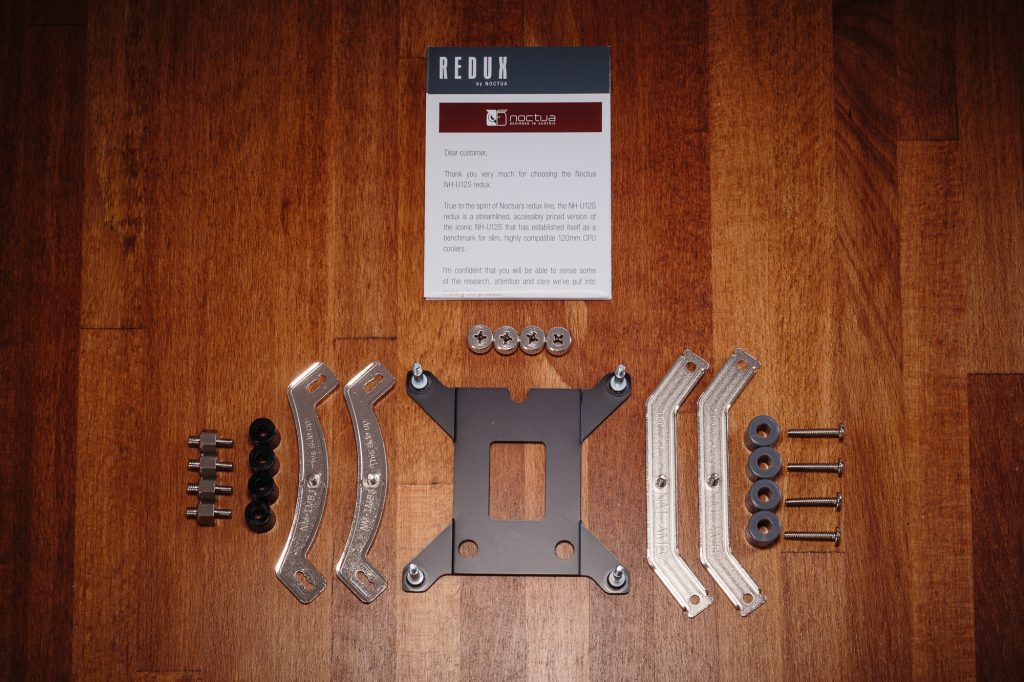 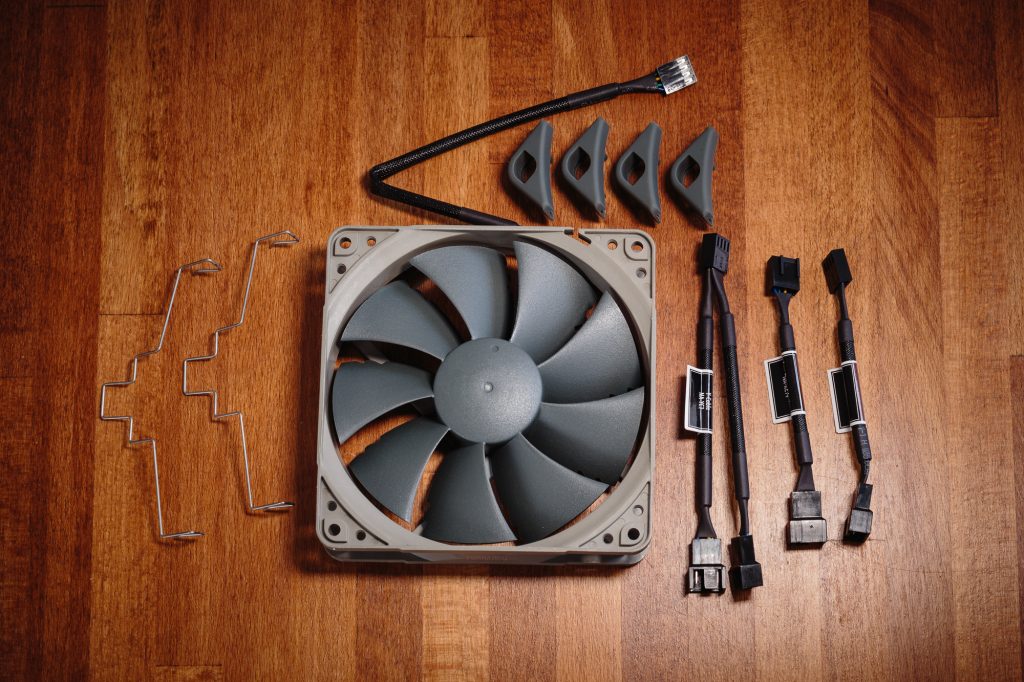 The proven and user-friendly SecuFirm2™ mounting system is present here. I am glad it’s here, because I consider this system to be a standard of simplicity and reliability of assembly systems. Installing this cooler is a matter of a few moments and you should have no problems.

Just out of curiosity, I compared all the current variants of NH-U12x coolers. You will find the differences mainly in the number of heatpipes and, in the case of the NH-U12A , also in the physical dimensions and weight. In addition, the Redux variant no longer supports older AMD sockets. The large differences in the selling prices of these coolers cannot be overlooked either.

The NH-U12S redux cooler uses an older type of NF-P12 fan, which is optimized especially for high static pressure at the cost of slightly higher noise. We will see how much this fan can compensate for the design differences of the cooler in the tests, and also how big the difference in noise is compared to the fans NF-F12 and NF-A12x25. 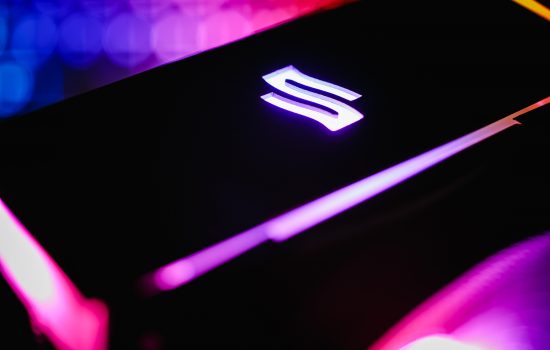 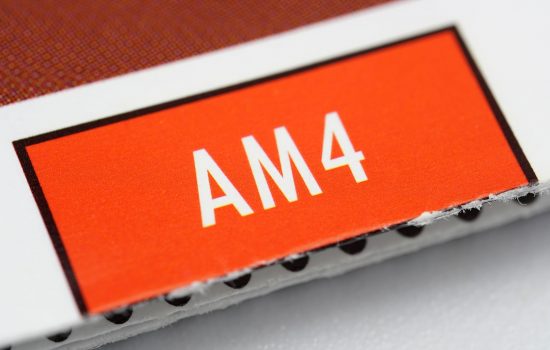